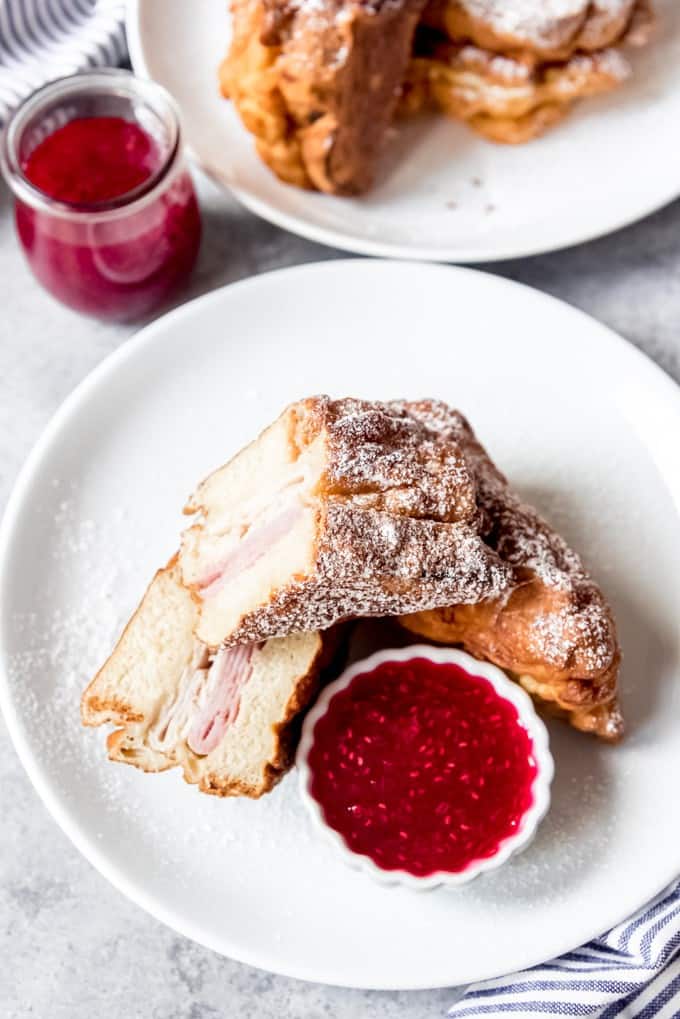 The entrance is in New Orleans square, but the dining area is inside the Pirates of the Caribbean ride, set on the water in the dark and lit dimly by flickering candles and lampposts as though it were a perpetual evening. You hear the water slapping against the sides of the ride boats as they glide past and the Disney-magicked sounds of a swamp on the bayou. The boats are far enough away that it doesn’t feel like the diners are being gawked at through their entire meal.

And then your server brings out your monte cristo sandwich (because once you’ve had one it’s the only thing you will want to order there ever and forever more) and man that is some serious Disney magic. The first time I tried a Monte Cristo sandwich, I had to be coaxed to try it with the jam and was shocked at how good it was. It’s a ridiculous idea and oh-so-wrong but oh-so-right. I mean, c’mon.

I’m not one of those Disney die-hards who thinks all the food at the park is amazing, but their monte cristo sandwich recipe is the real deal. You can also order it at the New Orleans Cafe, although the Blue Bayou has way more ambiance.

It’s sweet-meets-savory in sandwich form that is reminiscent of a donut (or maybe a beignet?), but in a dinner sort of way and stuffed with ham, turkey and cheese. It gets dipped in a simple batter, then fried and dusted in powdered sugar. Then you dip it in jam. 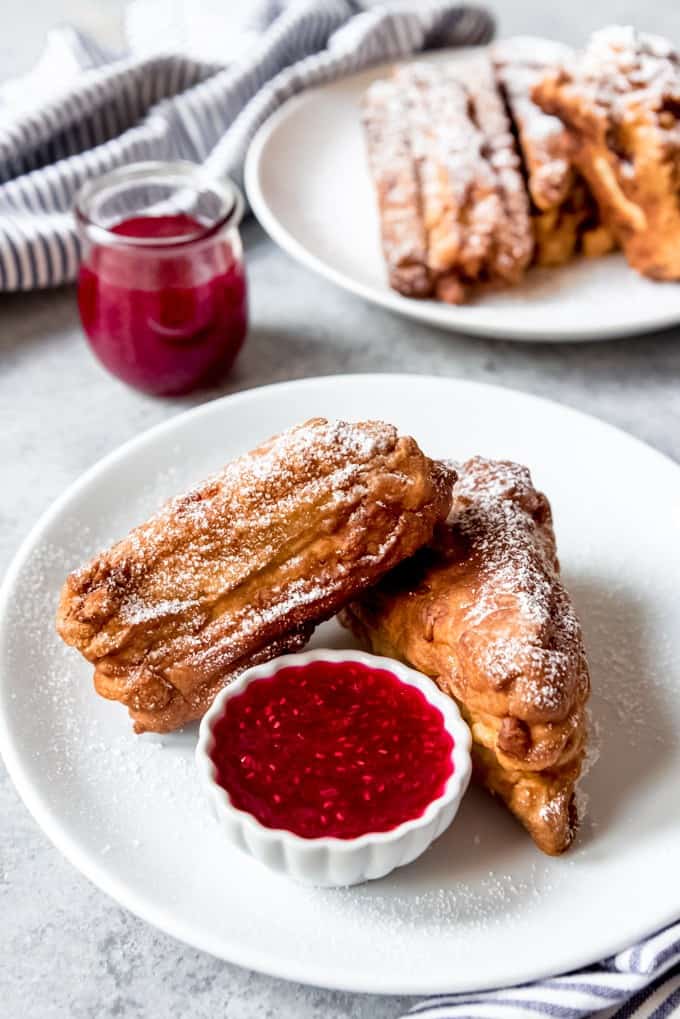 Monte Cristo sandwiches are best when made with a nice, thick rich bread like homemade challah. If challah isn’t available though, you could use brioche bread or even Texas toast. You just want something that will hold up to the batter and not immediately fall apart.

I prefer to use meat sliced thicker than I would normally get at the deli counter, just because I like the texture of it in the sandwich better than the thinly sliced stuff. But regular sliced deli meat is fine if that’s what you have on hand! This is also a great recipe to have around Thanksgiving, Christmas, or Easter when there is leftover turkey or brown sugar glazed ham to be used up.

From what I can tell, it was Disneyland that first named this riff on the classic French Croque Monsieur a Monte Cristo sandwich. But really, it’s just a leveled up take on a grilled cheese or a ham and cheese melt. 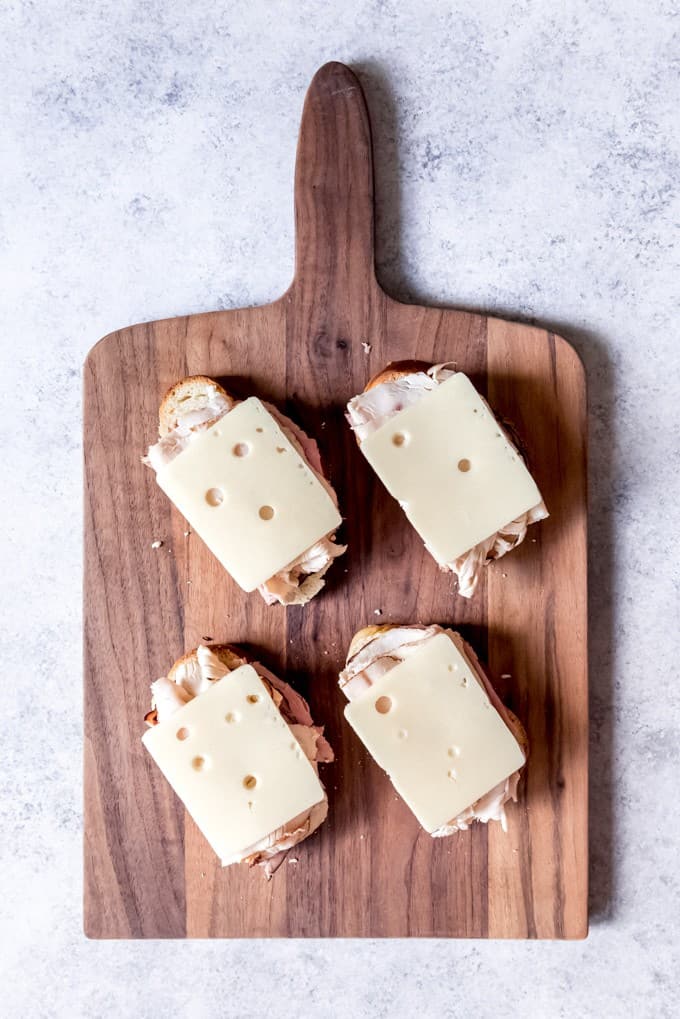 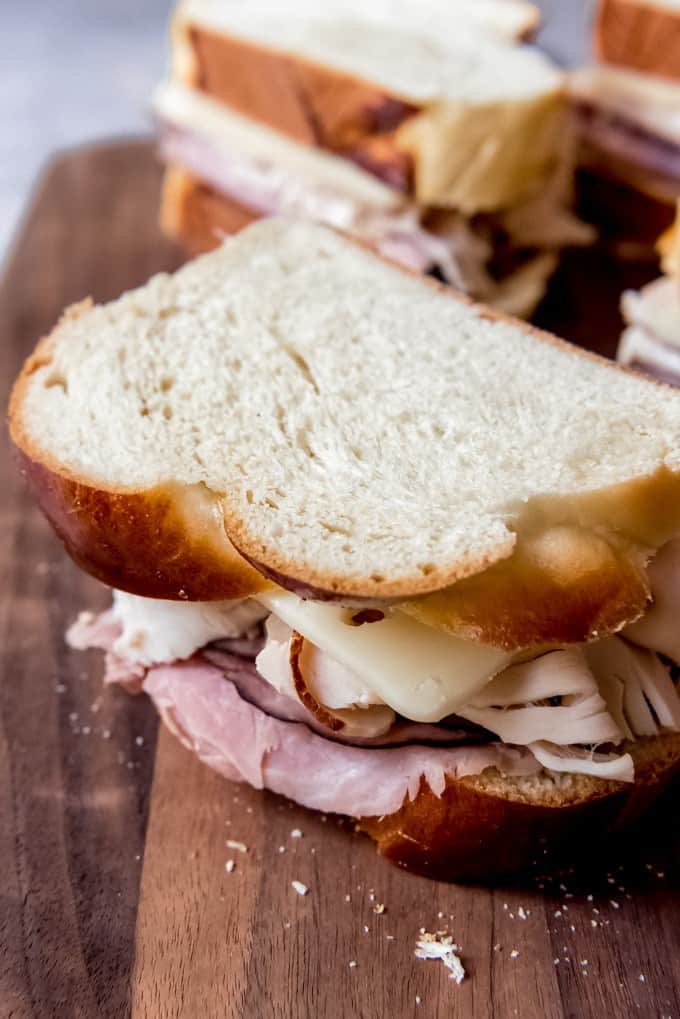 Then whip up the easy batter of flour, egg, milk, baking powder, salt, and water. Dip the whole sandwich in the batter, turning to coat both sides, then carefully lay it in a large skillet filled with 1/2-inch of hot oil (around 340 degrees F). 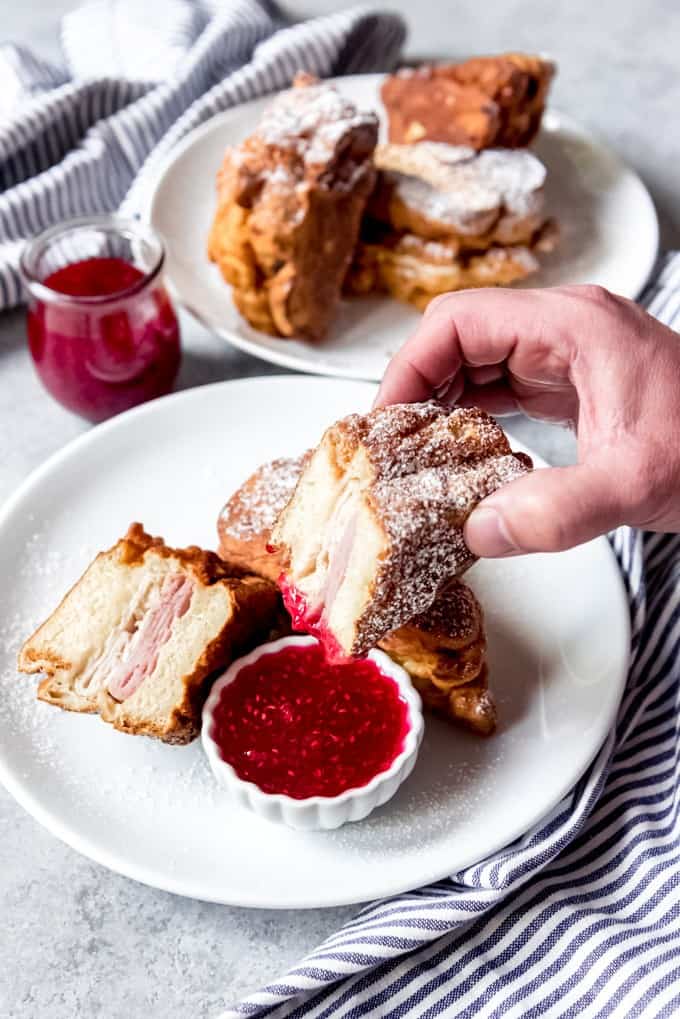 HAVE YOU TRIED THIS RECIPE?

RATE and COMMENT below! I would love to hear your experience. Getting feedback from you helps me and other readers too!

Also, if you share on INSTAGRAM, use the hashtag #houseofnasheats and tag me (@houseofnasheats) so I can stop by and give your post some love. Thank you!