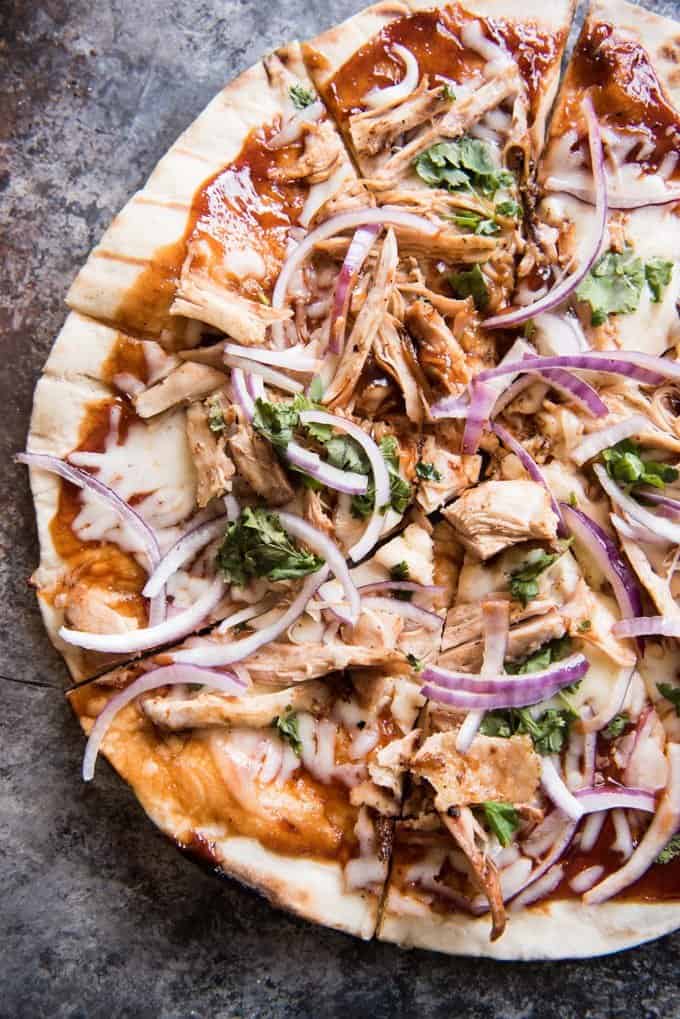 It’s been too long since I last posted a pizza recipe! I actually had this Grilled BBQ Chicken Pizza recipe ready to go last year when I first started this blog and then never posted it because the pictures I took were so terrible! But I recently decided to attempt photographing this pizza again and the pictures turned out much better.

We are big fans of homemade pizza at our house and make it on a regular basis (often on Fridays – it’s such a great way to kick off the weekend!).

It’s cheaper, fresher, and fun to make it yourself instead of picking it up at the local pizza place. 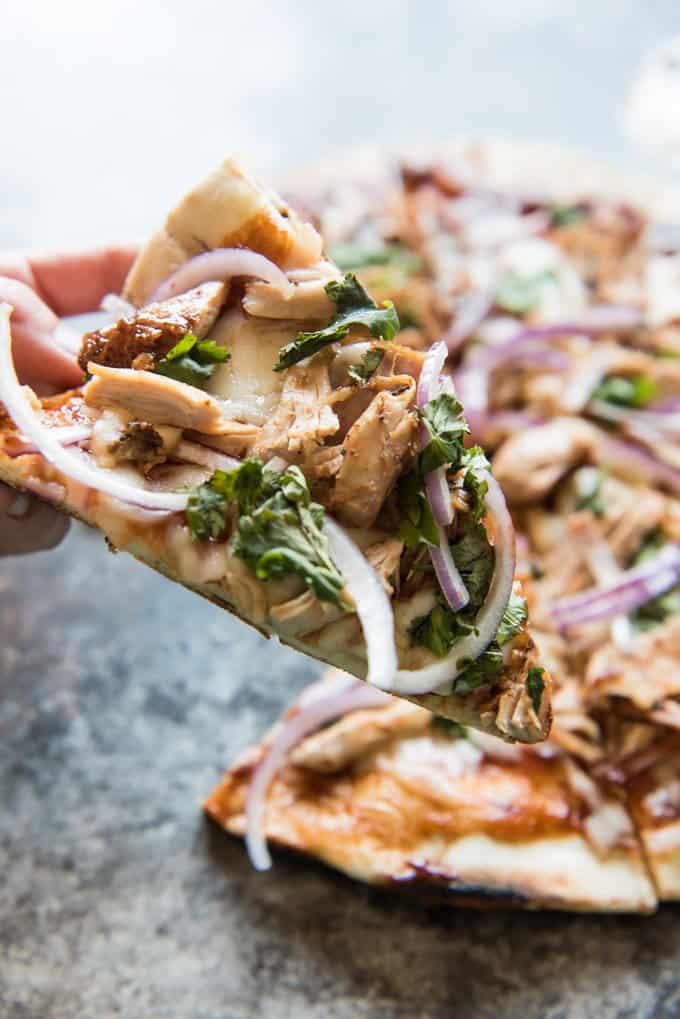 This grilled BBQ Chicken Pizza is a fantastic summertime meal because it tastes amazing and it doesn’t heat up your kitchen. And provided you are already outside earlier in the week grilling chicken for a a summery dinner of BBQ chicken with corn on the cob, you might as well make a couple of extra pieces of chicken to save as leftovers for a second meal like this pizza or a BBQ Chicken Cobb Salad. 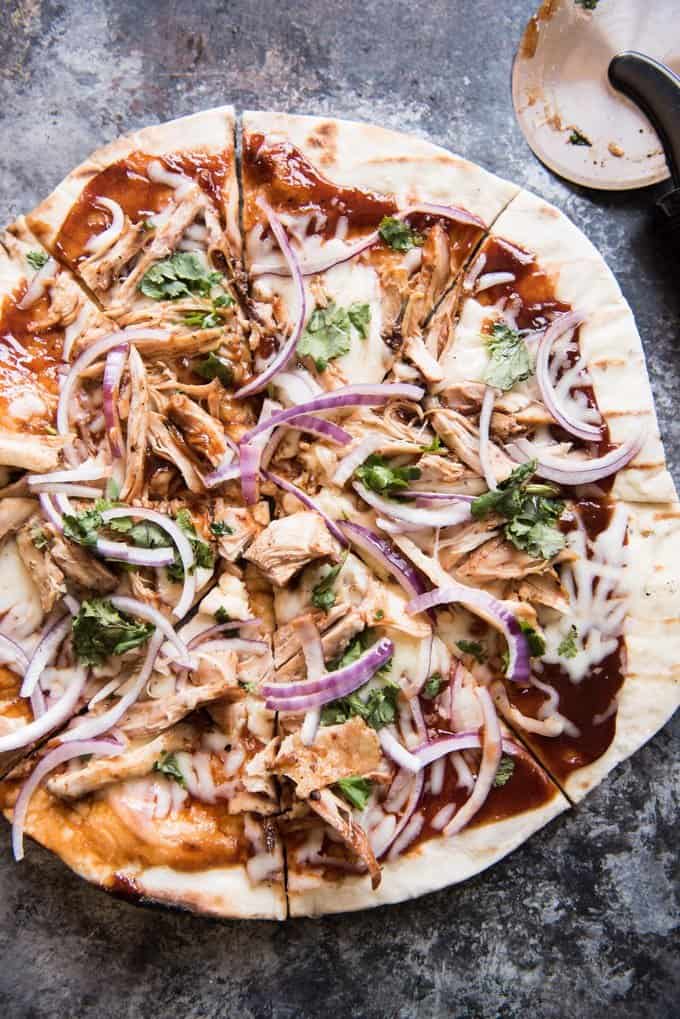 And while it might seem a little intimidating at first, it’s really not as hard as it seems and your family will go crazy over how amazing the grilled pizza turns out. 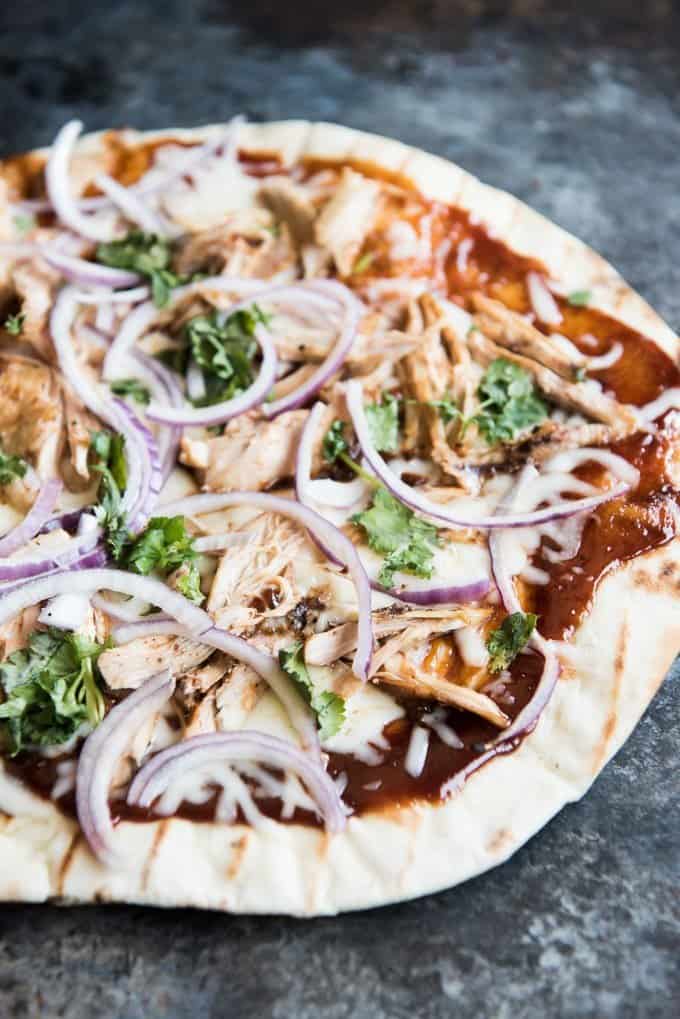 All pizzas do best when cooked at high temperatures. It’s how they get their crispy edges while also achieving a chewy crust. You will want to preheat your grill to medium-high heat with the lid closed about 10 minutes before you plan to start grilling.

As long as your grates are cleaned and lightly oiled, the pizza won’t stick at all.

Because you are going to be doing the cooking outside where you don’t have all your kitchen drawers and utensils close at hand, it’s helpful to have all your supplies ready to go next to the grill.

I’ve learned from experience that running back into the house to grab a spatula to flip the pizza isn’t the best idea unless 1) your grill is basically right beside your kitchen, 2) you love the taste of extra crispy charred crust, or 3) you don’t mind feeling frantic when you cook.

Because grilled pizza cooks quickly, this isn’t the kind of process where you will have time to shred cheese or chop onions while the pizza crust starts cooking.

It’s always a good practice to chop and prep everything that goes into a dish before you start actually cooking it, but especially so with grilled pizza. You have to move quickly and will be grilling more than one pizza at once, so the prep is key here.

Just grab a large tray or spare baking sheet and load it up with everything you need, including olive oil for brushing on the pizza crust while it’s on the grill. 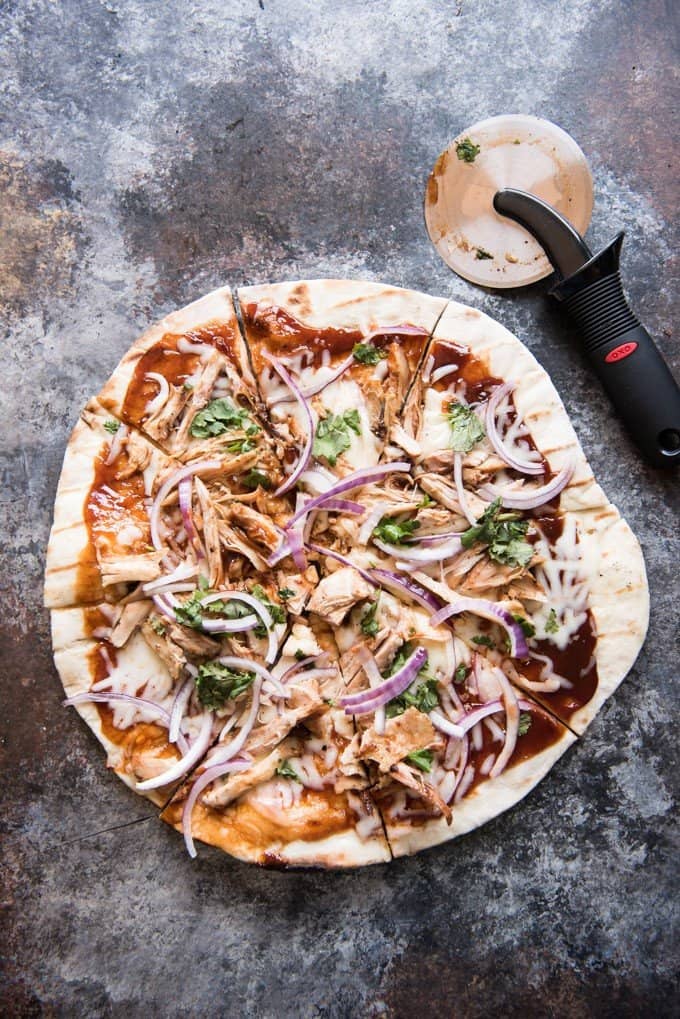 Try to throw out any preconceived notions about pizza shape when grilling pizza on the grill. The stretchy, flimsy dough is going to flop around and you sort of just throw it down on the hot grill and won’t be able to move it without tearing it until the underside has cooked for a few minutes, so if your grilled BBQ chicken pizza ends up with an irregular shape, just embrace it’s charm and go with it.

I find that making smaller pizzas is easier than making large ones, when it comes to grilling. I usually divide my dough into 3 or 4 balls and roll them out about 1/4-inch thick, since I prefer a thinner crust on a grilled pizza.

If your pizza dough is on the thicker side, closer to 1/2-inch thickness, it might take a bit longer to cook through, so take note of that when checking for doneness on your grilled BBQ chicken pizza. 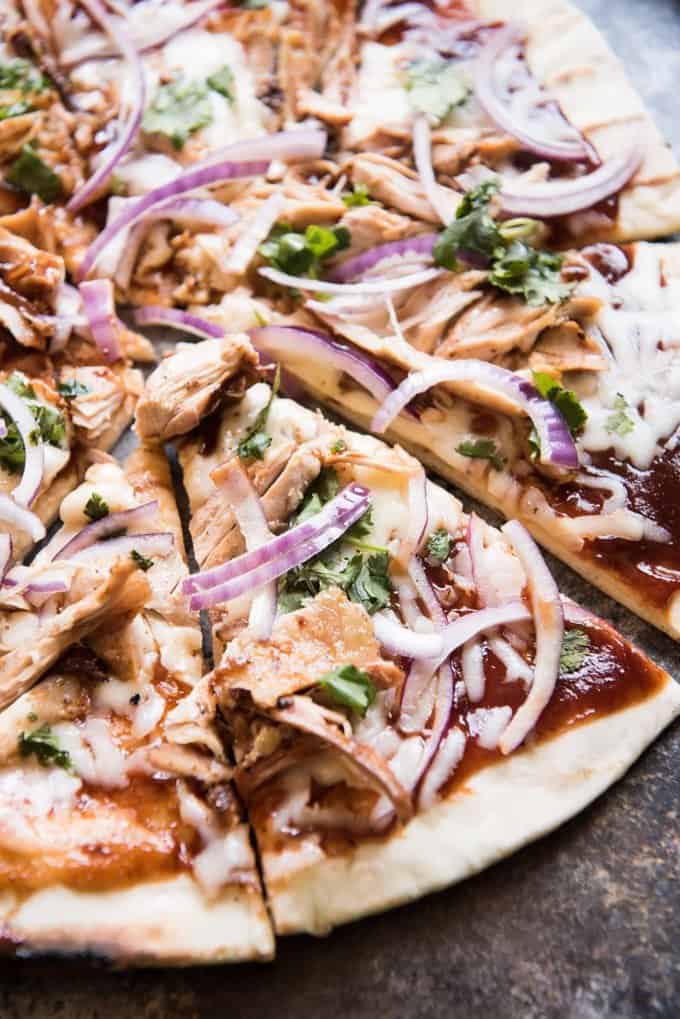 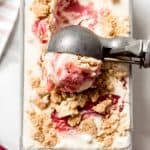 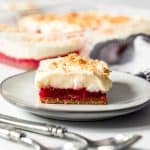 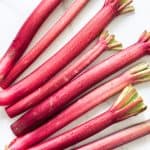 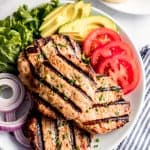