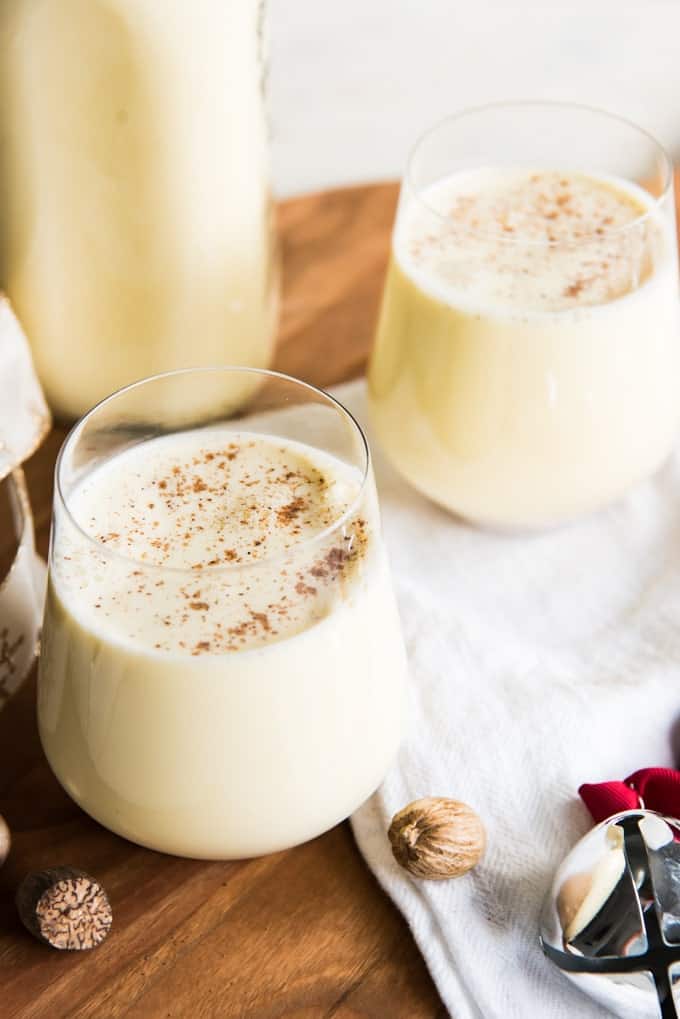 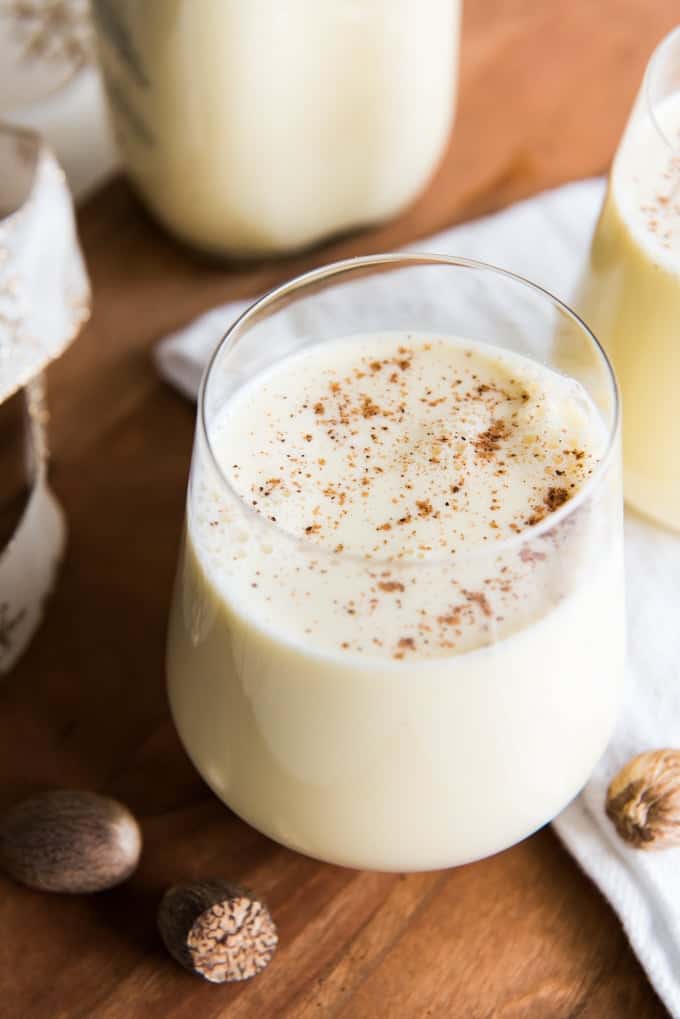 Light, creamy, and spiced with freshly grated nutmeg, eggnog is a beloved classic holiday beverage with a fascinating history! This non-alcoholic Homemade Eggnog is so, SO much better than store-bought eggnog that shows up in cartons around the holiday season.

This recipe is alcohol-free, meaning that everyone can get in on the festive cheer! You can always add some alcohol into the mix if you desire, but this is the BEST homemade eggnog recipe without alcohol that I've ever made.

I've never been a fan of eggnog from the grocery store, as it tends to be sweeter, thicker, and richer than homemade eggnog, but to the point where it's just too much. There also seems to be a bit of a chemical aftertaste, which is just not welcome. On the other hand, homemade eggnog is light and creamy, with a hint of nutmeg making it super festive and warming.

It's so good that I am positive it will convert even the biggest eggnog doubter to a festive eggnog lover. My husband, who previously wouldn't have touched the stuff, but now is the reason I make a double batch!

The History of Eggnog

Eggnog most likely started out as a drink called posset in England in the middle ages. It evolved over time but was essentially a combination of milk, eggs, and alcohol.

The ingredients for the historically traditional eggnog recipe were available to the poorer classes who had milk and eggs, and could generally get access to cheap rum. The drink was often used to make celebratory toasts to good health and prosperity on special occasions. When it reached the Americas in the 1700s it became associated with the Christmas holidays, and so the festive spiced drink tradition was born!

Eggnog, and its precursors, were invented long before refrigeration, likely as a means of preserving some of the milk and eggs that were plentiful during the summertime. This meant they could be consumed during the lean months of winter when milk and egg production slowed down and those ingredients were scarce. Alcohol was added as a powerful preservative and sterilizer, killing almost all the bacteria that will cause food to spoil.

It was also in America that rum became associated with eggnog, thanks to rum being a product of the Carribbean, and much less expensive in the colonies than other alcohol that would have been shipped from Europe. So people could make their own homemade version of eggnog using lots of fresh eggs, milk, and cream, add some alcohol, and then let it sit for months before drinking it!

By the Victorian period (1837-1901), eggnog had largely replaced punch in America as the drink of choice during the holidays. It was also one of the few alcoholic drinks that were considered socially acceptable for ladies to drink in public. This article from TIME has a brief history of eggnog, along with a famously heavy-on-the-alcohol eggnog recipe written by none other than George Washington that was included in the "Old Farmer's Almanac":

Firstly, I'm recommending that you heat the milk and cream, then use the mixture to temper the egg yolks. It's not so much cooking the eggs as heating them just enough to kill bacteria to reduce the risk of salmonella, around 160 degrees Fahrenheit. You would in all likelihood be fine without heating the mixture. Yet, when I was recipe testing, I actually preferred the batches of eggnog where I had heated the eggs. I think the heat improved both the flavor and the texture, so it's worth taking the extra minute or so to do this.

Secondly, I recommend adding a little rum extract to the eggnog, as this recipe doesn't actually contain rum. I feel like the rum extract gives this eggnog that little extra somethin' somethin' without adding any booze. You basically get the classic eggnog flavor without the alcohol!

Lastly, while you are probably going to want to drink the eggnog right away, if you can wait and let it sit in the fridge overnight, it will help to develop the flavor and texture and taste even better somehow. Historically, eggnog was aged for weeks or even months before consumption. So, letting your eggnog have a bit of time (up to 1 week) for the flavors to meld together will just add to its authenticity. If you don't have the time to wait, then it will still taste delicious on the day you make it.

If you really want an authentic eggnog-making experience, go ahead and skip the cooking and tempering process and just beat the egg yolks and sugar together before adding the remaining ingredients. I made a couple of batches this way and it does taste very good, but I did ultimately prefer the cooked version. However, if you are worried about raw eggs, you could look for pasteurized eggs, which the USDA says are safe for consumption without cooking.

Additionally, you can beat the otherwise unused egg whites into a froth and fold them into the mixed eggnog as a final step. Alternatively, you can use the egg whites to make this Old-Fashioned Divinity Candy to enjoy with your eggnog, or to give as gifts to friends and family for the holidays!

How To Make Homemade Eggnog

Mix egg yolks and sugar. Whisk egg yolks together with the sugar in a mixing bowl until creamy and a light color.

Put new mix back in the pan. Add the tempered egg yolk liquid back into the pan with the remaining milk and cream and heat until it reaches 160 degrees F or just starts to coat the back of a wooden spoon.

Put in a bowl and refrigerate before serving. Transfer to a bowl and cover tightly with plastic wrap, then chill completely in the fridge until ready to serve. Best served the next day once the eggnog has had time to age slightly.

What is traditional eggnog made of?

A traditional eggnog recipe contains eggs, egg yolk, milk, sugar, heavy cream, vanilla extract, and liquor of either sherry, rum, or brandy, or a mixture of these. It is then topped with whipped cream and a sprinkle of nutmeg or cinnamon.

What can I use instead of heavy cream for eggnog?

Try half and half, whole milk, coconut milk, or almond milk as a substitute for the heavy cream in eggnog, but bear in mind that the result won't be as creamy or thick as with the original ingredients.

How do you thicken eggnog?

If your own eggnog is too thin you can thicken it by folding a little whipped cream into it. Simply whip about 1 cup of heavy cream and fold it into the eggnog mixture before serving.

How far in advance can I make eggnog?

This recipe will stay good for up to 7 days when correctly stored in an airtight container in the refrigerator. This means you can make this recipe up to a week in advance if you want to enjoy it on Christmas Day, meaning you have more time with the family!

Why is it called eggnog?

No one is quite sure exactly how it got the name eggnog. Some say it was named for the small cups or wooden mugs, called noggins, that were used for posset and similar beverages. Others think eggnog was named after the practice in colonial America of referring to thick drinks as grogs. This particular beverage came to be called egg-and-grog and eventually, shortened to eggnog. 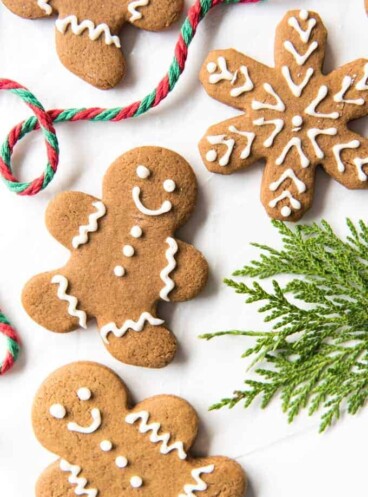 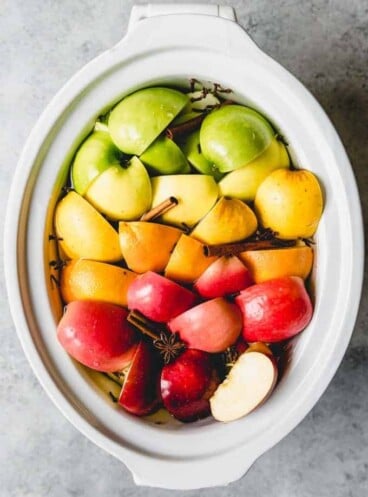 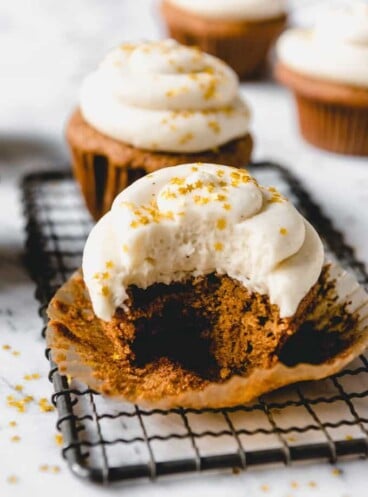 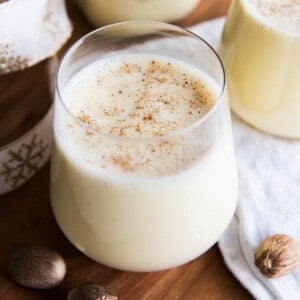 5 from 22 votes
Amy Nash
Prep Time 10 mins
Cook Time 10 mins
Total Time 20 mins
Course Drinks
Cuisine American
Servings 8 cups
Light, creamy, and spiced with freshly grated nutmeg, eggnog is a beloved classic holiday beverage with a fascinating history! This non-alcoholic Homemade Eggnog is so, SO much better than store-bought eggnog that shows up in cartons around the holiday season. 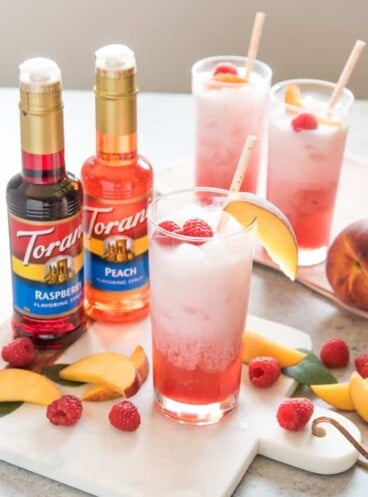 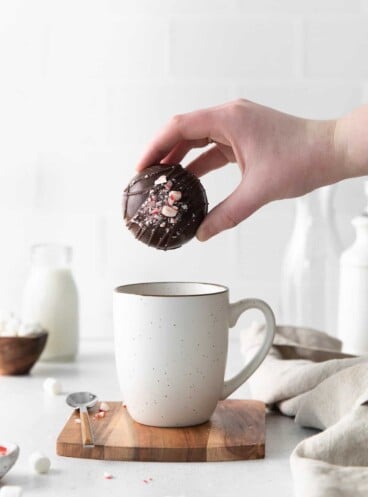 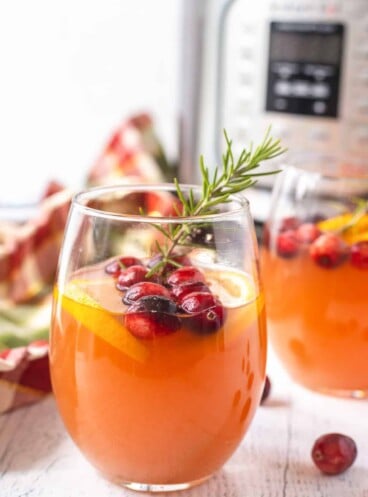 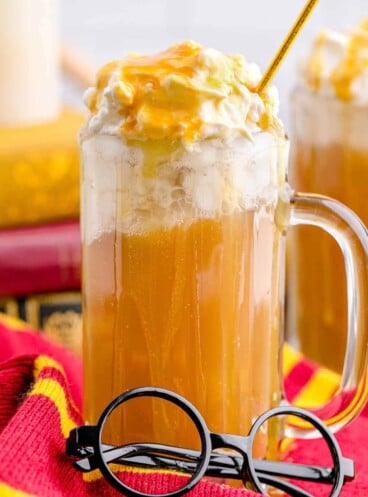