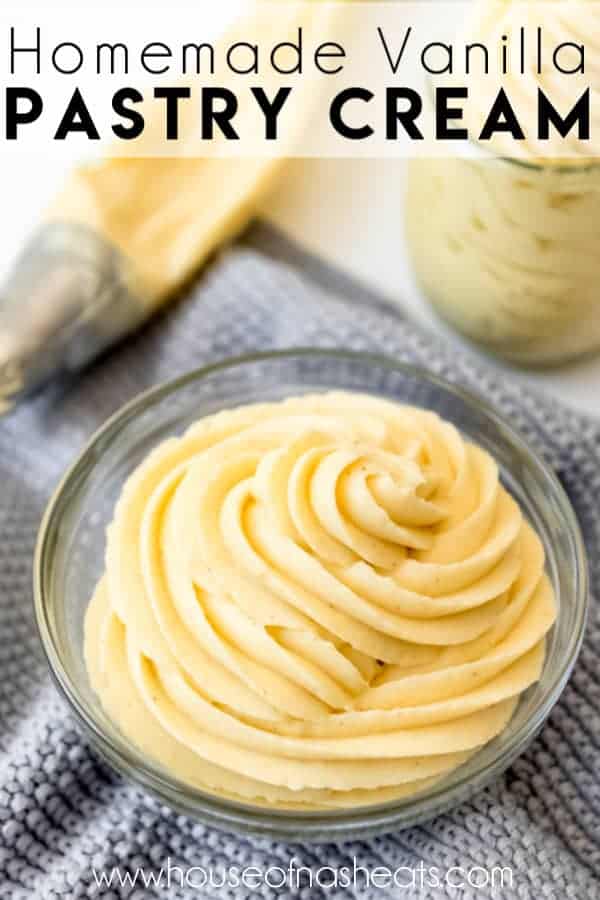 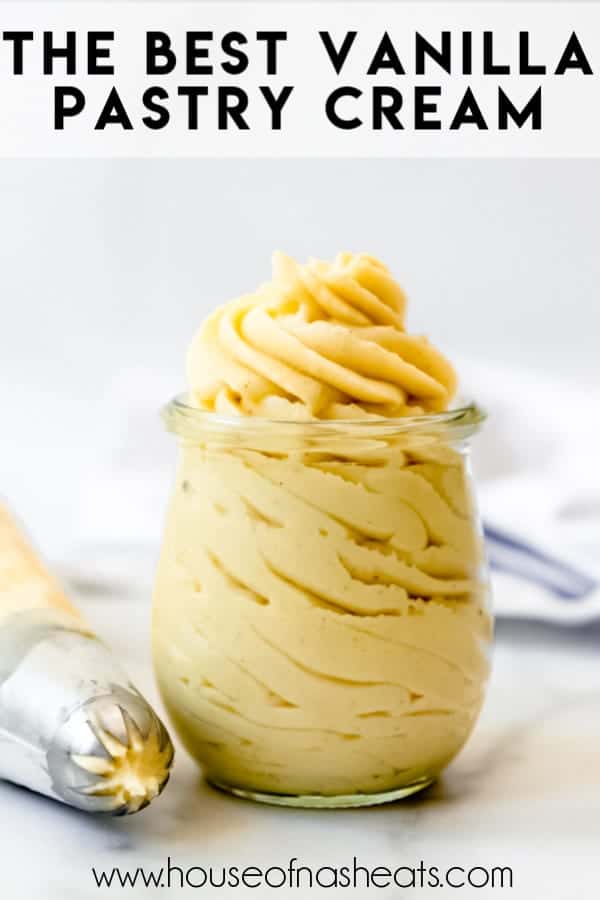 Smooth, rich Vanilla Pastry Cream (aka creme patisserie) is a classic French filling used in many dessert recipes. It's easier to make than you might think and can be used in so many ways!

We use this vanilla pastry cream so often that I decided it needed it's own dedicated post. It's perfect for filling French Fruit Tarts, Cream Puffs, Burnt Almond Cake, eclairs, cupcakes, and more!

I first made this recipe when attempting to make authentic French fruit tarts that could equal the ones I enjoyed during my visits to Paris and other parts of France. Julia Child's famous cookbook, Mastering the Art of French Cooking, was my primary source for learning how to make creme patisserie, which is the french name for this creamy, thick custard filling that has a silky smooth texture and is sturdy enough to be piped in swirls.

You don't have to be a skilled chef to master a simple French pastry cream. It uses super basic ingredients and is made in one pot on the stove, with excellent results every time.

This pastry cream is thickened with cornstarch and egg yolks, so it's naturally gluten-free.

In many recipes, we use this pastry cream as is, although sometimes I like to lighten it up a bit by folding it into 1 cup of heavy cream that has been whipped with 2 tablespoons of powdered sugar and a little vanilla.

How to make pastry cream

You can make the pastry cream 3-4 days in advance. Just keep it stored in the fridge in an airtight container.

Pastry cream does not freeze well and will be weepy and break when thawed instead of being smooth. I don't recommend freezing it. 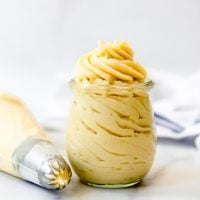