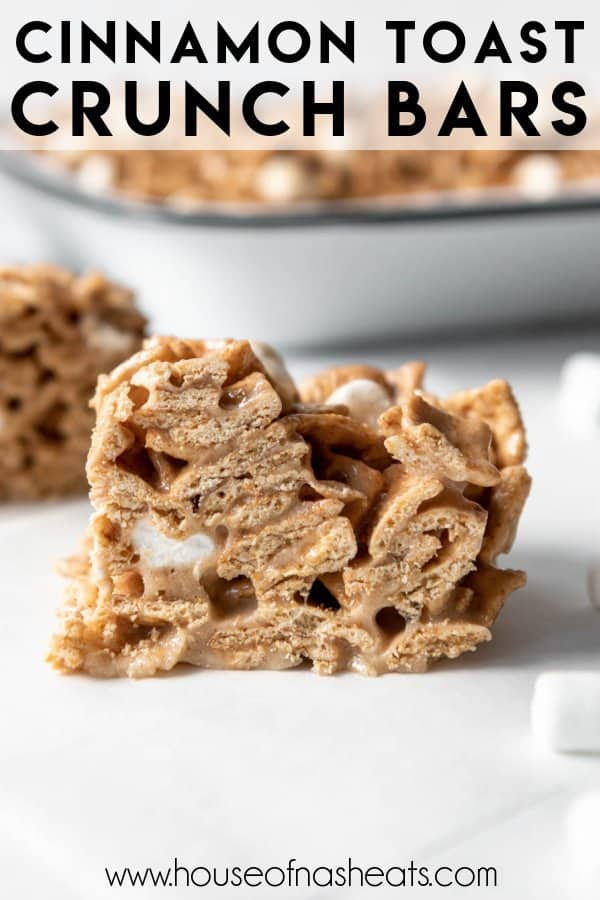 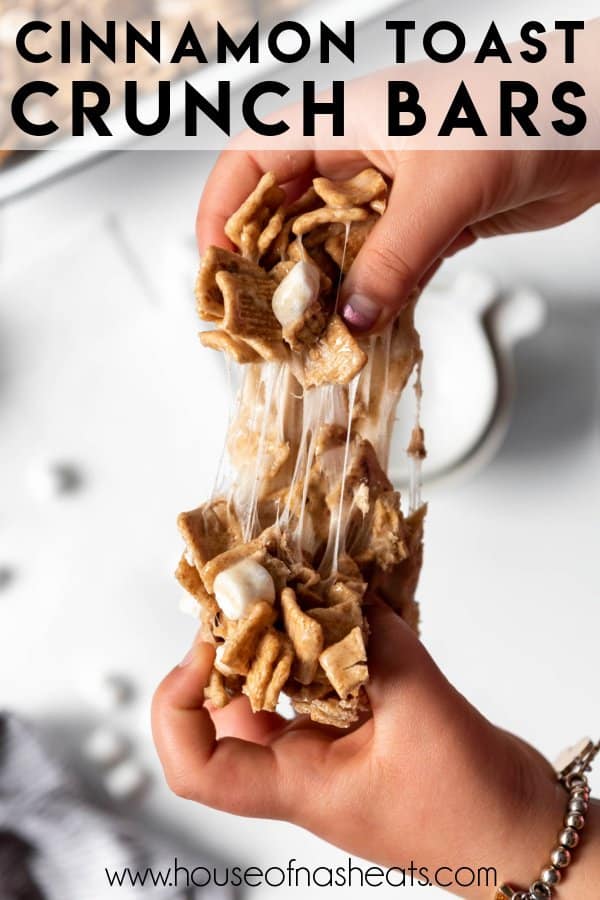 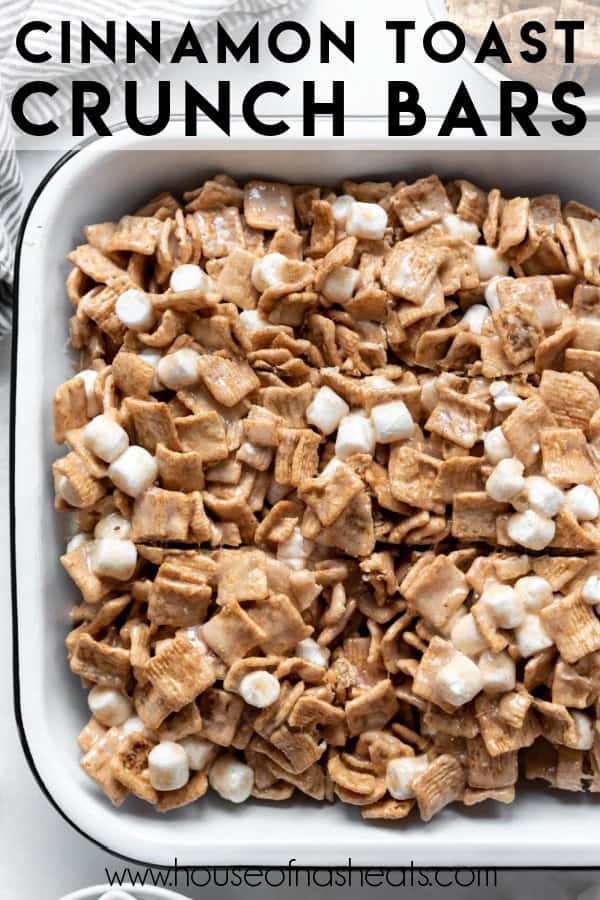 Gooey, crunchy, and full of our favorite breakfast cereal treat, these Cinnamon Toast Crunch Bars are basically just rice krispies treats made with a different kind of cereal, but somehow they manage to be something so much more!

If you love cinnamon desserts, be sure to also check out our Homemade Churros, Copycat Crumbl Cinnamon Swirl Cookies, and Cinnamon Roll Waffles.

My friend Meredith brought these Cinnamon Toast Crunch cereal bars to a bake sale & car wash fundraiser that our church youth group was holding to raise money for summer camps. They were so delicious with the perfect ratio of gooey, stretchy marshmallow to crunchy cinnamon-sugar squares that I just couldn't resist them!

Cinnamon Toast Crunch is my favorite cereal and has been for basically ever. I never eat it for breakfast, but it's my secret afternoon snack or treat after the kids go to bed. I'm obsessed!

I immediately texted Meredith about my passion for her Cinnamon Toast Crunch bars and she gave me her ratios and told me her secret that makes them extra delicious: she uses the large marshmallows instead of the mini marshmallows for the base because she feels like there is less powdery surface area exposed so the marshmallows melt into a stretchier, gooier version.

Then I came home and promptly took pictures of Merdith's bars (because of course I went back and bought the entire pan) so I could share them on here so everyone can taste how incredible they are. You guys, I didn't even make these myself, but this girl wastes no time sharing a new favorite treat with the world. Don't worry, Meredith said it was okay.

The cereal actually stays crunchy so the bars have the BEST texture with the soft marshmallow and substantial crunch from the cereal that lives up to its name. Your family is going to LOVE them.

This is a quick overview of the ingredients you'll need for these Cinnamon Toast Crunch bars. Specific measurements and full recipe instructions are in the printable recipe card below.

Can you make marshmallow cereal treats in the microwave?

If you prefer not to use the stovetop, you can melt the butter and marshmallows in the microwave by heating for 60 seconds, then stirring and heating for an addition 15-30 seconds as needed until the mixture is smooth. 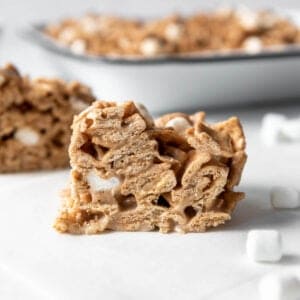