Fluffy German Apple Pancakes with Cider Syrup are perfect for a fall weekend and are a great way to change up the traditional German pancake recipe, also known as a Dutch baby. 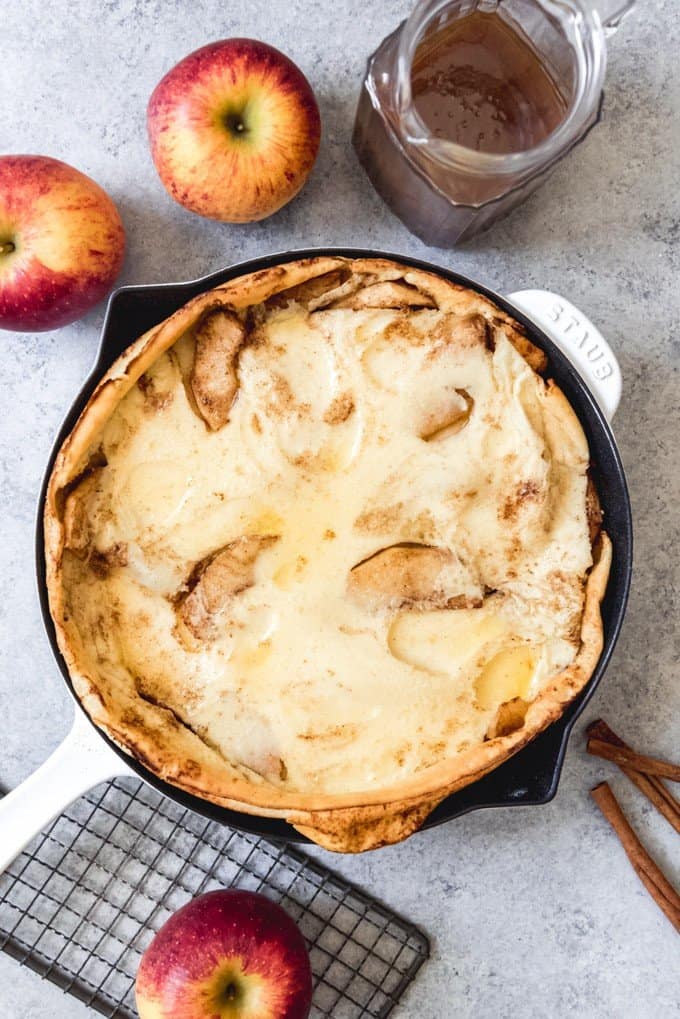 At our house, weekends typically call for pancakes in one form or another. Sometimes that’s traditional fluffy buttermilk pancakes, sometimes it’s thin French crepes with fruit and nutella, but often it’s German pancakes. 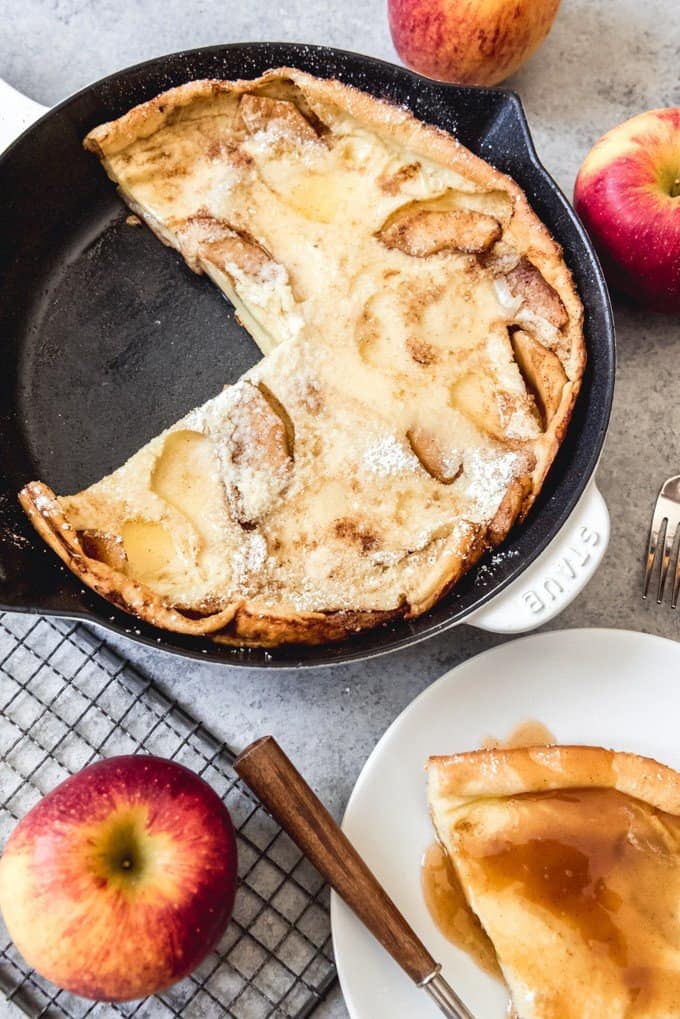 We were introduced to German pancakes later in life by our friend Ginny who made them for us one weekend while we were visiting at her house. I just love how they puff up in the oven and then get drizzled with homemade buttermilk syrup. They are so delicious and a total splurge breakfast that is one of the most often requested treats by our 7-year old who has a particular fondness for German pancakes.

But there is a classic apple variation known as Apfelpfannkuchen in German, which basically ups the classic dutch baby game by adding apples sauteed with a little butter, cinnamon, and sugar to soften them and release some of their natural juices.

And while you can totally enjoy these German apple pancakes as they are out of the oven with just a dusting of powdered sugar to sweeten them, I’ve gotta admit that the cider syrup is what really puts this breakfast over the top. In fact, when my apple-loving husband tried them, he declared that he thinks he actually even prefers these apple german pancakes over the plain ones. 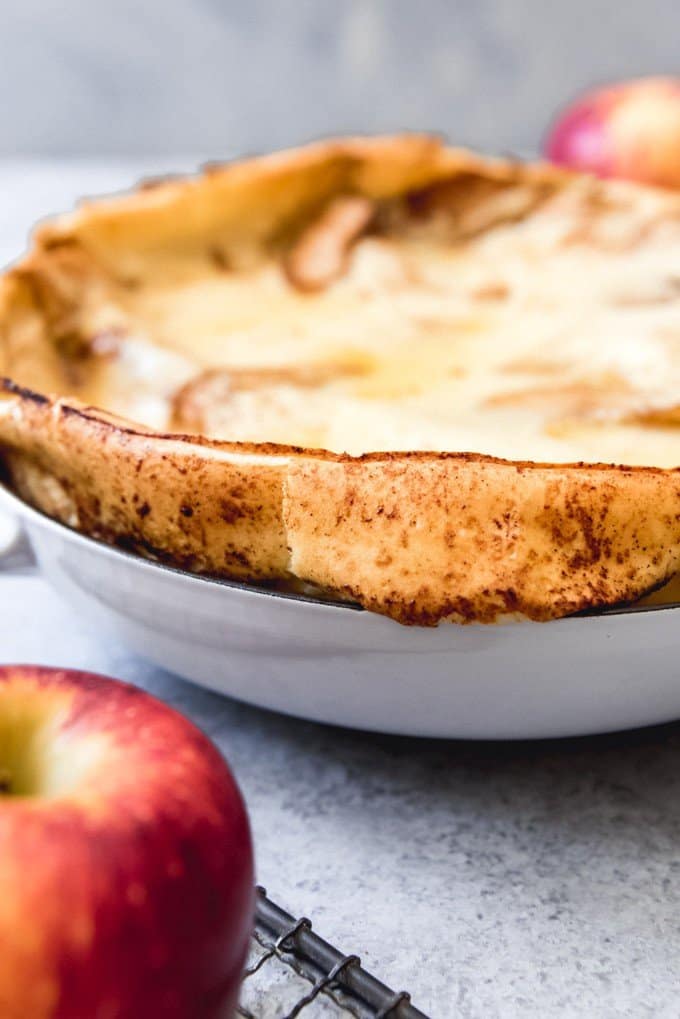 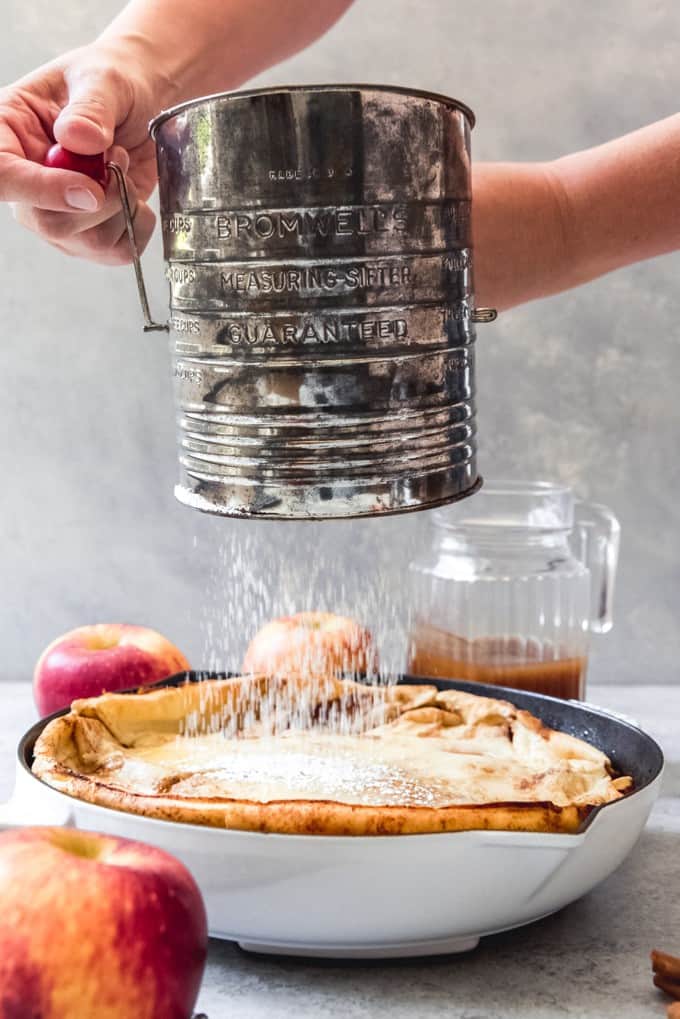 If there is any leftover cider syrup, it also makes a fantastic ice cream topping as well.

How to Make German Apple Pancakes

An immersion blender is awesome for mixing up this german apple pancake batter! The texture was absolutely perfect and it was so easy to use. I’m looking forward to using my immersion blender to make aioli and blending hot liquids for creamy soup bases as well. 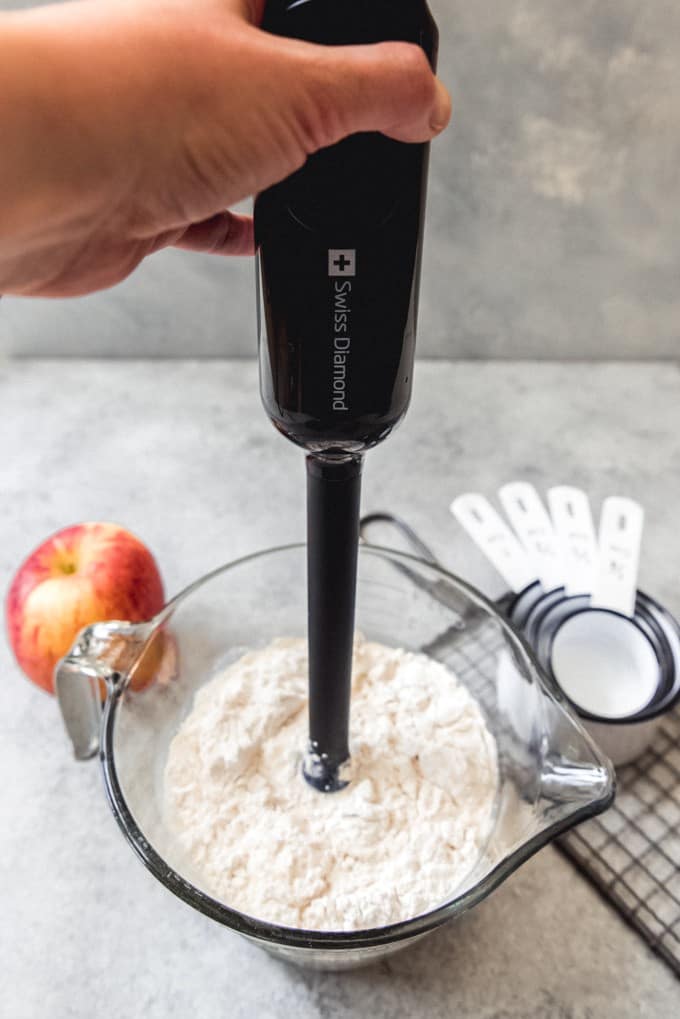 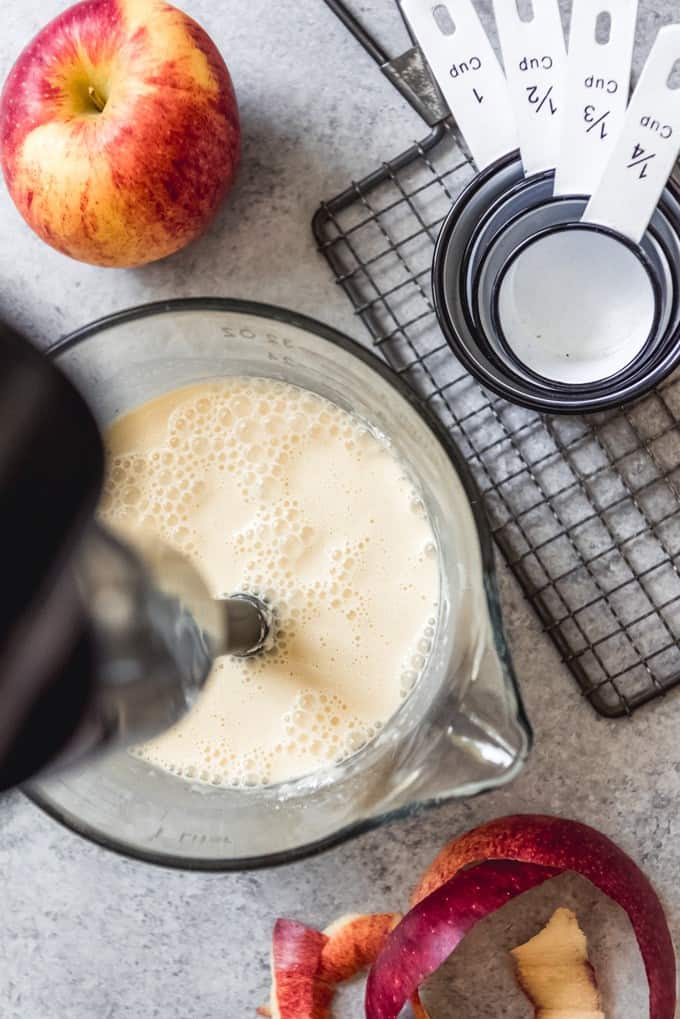 I like to mix up the pancake batter first, and then work on the apples while the batter rests, which helps the texture, I think.

To prepare the apples, I first melted some butter in a 10-inch cast iron skillet. The beauty of these German apple pancakes is that you can saute the apples in the same pan you plan to bake the pancake in the oven with. Although if you don’t have a cast iron pan, you could saute the apples in any skillet and transfer them to a square baking dish if needed.

I peeled and cored a sweet, firm apple before adding it to the butter in the skillet, then added the brown sugar and cinnamon. Stir the apples occasionally to ensure they soften evenly, and the apples will start to caramelize while they cook. When they are tender, add the remaining butter to the pan and let it melt. Then pour the pancake batter into the hot pan directly over the butter and apples and stick it in the oven to bake. 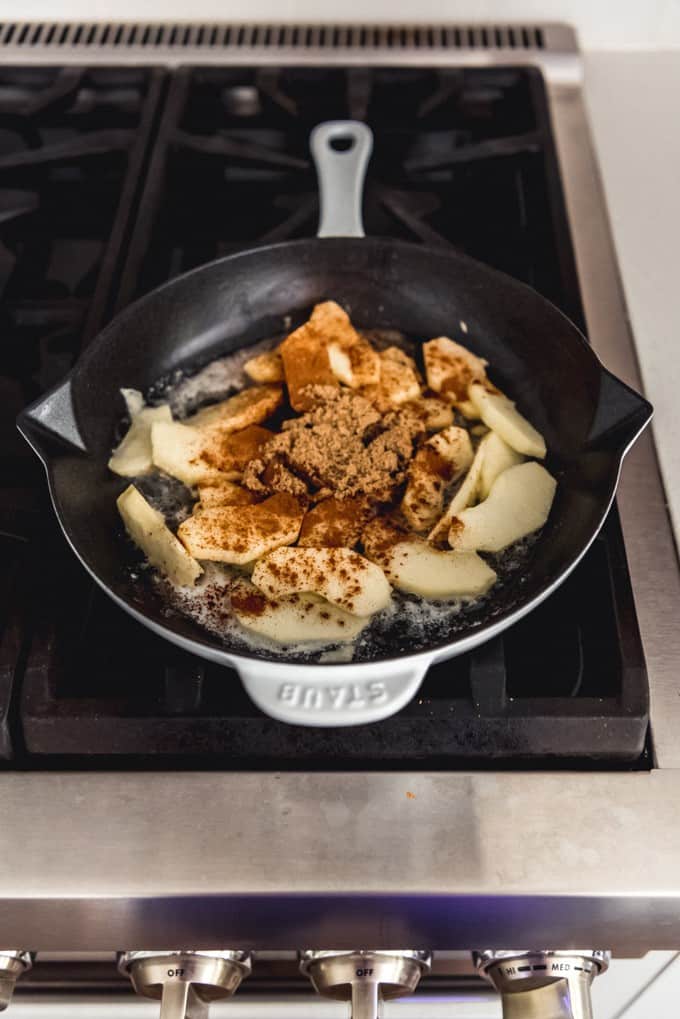 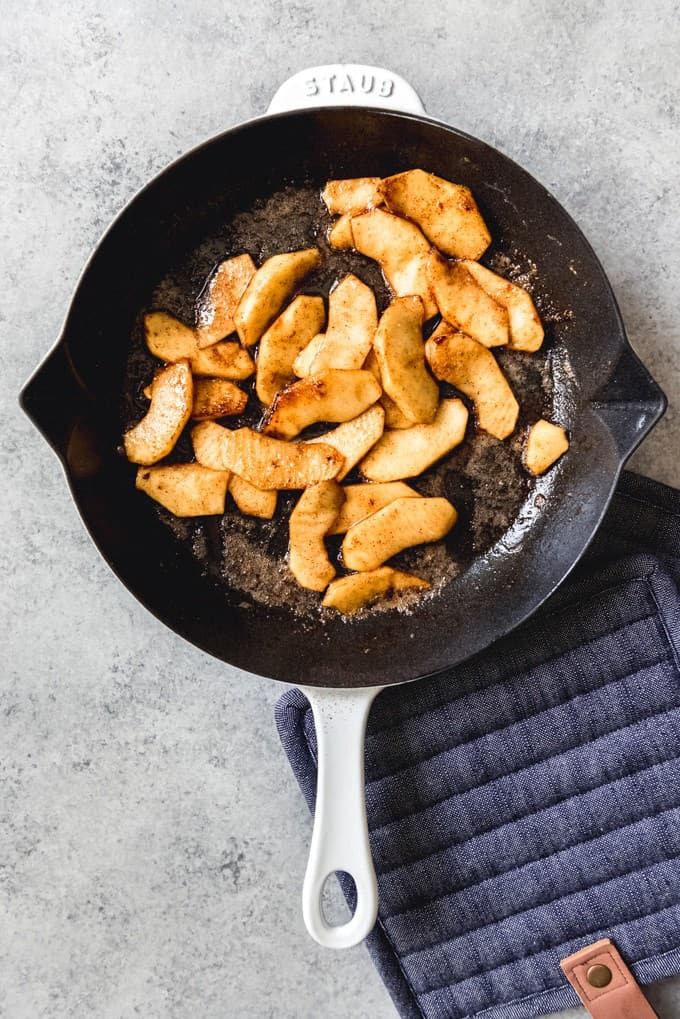 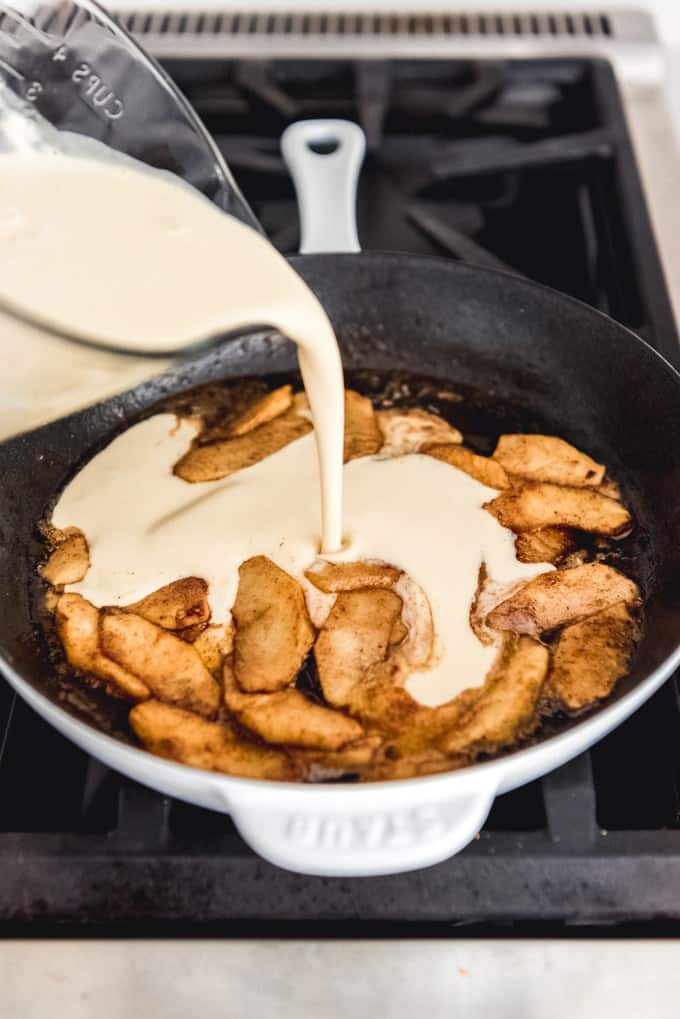 The pancake will puff up a lot while it bakes, but will rapidly deflate when you pull it out of the oven. That’s totally normal and what to expect when making dutch babies. 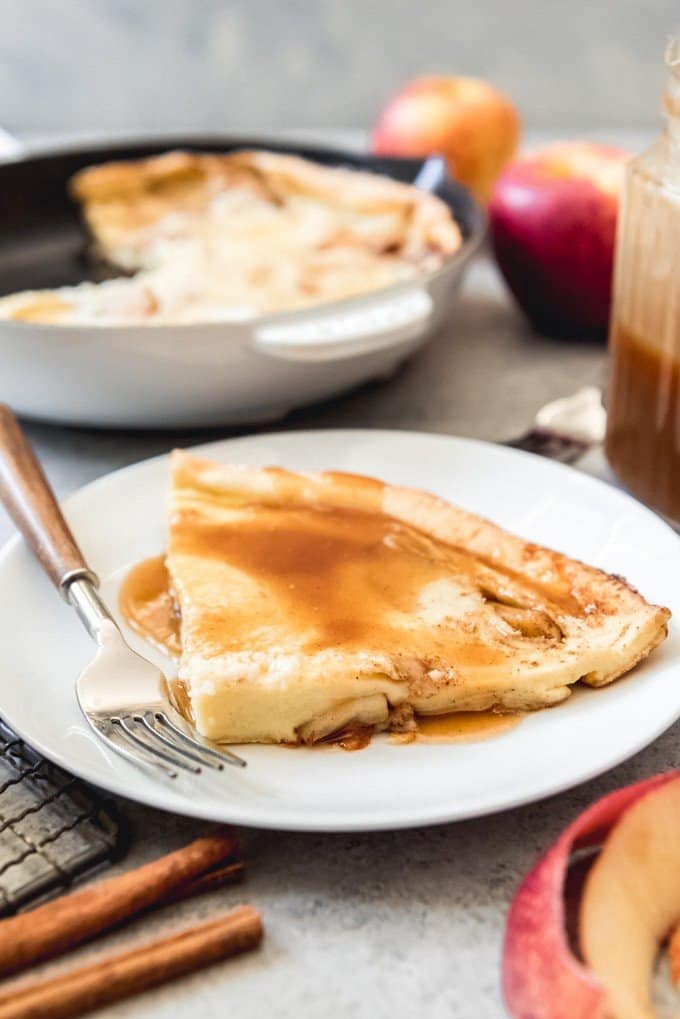 How to Make Cider Syrup 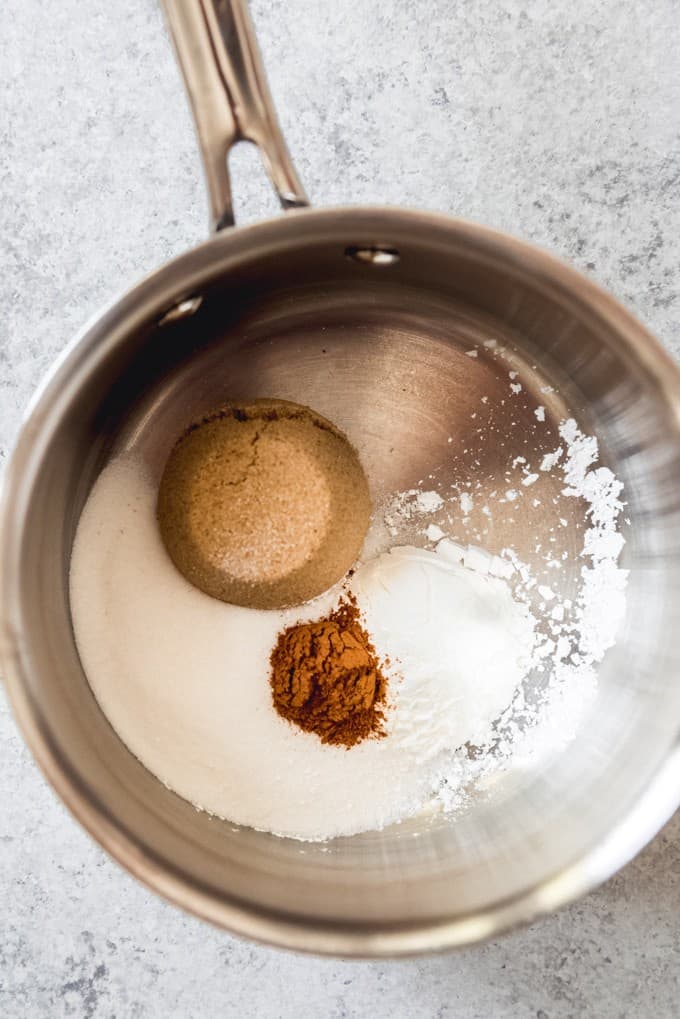 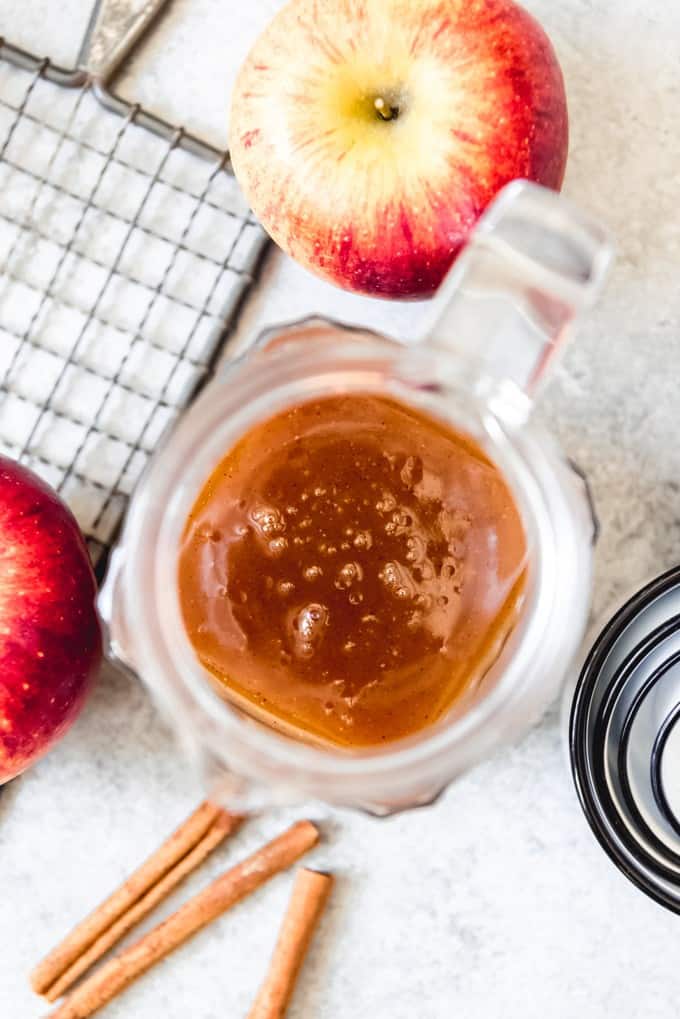 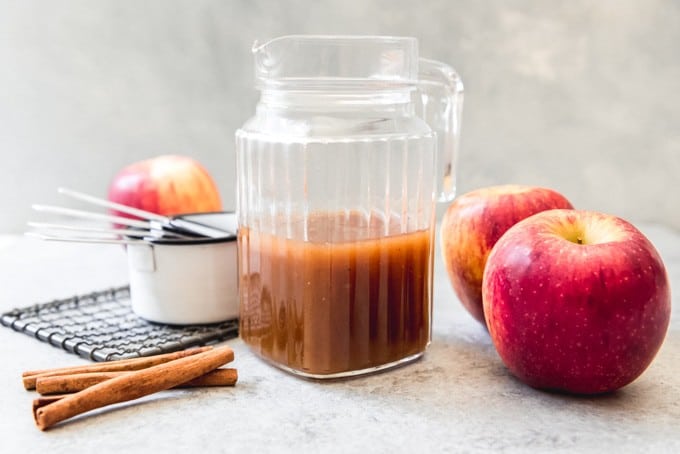 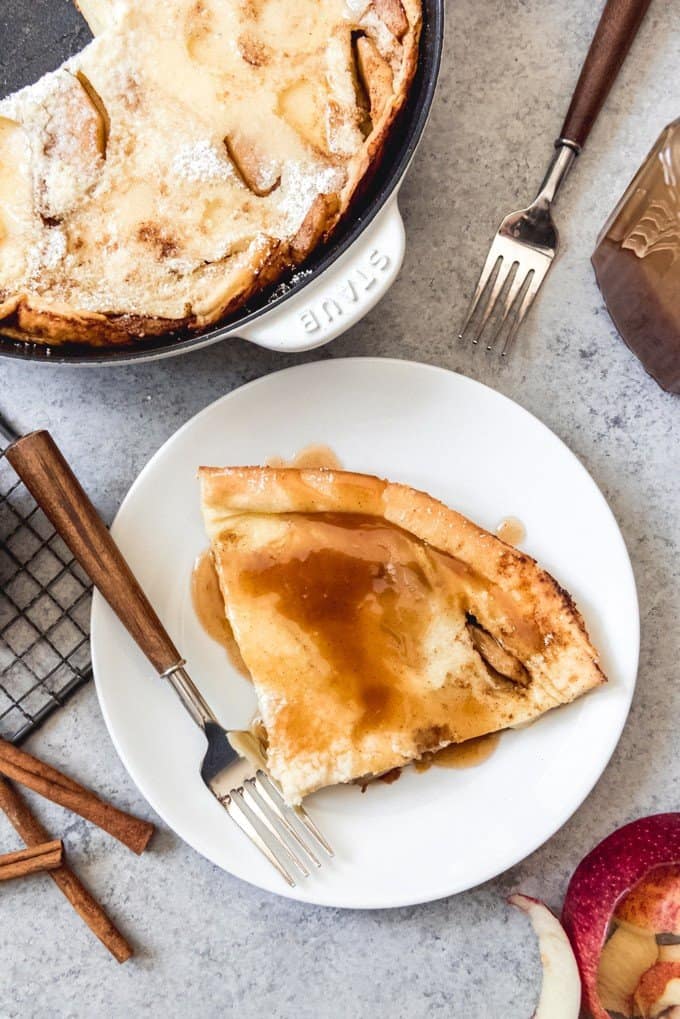 Other Weekend Breakfast Favorites to Try: 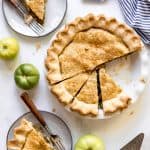 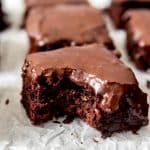 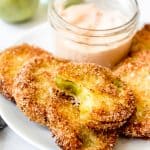 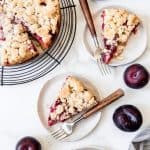