We enjoy using "the other white meat" in our menu planning to add delicious variety. Some of our other favorite pork recipes are Perfect Grilled Pork Chops with Sweet BBQ Pork Rub and Slow Cooker Cuban Mojo Pork.

Our family loves Thai food. We visited Thailand a couple of years ago when the girls were really little and we talk about that trip a lot as a family. Maybe that has something to do with it, but it's the one cuisine that all of us love and tend to agree on when eating out.

I actually took a couple of cooking classes while we were in Thailand because I really wanted to learn how to use the ingredients and understand the food there better. This grilled Thai pork tenderloin with coconut lime peanut sauce is inspired by some of the lessons I learned there.

Thai food is about balancing different flavors: sweet, sour, salty, creamy, and spicy. I think "bitter" is sometimes thrown in the mix as well.

But the secret to a good Thai dish is to find the right balance of at least two of the flavors. I heard this in both classes I attended in different regions of Thailand.

I love that this Thai pork tenderloin with coconut lime peanut sauce is actually quite healthy with simple, wholesome ingredients but still has big, indulgent flavors that comes from using fresh, amazing ingredients.

How do you make Grilled Thai Pork Tenderloin?

I'm not claiming that my grilled Thai pork tenderloin is authentic, but I tried to stay true to the core Thai principles of cooking by balancing flavors.

The pork tenderloin gets marinated in a creamy coconut base that has peanut butter and just a little sugar for sweetness (although it may be sweeter than traditional Thai food - my instructors there kept repeating that most people from the West like their food too sweet and their vegetables burnt?!).

There is also crushed red pepper flakes for just a little bit of spiciness (but not an intense spicy - both my girls handled it without a single complaint) and lime juice for the sour element.

There's also fish sauce, lemongrass, ginger, garlic, soy sauce, and shallot, all of which are frequently used ingredients in Thai cuisine, along with a few more spices. Don't be intimidated by the long ingredient list though.

It's literally just a matter of combining everything in a bowl and then sealing the marinade with the pork tenderloin in a large ziptight bag to marinate for anywhere from 30 minutes to 24 hours.

When you are ready to cook the pork tenderloin, pull it out of the ziptight bag and put it on a hot grill. Don't throw the marinade away though!

Just pour the leftover marinade into a small saucepan and bring it to a boil over medium heat. Let it simmer for a minute or two, which is plenty of time to kill any bacteria in it and thicken it into a wonderful coconut lime peanut sauce that you can use to drizzle over the cooked pork tenderloin!

Grill the marinated pork tenderloin over high heat with the lid closed for 5-6 minutes, then flip it over and grill another 5-6 minutes.

Turn off the grill but leave the lid closed and let the tenderloin continue to cook for 5 more minutes until it has reached 140-145 degrees F when tested with an instant read meat thermometer.

Pull it off the grill and let it rest for 5 minutes before slicing. I like to slice the meat, then drizzle it with some of the sauce and sprinkle it with chopped cilantro.

Then we serve it family style with coconut rice and a quick and easy Thai cucumber salad that is made by combining diced cucumber with salt, lime juice, thinly sliced shallot, a little coconut milk, and a serrano pepper that has been sliced in half.

Let that sit in the fridge for 15-20 minutes before serving, then remove the serrano pepper. You could actually slice them really thin and leave them in, but that was overwhelmingly spicy for most of us. 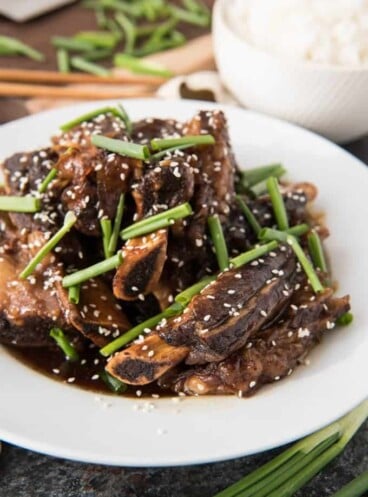 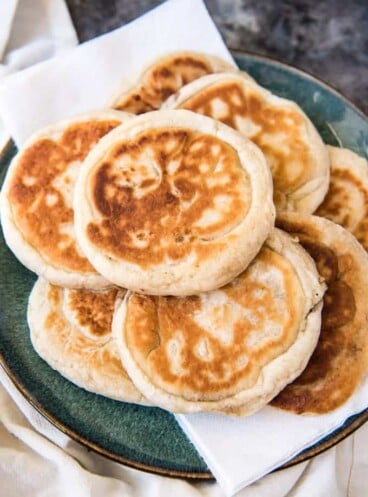 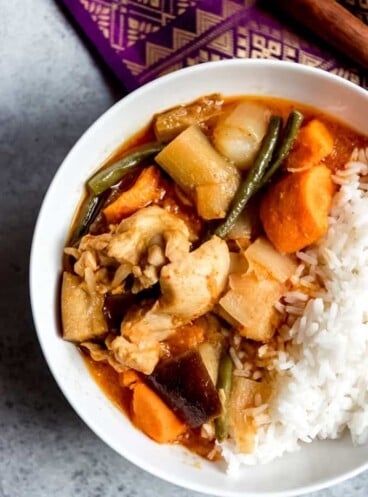 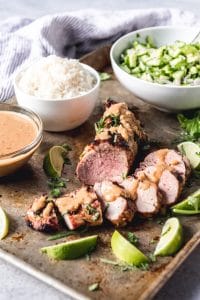 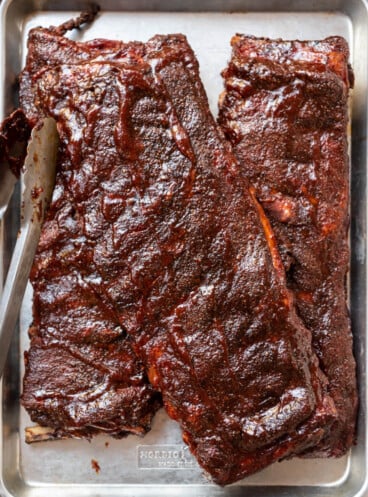