We love to travel and always come home inspired by new dishes that we like to attempt to recreate. Some other recipes inspired by our travels include Thai Coconut Mango Sticky Rice, Baked Greek Feta Fries, and Authentic French Fruit Tart.

When our girls were 4 and 1 ½, we took them to Thailand and Cambodia for a couple of weeks. It was the first time we had ever traveled with them out of the country and they did amazing.

It was an epic, unforgettable trip where we explored crumbling temple ruins only partly reclaimed from jungles, fed, bathed, and rode elephants through the mountains of Thailand, and island hopped on a longtail boat in the Andaman Sea. We will never forget those experiences and adventures with our girls while they were so young and hope to take them back again someday.

One of the foods we enjoyed while we were in Cambodia was this amazing chicken red curry that we ate for lunch after spending a morning exploring the haunting and beautiful Angkor Wat.

Cambodian food isn't nearly as well known as Thai food. It seems like there are Thai restaurants all over the place, but I don't know that I have ever seen a Cambodian restaurant.

So I was excited when I was challenged to recreate a traditional Cambodian dish as part of this month's Eat the World Challenge hosted by Culture Eatz.

I researched like crazy to try and figure out just how to make an authentic Khmer red curry at home and still be able to share a recipe with you that wouldn't be out of reach for the average American home cook. Fortunately, I had some experience with some of the unusual ingredients thanks to a couple of cooking classes I took while in Thailand.

Similar to Thai cooking, Cambodian cuisine typically has a balance of salty, sour, sweet and bitter flavors in every meal. Cambodia and Thailand have a complicated history with borders being fought over for centuries. Because of that, their cuisines bear a lot of similarities, with strong Chinese and Vietnamese influences as well given their proximity to southern China and Vietnam, as well as French influences because of their presence in much of Southeast Asia in the 1800's.

The biggest difference that I notice, though, is that Cambodian dishes tend to be far less spicy than their Thai counterparts. Which made it a wonderful introduction for our girls, who loved the rich, flavorful curries and noodles and rice dishes that weren't too spicy at all.

Traditionally, Cambodian chicken red curry is served with French bread, but you can also serve it with noodles or rice, like we did here. It's a thin curry, closer to a soup than anything else, although it's loaded with meat, potatoes, and veggies that area chopped into large bites and cooked in the savory broth. The French bread is used for sopping up juices.

I know that this list might seem overwhelming, especially since some of the ingredients are foreign to most American home cooks. But most of them are readily available at your local grocery store, so please don't be too intimidated!

Here are the easy ones that you shouldn't have much difficulty finding on your local store's shelves or in the produce department.

This is a Thai red chili pepper, sometimes called a bird's eye chili pepper, just in case you aren't sure what to look for at the store.

Here are the more exotic ingredients that took more effort to track down.

It's quite a list, I know, but you could order all of the difficult to find ingredients online and have them shipped to you if you want to be totally authentic, or use the readily available substitutions instead and still get a red curry that tastes incredible and you would probably hardly notice a difference between the two.

This is galangal root. It looks really similar to ginger. Just peel the outer skin and slice or grate the inside part just as you would with ginger.

Here is turmeric root. I fully planned to just use ground turmeric, but then happened to spot this at my regular grocery store so I went ahead and got it.

Shrimp paste has a really strong smell but it adds important flavor to this dish. I'm still trying to figure out what to do with the rest of the jar, but I'm sure I will find something.

Which, I'll admit, was intimidating at first until I realized all I needed to do was blend everything in my Vitamix. It actually was a breeze once I had located all of my ingredients.

Kroeung paste is used to flavor lots of Cambodian dishes, including everything from curries to soups to stir-fries. There doesn't seem to be one set recipe for kroeung paste, with some Cambodians preferring more lemongrass or turmeric and less galangal, or any other number of adjustments like increasing the heat with more chili peppers.

But traditionally, the paste is made using a mortar and pestle to pound the finely sliced ingredients into a paste. I started out that route, to be honest, but gave up and just dumped everything in the blender instead. I try to be authentic, but I was also making this on a day when we had swim lessons and swim team practice that afternoon so I was also trying to be practical.

Combine the kroeung paste ingredients in a blender, adding the ¾ cup reserved water from soaking the dried red peppers as needed and blending until a smooth paste forms. It should be a deep red color. Store any leftover kroeung paste in the freezer until ready to use.

Next, make the curry.

In a large heavy bottomed dutch oven or pot, heat the oil over medium heat. Add the kroeung curry paste and stir for one minute.

Add the chicken and 1 cup of the coconut milk and stir to combine with the curry paste. Cook for 2 minutes to allow the flavors to develop.

Add the onion, beans, eggplant, and potatoes and stir to combine. Add the remaining coconut milk and water, along with the fish sauce, shrimp paste, palm sugar, and salt. Increase the heat to medium-high just until the liquid comes to a boil, then decrease to medium-low and simmer for 20-25 minutes, until the chicken is cooked through and the vegetables are soft. 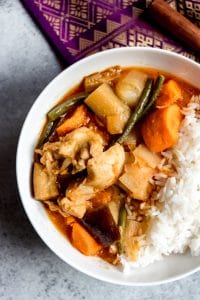 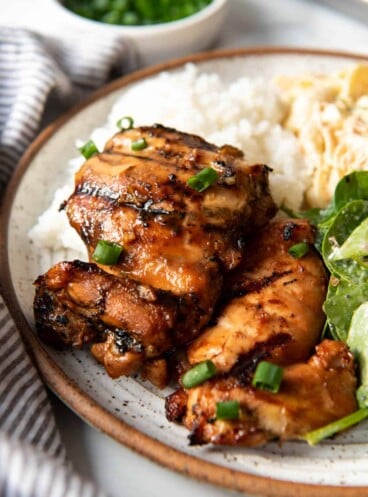 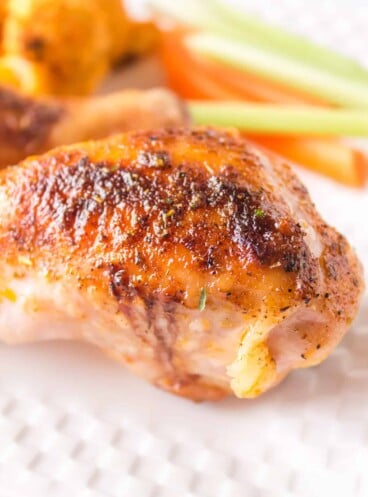