Tender chunks of chicken marinated in yogurt and spices, then grilled and served up in a creamy, spicy tomato based sauce with garlic naan and rice. Chicken Tikka Masala is the most popular Indian dish in the Western world and for good reason – it’s unbelievably delicious.

We always serve this dish with Homemade Garlic Naan Bread and Brazilian White Rice (since I still haven’t mastered the art of making Indian basmati rice the way I like it yet).

This Bombay House Style Chicken Tikka Masala is rich and creamy and you can adjust the spiciness to your taste! The first time I ever ate Indian food was at Bombay House in Provo, Utah, while I was an undergrad at BYU. My roommate, Corey, dragged me there and ordered chicken tikka masala for me and my life was forever changed.

You guys, if you have never had this stuff, it is time to remedy that.

My version is based off the gold standard – the Bombay House version – and I swear it’s just as good as the original, which is great since I don’t live in Utah anymore and have a tendency to crave chicken tikka masala.

I know, I know – it’s super weird to claim that Utah has the best Indian food anywhere, but honestly, ask anyone who has been and I’m guessing they will give the same rave recommendation about Bombay House. I’ve had Indian food in NYC, London, & SF – all food meccas – and nothing has come close to Bombay House’s version of chicken tikka masala.

So thanks, Provo and more specifically Bombay House, for introducing and converting this mostly mid-west girl to the bold, rich and exotic flavors of the largest country in South Asia.

As a caveat, I feel like I need to say that I have no idea how “authentic” these flavors are and I’m not trying to hold myself out as some kind of expert in south asian cuisine or anything. All I know is that this tastes delicious and we make it on a regular basis.

And really, chicken tikka masala is a dish that was created in England, not India, when Brits returning from assignments in India back when it was a colony brought back a taste for Indian food (like spiced, grilled meat) and it got combined with English food (some of the histories I have seen describe “gravies” as being particularly popular at the time chicken tikka masala was created, hence the sauce part of this dish) and the rest is culinary history.

Chicken Tikka Masala is absolutely delicious served over this Brazilian Style White Rice, which is seasoned with onions and garlic, so the flavors pair beautifully even if the two dishes originate from different continents. And you definitely cannot forget the fresh Garlic Naan!

And speaking of history and mixing cultures, we have a very bizarre tradition in the Nash household of eating chicken tikka masala around St. Patrick’s Day. During our first year of marriage, I got the idea that I wanted to experiment by making corned beef and cabbage for our first St. Patrick’s Day as a married couple. I’m not sure where I went so terribly wrong, but it was probably the worst thing I have ever made (and I even really LIKE corned beef and cabbage) and was completely inedible.

Since we lived just one block down from Bombay House on University Ave. in Provo, we dumped the awful corned beef meal in the trash and ended up eating chicken tikka masala for St. Patty’s Day dinner. And we have laughed about that cooking failure every year in March ever since.

I know the list of ingredients is long, but most of the spices are probably already in your cupboard, with the possible exception of garam masala. Which is a wonderful spice blend that you can also use for Garam Masala Salmon (another favorite of ours!), so it’s definitely worth the investment in a bottle!

It takes a little time to marinate, grill, and stew everything together, but this is such a rich, wonderful dish and totally worth the extra love it takes to make it. You might even want to make a double batch so you have enough leftovers for a delicious Chicken Tikka Masala Pizza!

How to make chicken tikka masala at home

Yes. While I can’t speak for every variation of this recipe out there, this one, in particular, is, in fact, gluten-free as it doesn’t request any ingredients that typically contain gluten. If you’re afraid of gluten for allergy reasons keep in mind to double-check ingredient labels and to serve the chicken tikka masala with a gluten-free side dish such as rice or a gluten-free bread variety.

Can you freeze homemade tikka masala?

Yes, and it freezes well! Cool your chicken dinner to nice room temperature before transferring to an airtight container for your freezer. Ziploc bags are a good idea because you can freeze it flat and thaw a little easier before reheating for future use. Store in the freezer for up to 2 months for the best quality results.

If you are worried about this dish being too spicy, by all means cut the cayenne pepper in half.  It will really help tone down the heat. 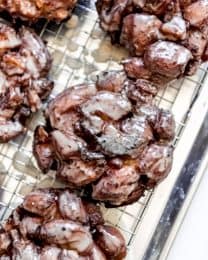 How to Make a Brined & Smoked Turkey