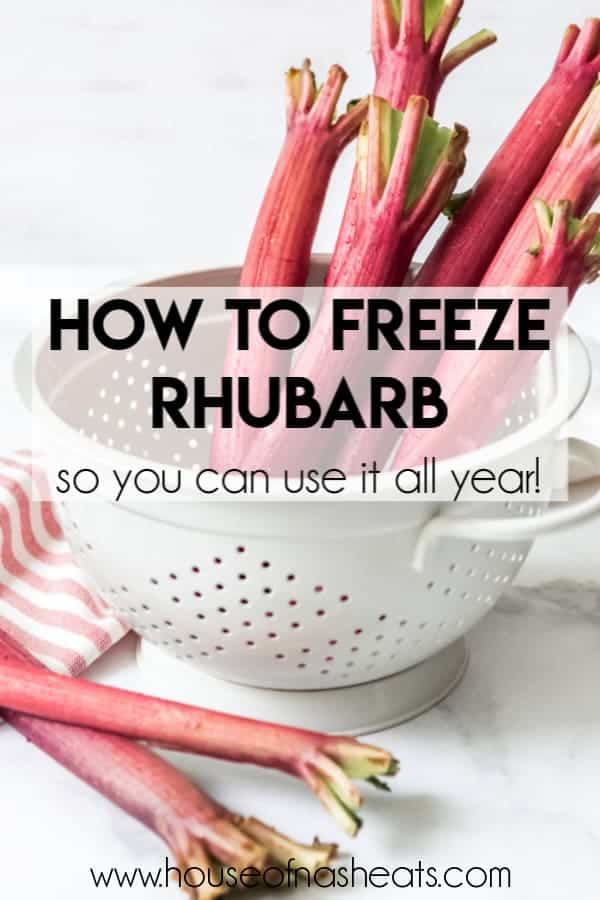 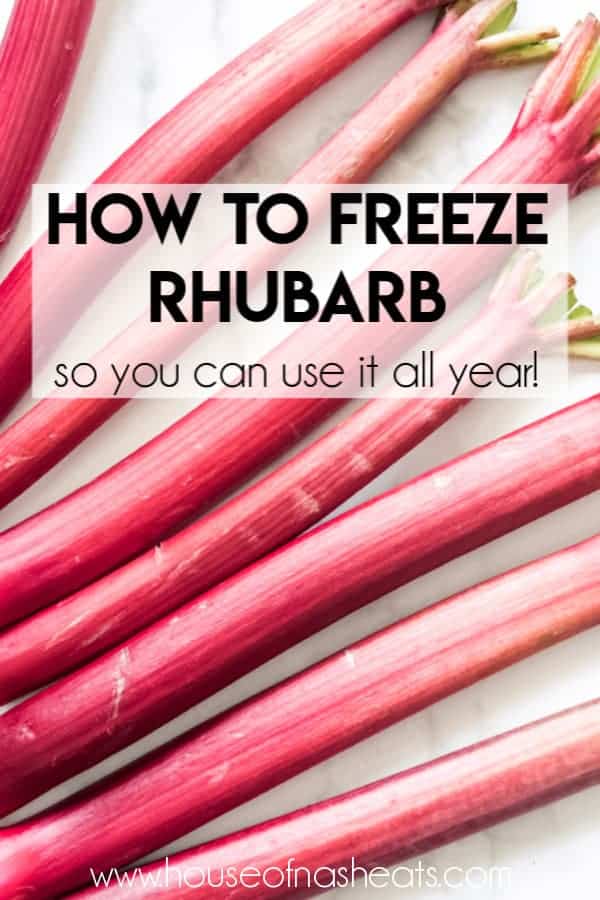 This quick and easy method for how to freeze rhubarb let's you make the most of the unusual plant's short growing season so you can enjoy the tart flavor of rhubarb all year long!

Rhubarb is one of our favorite ingredients in a lot of recipes, but it can be really hard to find for most of the year. And if you are lucky enough to have a rhubarb plant in your yard, you might find yourself with more than you can use in a short period of time.

The solution for us is to freeze rhubarb so that we always have it on hand when we want to make make a rhubarb crisp or a strawberry rhubarb pie!

It's very simple to freeze rhubarb. There is no need to peel or blanch the rhubarb in boiling water before freezing like some other fruits and vegetables. And rhubarb holds up very well for up to a year once frozen, which means you can put up enough to get you through until next rhubarb season!

How to use frozen rhubarb

Frozen rhubarb will release more liquid when baking, so take that into account when using it in a recipe that calls for fresh rhubarb. Most recipes can be easily adjusted by adding an extra tablespoon of cornstarch or flour simmering a rhubarb filling a minute or two longer to fix the issue. If the rhubarb is being added to baked goods like quick bread, muffins, or cake, you may want to toss the pieces in a little flour and plan to bake a minute or two longer.

Here are some of our favorite recipes that work great with frozen rhubarb.

How to freeze rhubarb

How to store frozen rhubarb

Once the rhubarb is frozen, you can transfer the pieces to reusable silicon freezer bags or other freezer-safe container for longer term storage.

Can I freeze rhubarb without cooking it? Yes, rhubarb freezes best without cooking it beforehand. Some people suggest blanching the rhubarb in boiling water for a minute or two first, but that makes it break down more in the freezer and it doesn't last as long. I think rhubarb has the best texture when frozen raw.

How long does frozen rhubarb keep? Once frozen, rhubarb will keep for up to a year in the freezer and still taste great! If ice crystals form around the rhubarb, just rinse it in a little cold water first to remove them before using in a recipe.

Can you bake with frozen rhubarb? Definitely! Frozen rhubarb works great in things like muffins, quick breads, cakes, and crisps. You typically don't even need to thaw it first. Just toss them in the batter and proceed like normal. 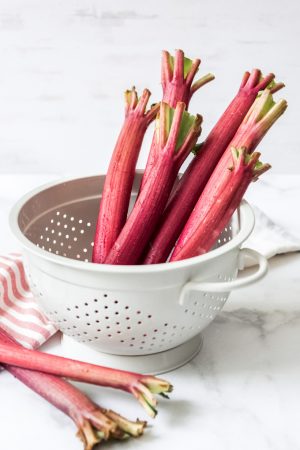 How to Freeze Rhubarb

5 from 2 votes
Amy Nash
Prep Time 10 mins
Additional Time 2 mins
Total Time 12 mins
Course How To
Cuisine American
Servings 6 cups
This quick and easy method for how to freeze rhubarb let's you make the most of the unusual plant's short growing season so you can enjoy it's tart flavor all year long! 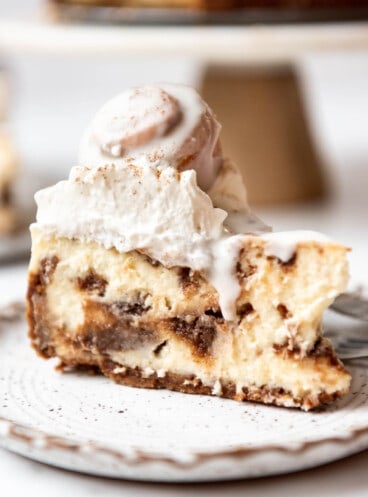