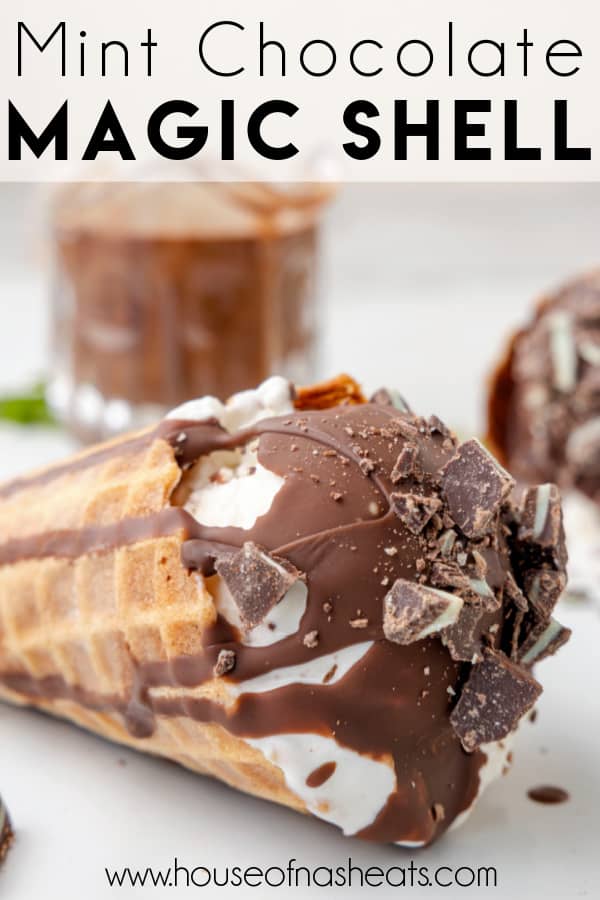 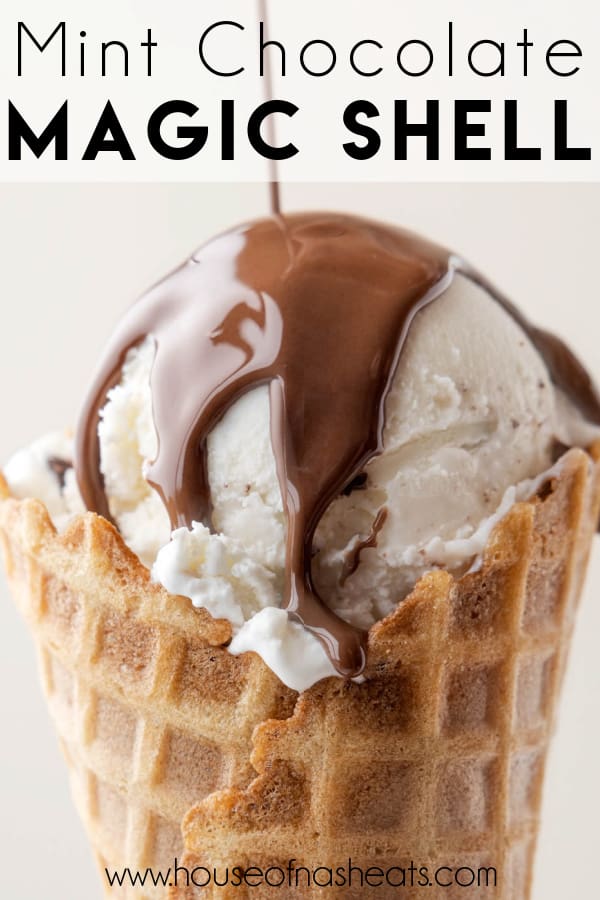 Cool and refreshing Andes Mint Magic Shell is a fun twist on the original version. This mint chocolate magic shell recipe is made with just 2 ingredients in less than five minutes! The hard chocolate shell is amazing as a topping for vanilla or chocolate ice cream.

If you love the taste of mint chocolate treats, be sure to try our Andes Mint Cookies, Mint Chocolate Chip Ice Cream, and Frosted Chocolate Mint Brownies.

Magic shell is the fun ice cream topping that freezes in seconds! This mint variation is a tasty twist on the original using Andes Mints instead of regular chocolate. Andes Mints have the most perfect balance of mint and chocolate and a creamy smooth texture as their melt in your mouth. We have used them to make cookies, brownies, and cheesecake, but this Andes mint magic shell ice cream topping might be my new favorite.

We have been playing around with homemade magic shell flavors lately and it's so fun to customize and create versions that you can't buy at the store. If you are looking for even more ideas of other variations, be sure to check out our post on homemade magic shell where we go into more detail about how to make a cookies & cream, Reese's, cherry magic shell, and more!

This is a quick overview of the ingredients you'll need for this recipe. Specific measurements and full recipe instructions are in the printable recipe card below.

Combine unwrapped, chopped Andes Mints in a microwave-safe bowl with the coconut oil. Heat in the microwave in 30-second bursts of heat, stopping to stir between each burst of heat until the ingredients have completely melted and combined into a smooth, mint chocolate sauce.

Let it cool to room temperature, then drizzle over scoops of ice cream or a frozen ice cream pie. The chocolate will harden into a firm shell in just a few seconds. We like sprinkling on a few pieces of additional chopped Andes Mints while the magic shell topping is still not set so they stick to sundaes or cones.

Pro Tip: Smucker's makes a Chocolate Mint Cookie Crunch Magic Shell that can be hard to find. If you want to add that cookie crunch to this recipe, just crush or chop up a couple of the Famous Chocolate Wafers and stir them in to the melted chocolate before drizzling over ice cream.

How does magic shell work?

The thing that makes Magic Shell special is that it hardens into a firm thin shell when it comes in contact with cold ice cream. Regular melted chocolate by itself will do the same thing, but it gets really crunchy and chunky, whereas the coconut oil in magic shell gives a better mouthfeel where the chocolate is snappy and firm, but doesn't result in unpleasant shards in your mouth.

Can I use shortening or butter instead of coconut oil?

No, I don't recommend using anything other than coconut oil for making homemade magic shell. The good news is that it's easy to find, fairly inexpensive, and keeps for a long time so you can always have some in your pantry.

If you have leftover magic shell that doesn't get used up or you make a double or triple batch to have it on hand, it should be stored in an airtight container at room temperature for up to 1 month. Do not put it in the fridge.

You may need to reheat in the microwave for 20-30 seconds to use if it has gotten too thick or solidified. Another way to reheat is to run hot water over your jar for a couple of minutes until the chocolate is thin enough to shake or stir. Just be careful not to get any water in the magic shell, which could cause it to seize up. 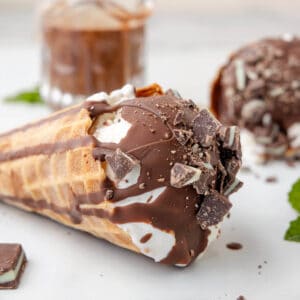 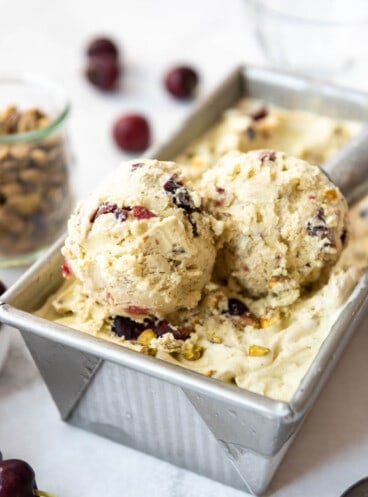