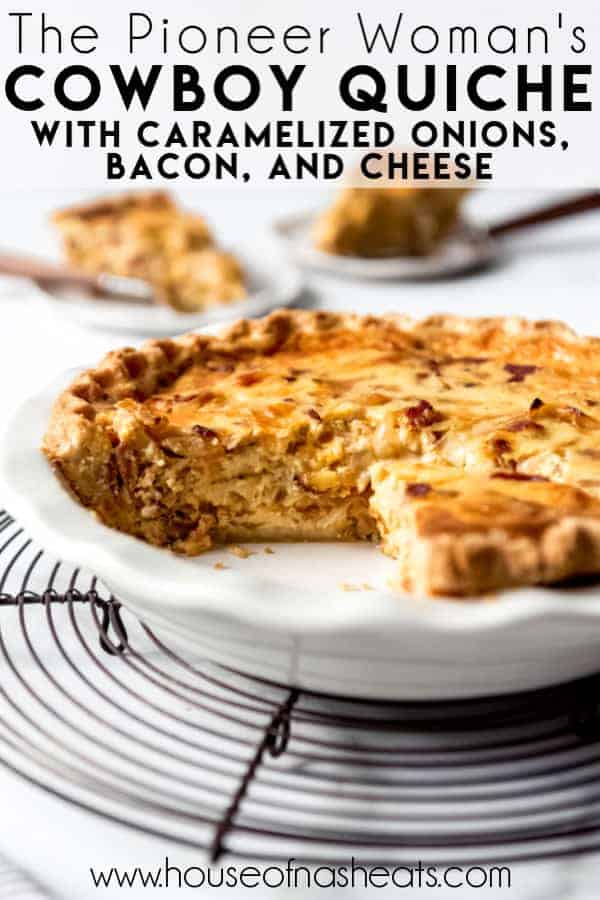 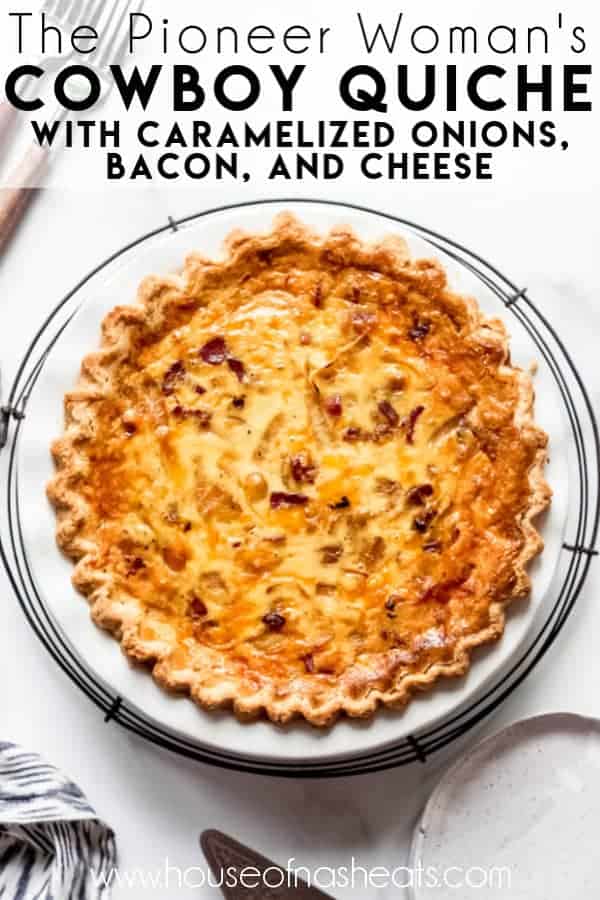 The Pioneer Woman's Cowboy Quiche is a deep dish take on quiche lorraine, with plenty of smoky bacon, sweet caramelized onions, and savory cheddar cheese to satisfy any hungry stomach, whether it's at breakfast, brunch, or dinner!

Planning a brunch and looking for recipes to please a crowd? Be sure to check out our post about how to make bacon in the oven, Blackberry Scones, and French Fruit Tart, which all go fantastic with this easy quiche.

What is it about guys and quiche? I don't know who decided that quiche wasn't manly enough, but it couldn't be any more ridiculous.

Case-in-point: this deep dish, easy quiche with a buttery pastry crust, bacon, cheese, and caramelized onion in a baked egg dish with enough protein to fill anyone's belly. My husband wouldn't touch it if I told him it was quiche lorraine, but call it "cowboy quiche" and suddenly he loves it.

Although we mostly think of quiche as French cuisine, it actually has German origins in a region formerly known as the Kingdom of Lothringen that is now part of France called Lorraine. The population there seems to have long been a mix of German and French, but the term "quiche" actually derives from the German word "kuchen" for cake.

This bacon and cheese quiche recipe is our favorite because of the higher filling to crust ratio than a classic quiche lorraine and the addition of caramelized onions.

If you don't have a deep dish pie or tart pan, you could make a square quiche by lining an 8x8-inch square baking dish with the pie crust. Or simply make a second pie crust and make two smaller quiches instead of one larger one. Just keep in mind if you take the latter approach that the thinner filling will cook more quickly and adjust accordingly.

How to make the Pioneer Woman's cowboy quiche

Do you serve quiche warm or cold?

The answer is really up to you, but my preference is to serve quiche while it is still warm from the oven, but not piping hot.

It's also good at room temperature, but I don't love quiche cold, so if you make it in advance, I recommend letting it sit on the counter for about an hour to take the chill off before serving.

Do you have to blind bake a pie crust for quiche?

I do not blind bake my pie crust when making this quiche recipe. Because it is a thicker layer of filling, it takes longer to cook through than most other quiche recipes, giving the pastry time to cook all the way as well.

If you find that you love this deep dish approach to quiche as much as we do because you like the ratio of filling to crust better, you might want to play around with varying your filling as well to come up with other flavors.

A cooked quiche will keep well in the fridge for 3-4 days if you want to make it in advance. And it makes amazing leftovers for lunch the next day.

You can freeze a baked quiche for 2-3 months. Thaw it in the fridge overnight, then reheat in a 325 degree F oven for about 15 minutes until warmed all the way through before serving. You can even reheat this cowboy quiche straight from frozen by covering with foil and heating at 350 degrees F for 30-35 minutes. 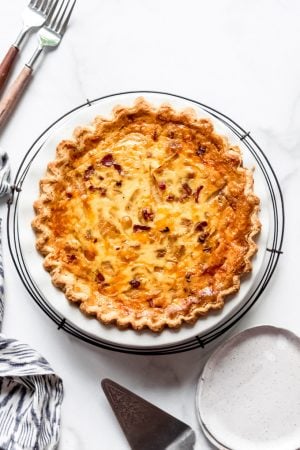 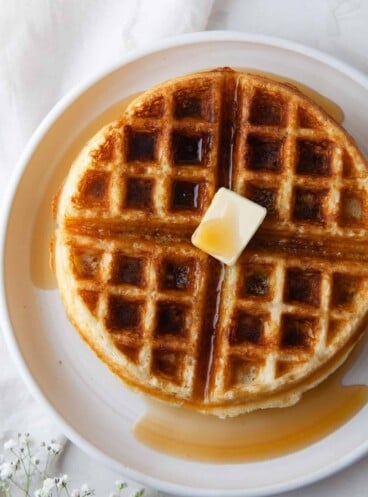 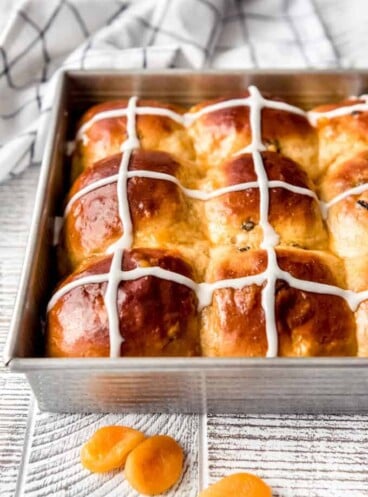 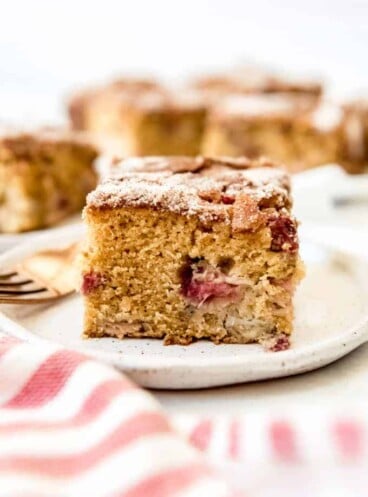 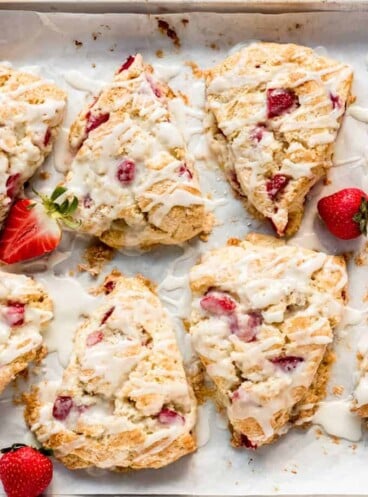