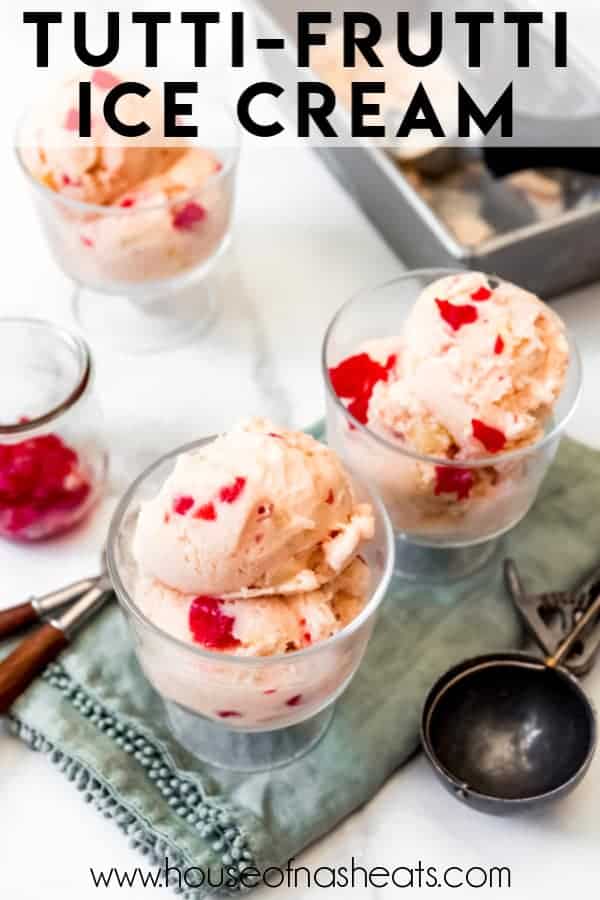 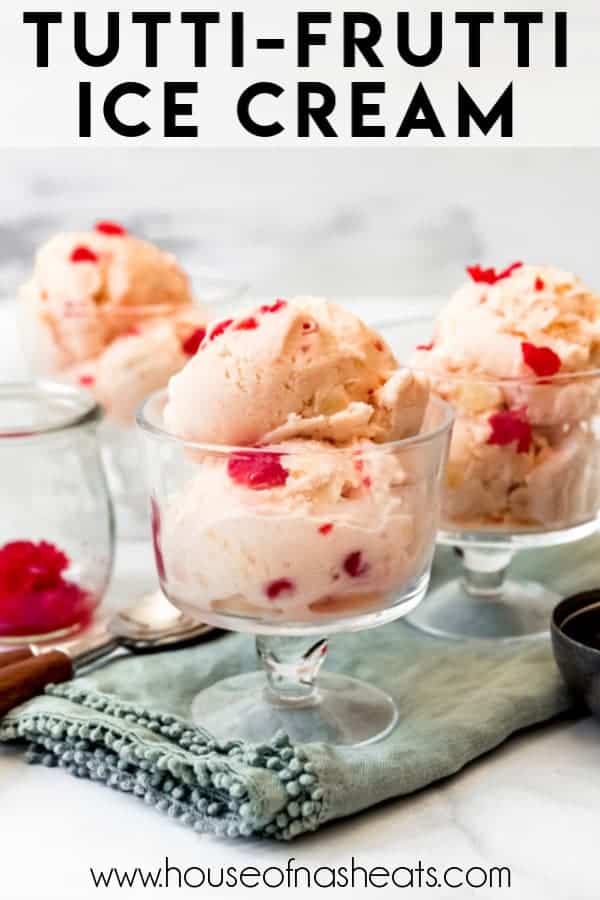 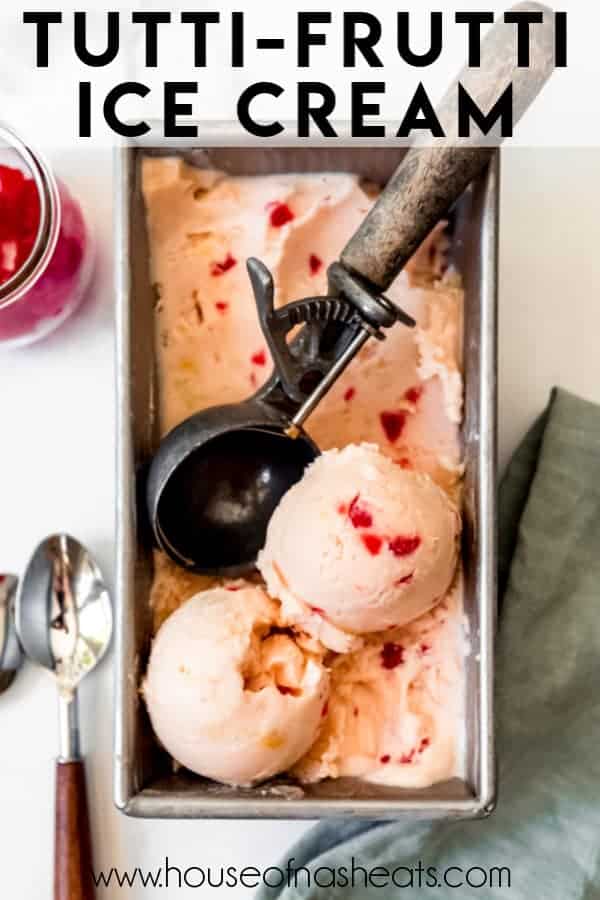 As fun to eat as it is to say, this Tutti-Frutti Ice Cream is a vintage favorite that deserves a comeback!

Homemade ice cream is one of our favorite things to make! Be sure to check out some of our other popular ice cream recipes like Huckleberry Ice Cream, Graham Canyon, Coconut Macadamia Nut, or Cherry Vanilla!

What is tutti-frutti ice cream?

I recently got my hands on a vintage cookbook with a recipe for Tutti-frutti ice cream that sounded so delightful I had to make it right away. The name is so fun and fanciful sounding!

According to Wikipedia, tutti-frutti ice cream has been around for more than 160 years! And the whimsical sounding name is actually Italian from "tutti i frutti" meaning "all the fruits". It refers to both a candy made from candied fruit and nuts, as well as this ice cream version that was popularized in the United States in Savannah, Georgia at Leopold's ice cream shop.

I actually got to visit Leopold's when we went to Savannah with friends not too long ago! It's an institution that has been around for over 100 years and there is always a long line out the door for their popular scoops.

I missed out on trying their version of tutti-frutti while I was there, so I was thrilled to be able to make it at home as part of my collaboration with Imperial Sugar this month.

From what I can tell, you could actually add most any fruit you wanted to and call it tutti-frutti ice cream, but I stayed true to the original recipe and used bananas, pineapples, and maraschino cherries. I think next time I might add a few chopped pecans or walnuts for a little crunch!

My family went crazy for this flavor! Of all the flavors of ice cream I've made lately (and I've been making a lot this summer!) he said that this one might very well be his favorite.

How to make tutti-frutti ice cream

This is one of the easiest ice cream recipes on House of Nash Eats because it is not custard based, which means there is no cooking involved. All you have to do is mix the ingredients together and churn it in an ice cream maker! Instead of heavy cream, it uses evaporated milk, which is a little different from what I'm used to, but it worked beautifully with the other flavors and ingredients for a nice rich and creamy result.

Start by mashing the banana really well in a large bowl. It's important to mash the banana well because larger chunks can be harder to scoop and make the ice cream a little icier. Once the bananas are mashed well, add the sugar, crushed pineapple (be sure to drain the juice!), chopped maraschino cherries, evaporated milk, whole milk, orange juice, and lemon juice.

Stir everything together so the sugar can dissolve, then pour into an ice cream maker and churn according to the manufacturer's instructions. Like most vintage ice cream recipes, this makes a large batch of ice cream that doesn't fit as well in smaller, more modern ice cream machines.

But not to worry! You can make a half batch of ice cream, which is enough for 8-10 servings. Or if you have an extra ice cream bowl for your ice cream machine, just churn half of the full batch at a time. My ice cream maker came with a second bowl, which is awesome because I frequently find myself wanting to make more than one flavor at a time.

Once the ice cream has churned for about 15-20 minutes, it should like nice and thick, like soft-serve. You can eat it right away, although it's better if you pour it into freezer-safe containers and freeze for at least 4 hours. This gives the ice cream a chance to harden, or "cure", so it's scoopable.

I find that the flavor of tutti-frutti ice cream actually improves during the curing time. The fruits have a chance to meld together so that the banana isn't as overpowering like right when it's done churning.

The FULL RECIPE is on my partner Imperial Sugar’s site! Each month we collaborate to bring a great recipe to you using their wonderful products. You can see all of them over on their site!