This sweet, creamy Eggnog Buttercream Frosting is perfect for frosting cupcakes or making sandwich cookies during the holiday season. Even non-eggnog drinkers like eggnog in frosting form!

If you love homemade frosting as much as we do, you should try our Homemade Rainbow Chip Frosting, Best Chocolate Buttercream Frosting, Fresh Strawberry Frosting, and many other frosting recipes!

I have fond memories of many Christmases sitting at my grandparent's dining room table in Pocatello, Idaho, drinking a glass of eggnog that they always thinned out for me with a little milk because I didn't like it straight out of the carton.

It is the first and foremost of all holiday beverages, despite it's controversial standing, isn't it?

One year I even convinced my mom to make homemade eggnog out of a Little House on the Prairie cookbook. That series was my favorite as a little girl and I remember reading them with my dad.

This excerpt from chapter 19 of the book "Farmer Boy" about Almanzo Wilder (Laura Ingalls' future husband) was the genesis of my obsession with trying fresh eggnog:

...Mother met him on the back porch with the milk-pail, brimming full of cold egg-nog. The egg-nog was made of milk and cream, with plenty of eggs and sugar. Its foamy top was freckled with spices, and pieces of ice floated in it. The sides of the pail were misty with cold. Almanzo trudged slowly toward the hayfield with the heavy pail and a dipper. He thought to himself that the pail was too full, he might spill some of the egg-nog. Mother said waste was sinful. He was sure it would be sinful to waste a drop of that egg-nog. He should do something to save it. So he set down the pail, he dipped the dipper full, and he drank. The cold egg-nog slid smoothly down his throat, and it made him cool inside.

I mean, how can you not crave eggnog after reading that? So I decided to turn my favorite yuletide beverage into an eggnog frosting so I could use it to frost gingerbread cupcakes and sandwich between soft & chewy molasses cookies.

I'm also imagining frosting sugar cookies, blondies and brownies with it or doubling the recipe to frost a layer cake!

How to Make Eggnog Buttercream Frosting

This is an American-style buttercream frosting at its core, with eggnog flavorings of rum extract and nutmeg.

I looked around for an eggnog buttercream recipe but most of the ones I saw just called for 4-6 tablespoons of eggnog in place of the milk or cream that is typically used in this type of frosting. But when I tried that approach I just didn't get the intensely eggnog-y flavor I was hoping for.

So I pulled out the rum extract that is always in my pantry for making homemade eggnog and grated some whole nutmeg (because I have learned that this is one spice in particular that tastes SO much better grated fresh) to add to the frosting for a big eggnog taste.

And oh baby is this stuff delicious.

When we took the gingerbread cupcakes that I frosted with this eggnog buttercream to our church Christmas party, I had multiple people come up to me and say that they always thought they were not eggnog fans but that maybe they had been wrong.

I'm not on a mission to convert the whole world to a love of eggnog, but if it happens, I'm pretty sure we would all be better for it. 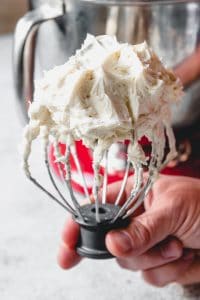 If you don't have eggnog on hand, cream works just as well.  You may just want to add a pinch more nutmeg and an additional drop or two of room extract. 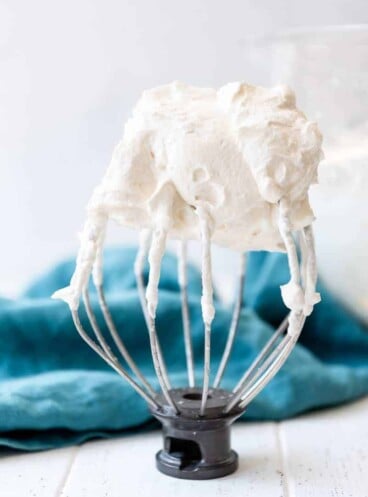 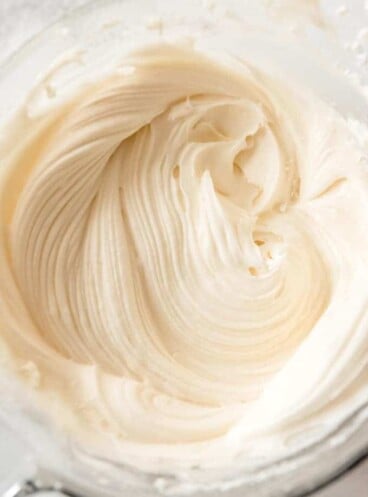 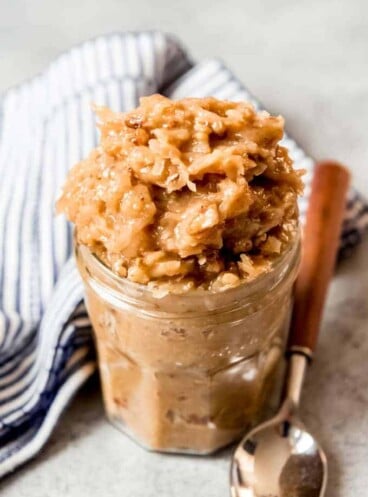 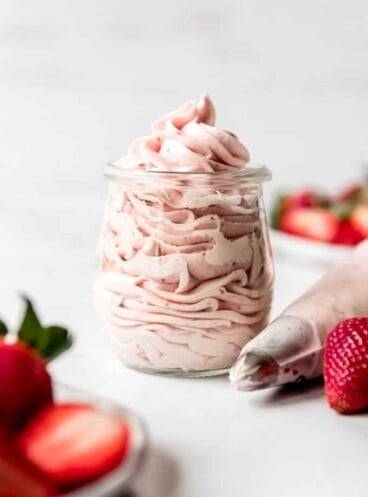