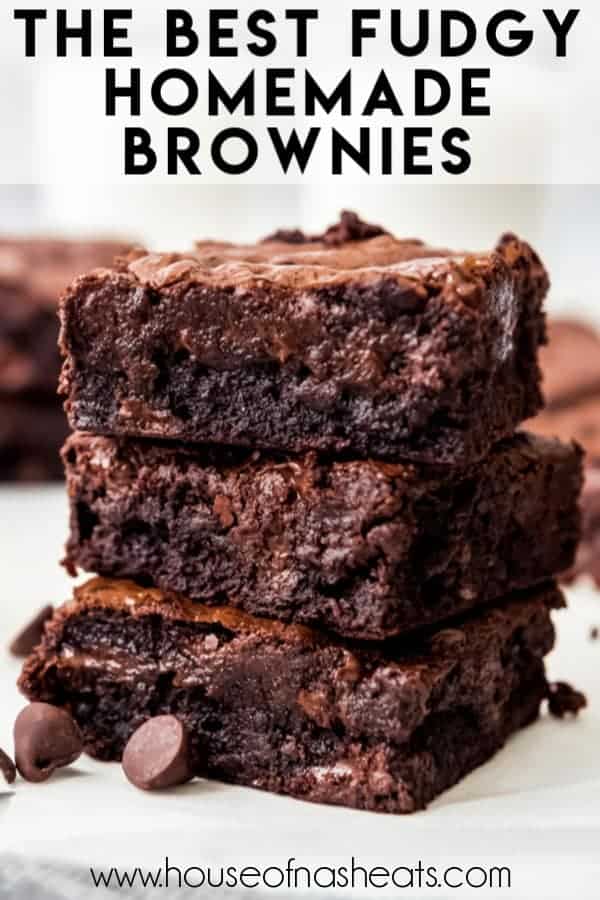 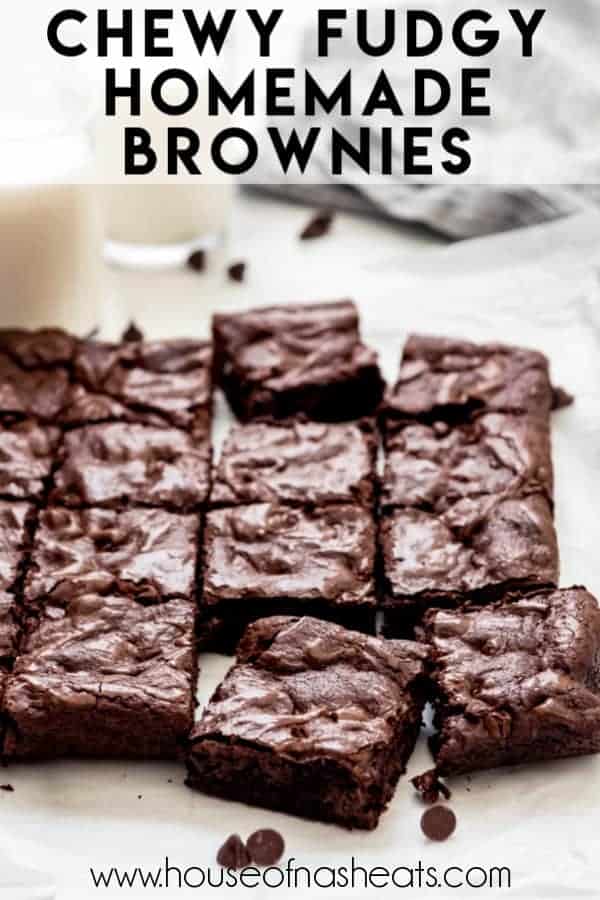 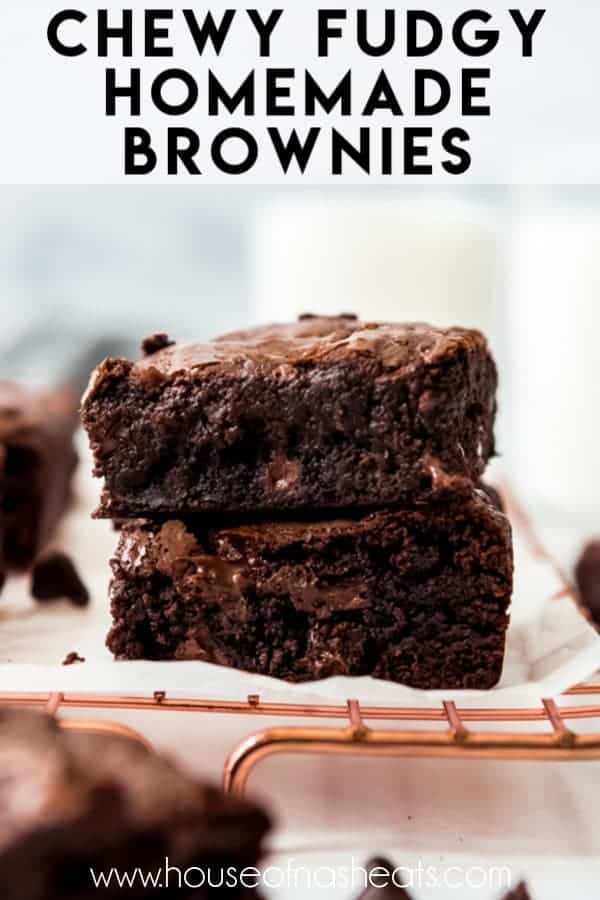 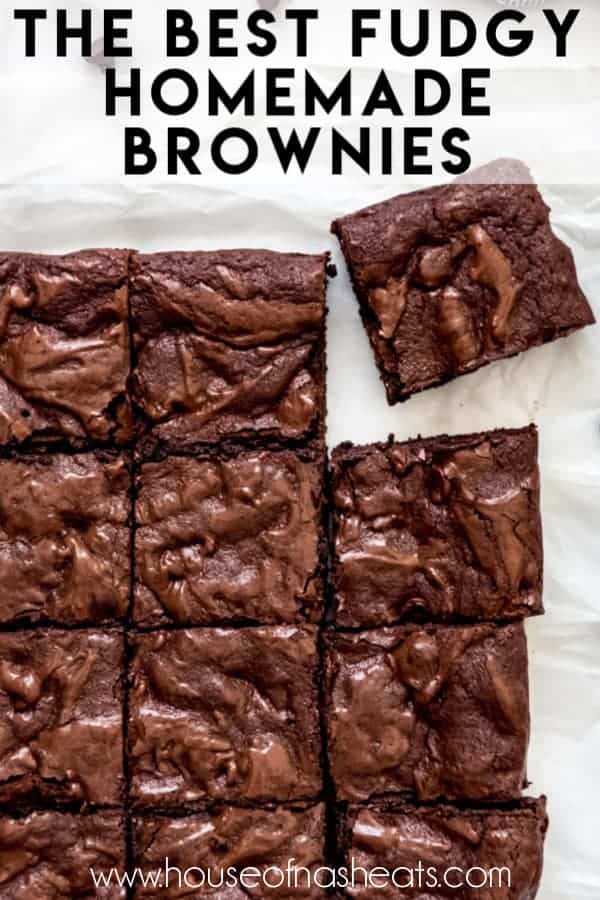 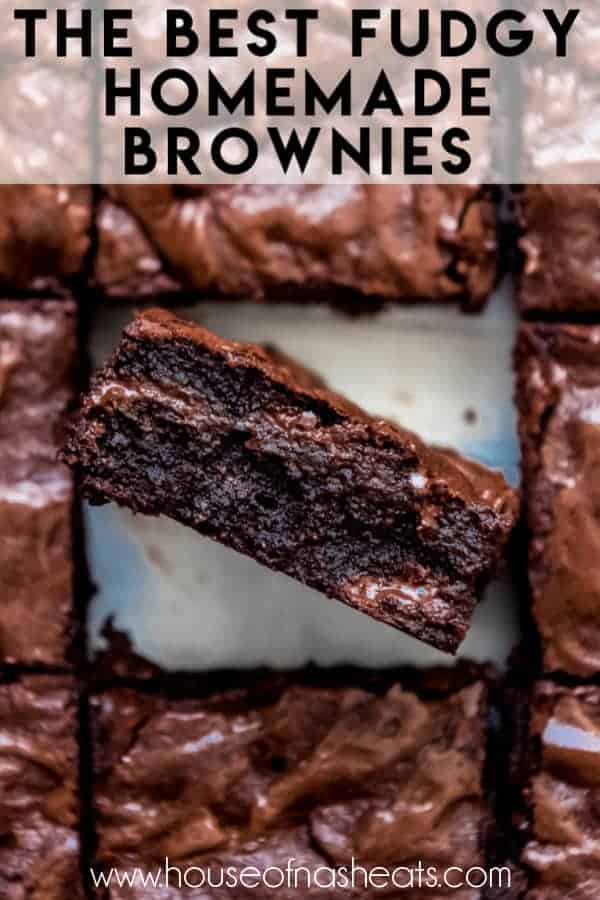 This recipe for Homemade Brownies really is the best because they are made with REAL chocolate AND cocoa powder so that they are the most decadent, extra fudgy and dense brownies you've ever tasted. You won't believe how easy it is to make brownies from scratch with a tissue-thin crinkly crust that rival any mix!

If you are a brownie lover, be sure to check out some of our other popular recipes like these Mississippi Mud Brownies, Mint Brownies, Gooey Swirled Nutella Brownies, Cream Cheese Brownies, and Easy Caramel Pecan Brownies!

Brownies can be a divisive dessert. Some people like them fudgy, others prefer them cakey. Frosted or unfrosted? With nuts or without? Box mix or from scratch? Are you an edge person or do you like the middle best? These are the questions that keep me up at night.

These are my favorite fudgy brownies. They are chewy and dense and moist and super rich. I recognize that it's a bold claim, but this really is the best brownie recipe that I make in place of a box mix. Which, let's face it, is the gold standard for many people.

Plus, these homemade brownies are made from scratch in one bowl, by hand. I have tested them dozens of times and am confident that any home baker can make brownies that aren't just as good, but better than a mix!

One of my favorite things about brownies from scratch is the way they smell. The process of melting chocolate and butter to combine sugar and eggs fills your kitchen with the most incredible aroma that you just never get with a mix.

And the resultant brownies are have such an intense chocolate flavor with sweet bits of melted chocolate chips throughout. We've never gone back to mixes once we started making these. And my husband was a die-hard box mix guy, so that's saying a lot.

Fudgy brownies have a higher fat to flour content whereas more cakelike brownies do not. This recipe balances that ratio through butter and chocolate with a relatively small amount of flour to bring you a deliciously fudgy result.

Ingredients to make brownies from scratch

How to make brownies from scratch

Tips for the best homemade brownies

Ideas for taking a basic brownie recipe and making it "extra" 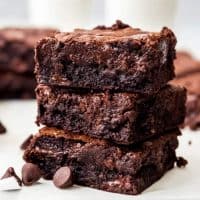 This recipe for Homemade Brownies really is the best because they are made with REAL chocolate AND cocoa powder so that they are the most decadent, extra fudgy and dense brownies you've ever tasted. You won't believe how easy it is to make brownies from scratch with a tissue-thin crinkly crust that rival any brownie mix!
4.66 from 123 votes
Print Pin Rate
Course: Brownies and bars
Cuisine: American
Prep Time: 15 minutes
Cook Time: 30 minutes
Total Time: 45 minutes
Servings: 16 Brownies
Calories: 271kcal
Author: Amy Nash