For some of our other favorite summer salads, be sure to try Curried Chicken Salad, BLT Pasta Salad, Tex-Mex Doritos Taco Salad, Zucchini Salad, and Grilled Corn Summer Salad.

I have a major panzanella salad obsession. Last year I posted a Fall panzanella salad made with butternut squash, roasted brussels sprouts, and apples and it is so, so good. But it's summer and that means peaches are in season, and since peaches are my favorite fruit I've been adding them to basically everything I can think of.

And oh my goodness they are incredible in this gorgeous, summery peach panzanella salad!

It might seem strange at first to pair peaches and tomatoes, but we had dinner guests over the night I made this and we were all raving about how surprising and wonderful the combination of two of summer's most beloved produce offerings.

The juicy, sweet peaches go so well with the ripe heirloom tomatoes I picked up from our local farmer's market last week. Tossing them together with torn fresh mozzarella, basil leaves, and lots of chewy bread, then dressing it all with a simple honey mustard vinaigrette results in a flavor powerhouse of a salad that is so much more than it's parts alone.

I was so glad the next day that I had enough ingredients leftover to throw together another salad for lunch!

Because this salad is meant to soak up the dressing that is poured over it along with the juices from the tomatoes and the peaches, it's perfect for summer potlucks and picnics as well. It's really best at least 20 minutes after tossing together so that the bread has time to absorb most of the dressing, and it can keep for about 4 hours, which is pretty good for a salad.

What is Panzanella Salad?

Panzanella salad is an Italian bread salad that originates from the Tuscany region of Italy, where in it's purest form, was just a way of using up leftover day-old bread so it didn't go to waste.

There have been a few additions along the way of tomatoes and basil, with a simple olive oil and vinegar dressing, but as long as you aren't tied to maintaining tradition, you can make panzanella salad however you like. The important point is to remember that chunks of bread needs to take a leading roll in the salad so they can absorb the dressing.

I know what you're thinking. "Soggy bread salad? No thank you." But trust me on this one. It's amazing.

As long as the bread is a day old, it will just take on the flavor of the dressing and mix with the other salad ingredients beautifully. And if you only have fresh bread, you can cube it and toast it in the oven for 10 minutes to dry it out a bit.

How to Make Peach Panzanella Salad

If your bread is fresh, heat the oven to 450 degrees F and spread the cubed bread on a baking sheet. Drizzle with 2 tablespoons of olive oil, toss, then bake until golden brown and dry, about 8-10 minutes before adding to the salad. 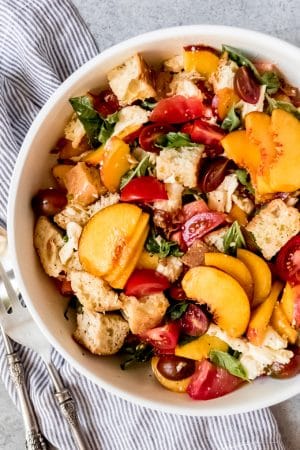 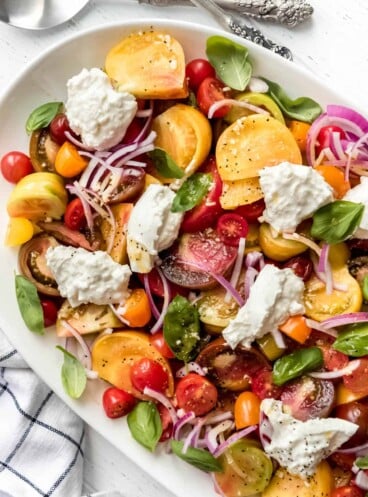 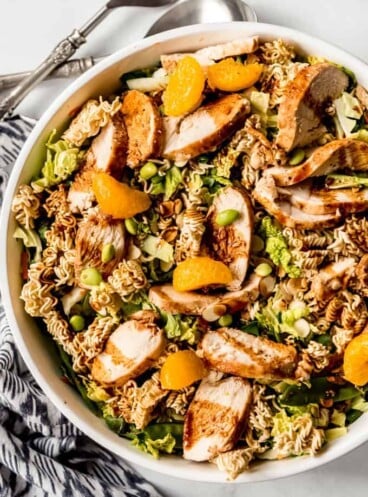