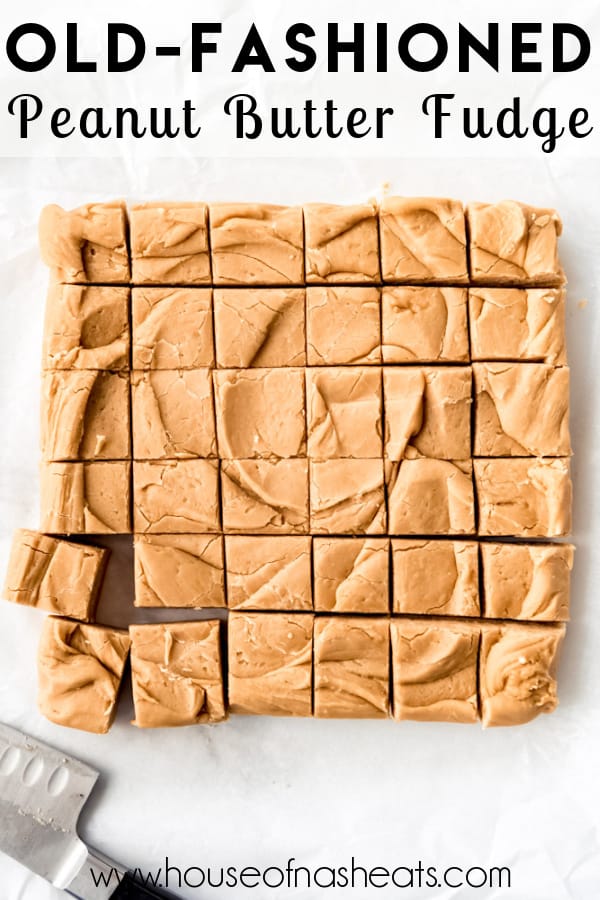 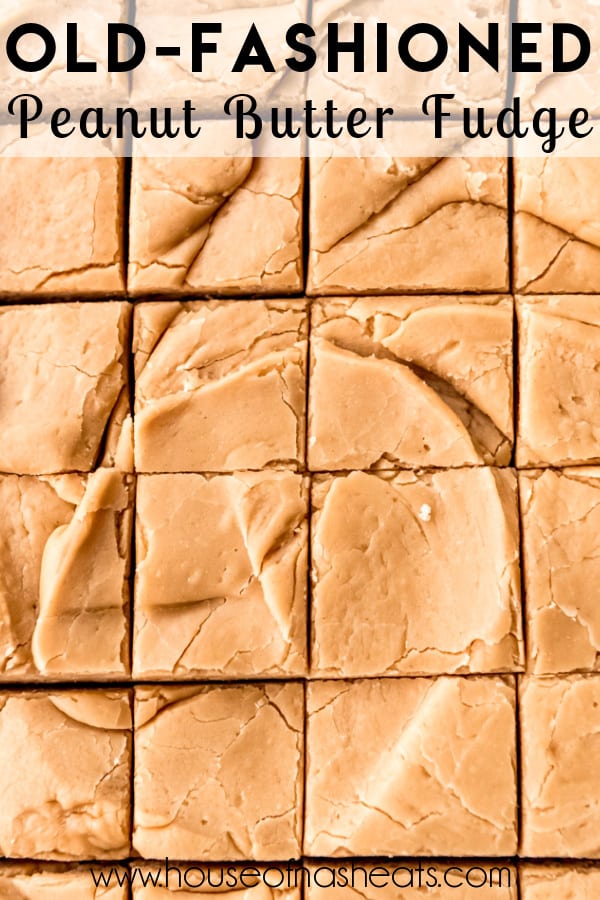 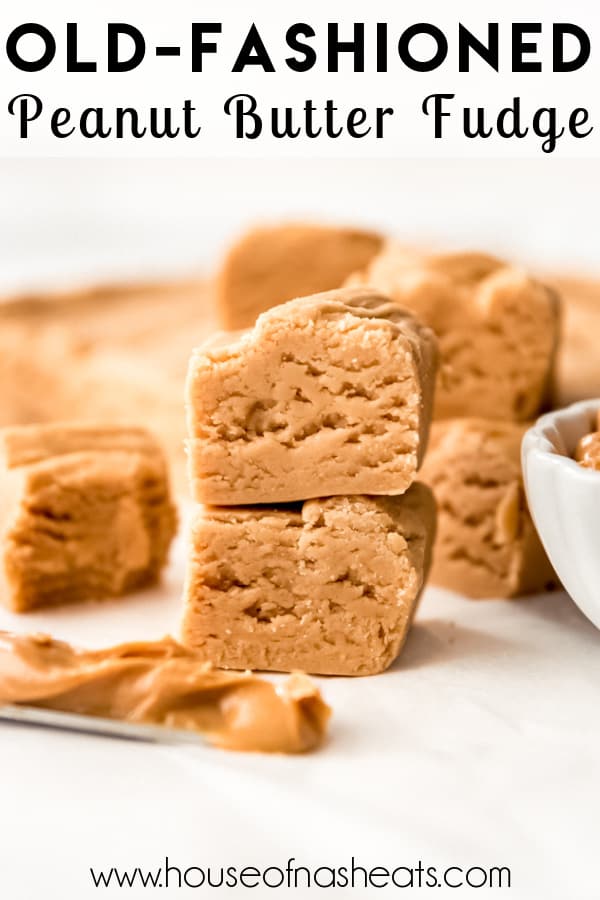 Creamy, rich squares of this Easy Peanut Butter Fudge recipe are pretty much impossible to resist! It has that classic soft fudge texture and is the perfect treat for sharing all year long, but especially around the holidays!

If you love peanut butter and like this fudge recipe, you might also want to check out my Old-Fashioned Homemade Peanut Brittle that has dozens of rave reviews, or these Frosted Peanut Butter Blondies!

This summer we went to Mackinac Island, Michigan which is famous for their incredible and numerous fudge shops. I basically tried every flavor I could get my hands on while we were there because I love the stuff! Really, really good fudge has a wonderful texture to bite into, and then it just melts in your mouth.

It's so, so good all on its own without anything else to dress it up! Of course, I'm still tempted to make all sorts of variations, so I'll give a bunch of ideas below. But when I was recipe testing I really wanted to focus just on the peanut butter fudge base itself.

While those approaches are definitely tasty, everyone in my family strongly and adamantly agreed that they preferred the batch of peanut butter fudge made the old-fashioned way with plenty of peanut butter, butter, and sugar cooked in a saucepan on the stovetop. The marshmallow fluff approach was our runner up, but it is a bit sweeter and the peanut butter flavor is muted somewhat by the marshmallow, which also makes the fudge a bit fluffier and less fudge-like.

I mean, fudge is still fudge, and they were all delicious, but the recipe I'm sharing today is for our favorite, old-fashioned fudge that won our hearts with it's classic fudge texture and perfect balance of peanut butter flavor and sweetness. I think you're going to love it too!

There are just SIX ingredients in this peanut butter fudge recipe and you probably already have everything you need in your pantry! No need to make an extra trip to the store for a jar of marshmallow fluff!

How to Make Peanut Butter Fudge

Why is my fudge gritty?

If your fudge comes out grainy or gritty, it's because the sugar didn't completely dissolve when cooking it. Try cooking it a little longer at a slow temperature and stirring less to make sure the sugar dissolves completely. Stirring too much can actually sometimes be a problem when making fudge because it can cause the sugar to crystallize after dissolving.

How long does it take fudge to set?

This fudge, like most fudge, will set at room temperature in about 2-4 hours. You can usually speed up the process by sticking it in the fridge, but sometimes that can affect the texture of the fudge so I think it's best to let it set up at room temperature. 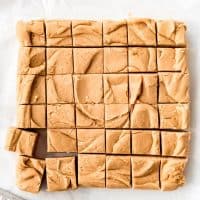