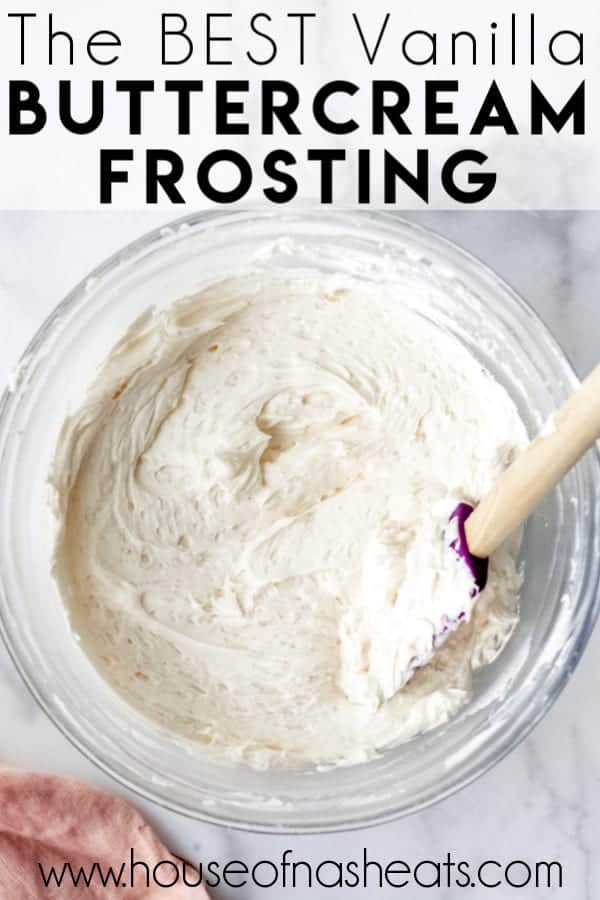 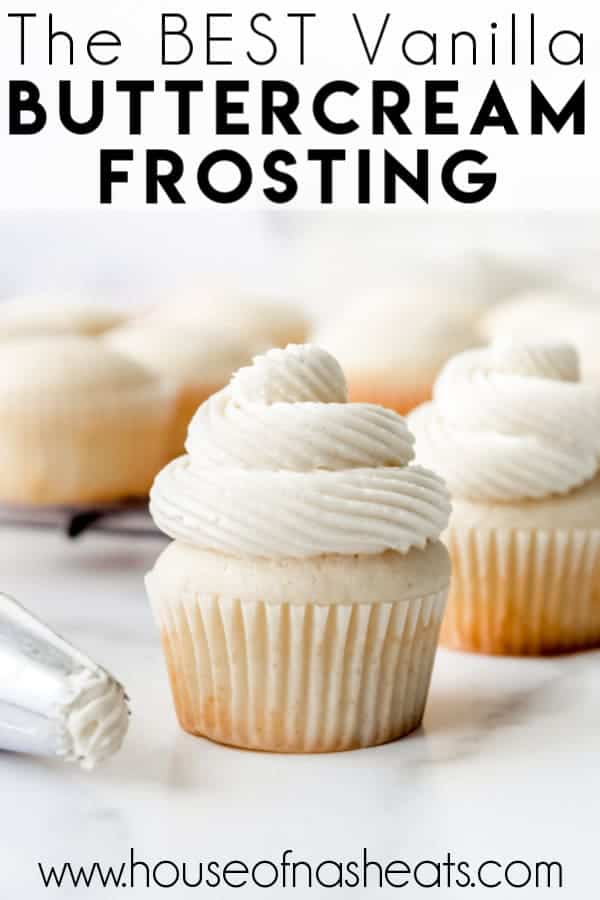 Vanilla Buttercream Frosting is creamy, sweet, and fluffy. It's so easy to make and super useful to have in your back pocket to use with your favorite cake and cupcake recipes. It's also great on sandwiched between cookies or even humble graham crackers for a simple, quick treat!

Can we all agree that homemade frosting is far superior to the canned kind? If so, you might also want to check out my Homemade Rainbow Chip Frosting, Best Chocolate Buttercream Frosting, Fresh Strawberry Frosting, and many other frosting recipes!

Even though vanilla buttercream is the most basic recipe ever, I feel like it deserves it's own post because of how much it gets used around our house.

This is close to the frosting I grew up with. It's just salted butter, powdered sugar, and some heavy cream, with a little vanilla and maybe a pinch of extra salt to balance out the flavors.

Except I often add three secret ingredients that make it the best vanilla buttercream ever. It's something I picked up while attending BYU in Provo, Utah for law school and getting hooked on cupcakes from a popular bakery there known as the Sweet Tooth Fairy.

I sampled DOZENS of their cupcakes over the years I was there and decided there was just a little something extra that made it so much better than the most basic vanilla buttercream. And it's the addition of very small amount of cream cheese, almond extract, and coconut extract.

These additional flavors can totally be left out if you want more of a straightforward, classic vanilla buttercream. But I think they make this vanilla frosting stand out in a subtle but special way without overpowering the classic vanilla flavor. One thing to be aware of though is that the small amount of cream cheese can make the frosting on the softer side, so if you are planning on doing more intricate piping designs, you might want to leave it out.

We used this frosting on everything from sugar cookies to birthday cakes.

How to make vanilla buttercream frosting

1. Beat the butter and cream cheese (if using) with an electric or stand mixer until light and creamy, about 2-3 minutes. You will actually notice the butter start to lighten in color as you beat air into it.

2. Add powdered sugar, heavy cream (you can use milk instead but if you have cream on hand it works best), vanilla, almond extract, coconut extract, and a pinch of salt. Beat again for another 2-3 minutes until smooth and creamy. It should spread easily but also hold it's shape for piping.

3. Add food coloring (affiliate link), if desired, then use to frost your favorite cakes or cupcakes.

Tips for the best vanilla buttercream

Cake and cupcake recipes to use with vanilla buttercream frosting 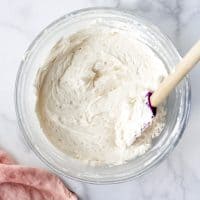 Vanilla Buttercream Frosting is creamy, sweet, and fluffy. It's so easy to make and super useful to have in your back pocket to use with your favorite cake and cupcake recipes. It's also great on sandwiched between cookies or even humble graham crackers for a simple, quick treat!
4.77 from 17 votes
Print Pin Rate
Course: Frostings
Cuisine: American
Prep Time: 10 minutes
Total Time: 10 minutes
Servings: 12 -16 Servings
Calories: 323kcal
Author: Amy Nash