This post is sponsored by the American Lamb Board. As always, all opinions expressed are my own.

A rich gravy with lamb and vegetables tucked under creamy mashed potatoes make this the BEST Shepherd's Pie recipe. Ever. Okay, in my opinion. But I'm pretty confident about this Irish comfort food classic.

We LOVE Irish foods and I like to make them to celebrate my Irish heritage. Other favorites that we make are Irish Apple Cake and Classic Corned Beef and Cabbage.

Do you celebrate St. Patrick's Day? It's such a fun holiday here in Dublin (CA, not Ireland). Our city puts on a big Irish heritage festival and parade every year with Irish dancers, music, and floats and of course everybody is dressed in green.

Since I'm part Irish, I like to make traditional Irish foods as a way of celebrating my Irish heritage. Foods like Dublin coddle, Irish soda bread, colcannon, and leek and potato soup are all traditional Irish recipes, just like this shepherd's pie recipe that I'm sharing today.

Real shepherd's pie is made with lamb, not ground beef, which is in a similar dish called cottage pie.

While the name might not seem like it means a lot, if you have never tried real shepherd's pie made with lamb instead of ground beef, you haven't actually had shepherd's pie. The lamb adds so much incredible flavor and it's the thing I love most about this classic Irish comfort food dish! In our family, there is a strong preference for shepherd's pie over cottage pie.

I partner with the American Lamb Board because we love lamb and eat it often at our house. There really is no other protein like it and the flavor is amazing.

Lamb is used in so many cuisines around the world and it's growing in popularity in the U.S.A. as more people are trying lamb and realizing how incredible it makes even everyday dishes taste. Especially with globally-inspired cooking, like Irish shepherd's pie, lamb is an authentic, adventurous choice.

And using American lamb means you are supporting local family farmers and ranchers. There are over 80,000 family-owned sheep farms and ranches in the United States and lamb is produced in every state! No growth hormones are used in American lamb production and the majority of U.S. sheep graze pastures for most of their lives.

Plus, it's true to the spirit of the original shepherd's pie recipe to use locally-sourced ingredients, which is something I feel good about. Support your local lamb growers by asking your butcher if they sell american lamb or visit americanlamb.com for recommendations.

We don't usually eat shepherd's pie on St. Patrick's Day, but that's only because it's so easy and so good that we want to eat it year round! It's delicious for Sunday dinner or comforting weeknight fare, especially when the weather is cold.

Paul, especially, loves shepherd's pie and has said it's one of his favorite things I make. We may have fought over who got the leftovers for lunch the next day.

Our kids love it too. Shepherd's pie is one of those magical foods that they gobble up without a word of protest on their part or any need for coaxing or encouragement from us to get them to clean their plates. Granted, our kids are good eaters, but this kind of enthusiasm for dinner is next level for them.

This really is the best shepherd's pie recipe and it's one I hope you will turn to again and again to feed your family.

If you make shepherd's pie for St. Patrick's Day this year, be sure to enjoy a traditional Irish dessert too! Like sticky toffee pudding or Irish apple cake with custard sauce!

Why is it called Shepherd's Pie?

Shepherd's pie got it's name because of the lamb in the dish and the shepherds who cared for them. Lamb was a popular protein source in Ireland and even though this "pie" doesn't have a traditional pastry crust, it's a similar approach where a filling made with a rich, gravy, vegetables, and ground lamb is covered with a layer of creamy mashed potatoes as the top "crust".

The whole thing is then baked until hot and bubbling and the potato topping is golden brown.

How to Make Shepherd's Pie

Tips for the Best Shepherd's Pie 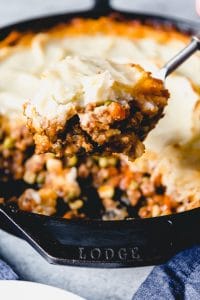 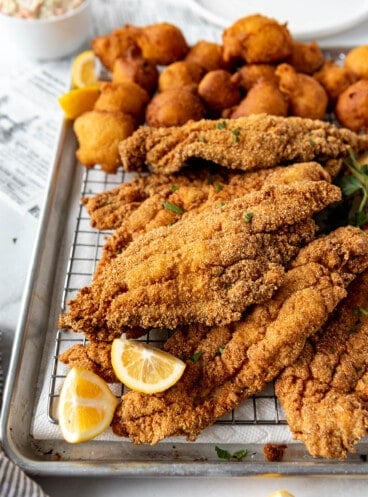