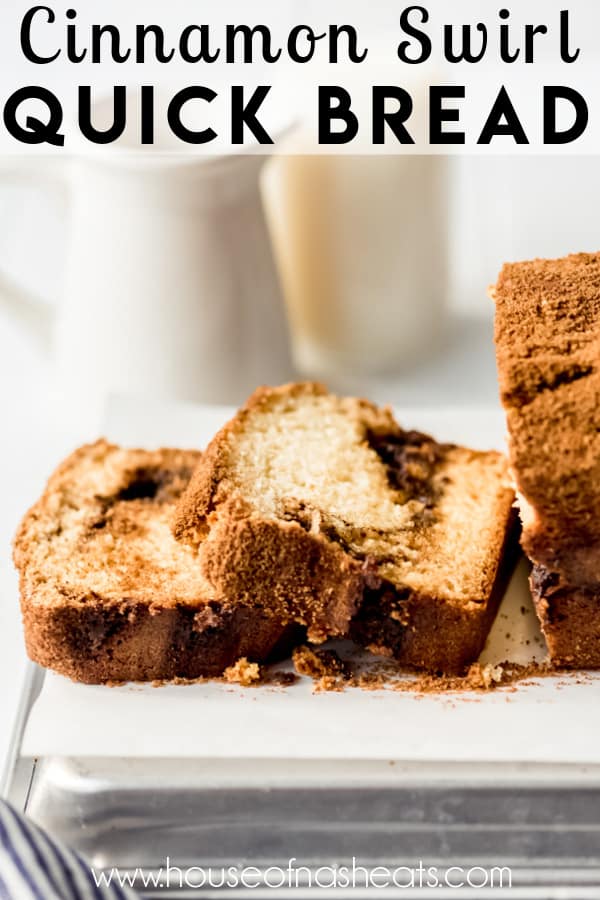 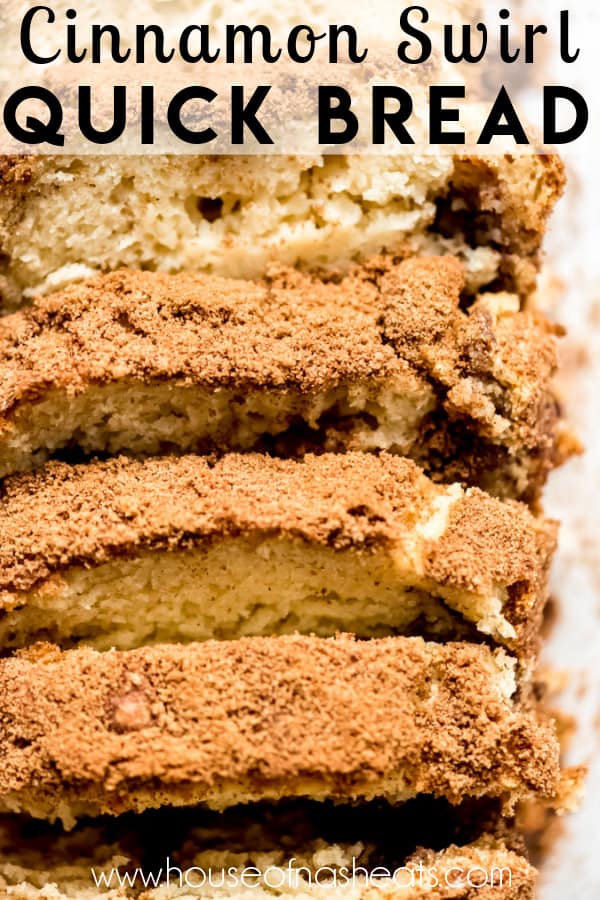 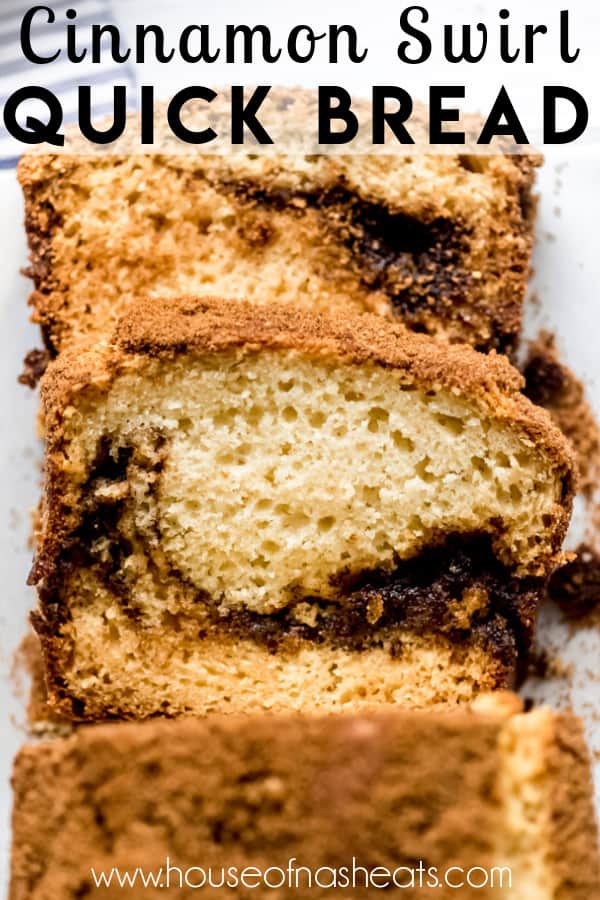 This Cinnamon Swirl Quick Bread is a cinch to prepare and absolutely scrumptious with it's thick swirl of cinnamon and brown sugar in the middle of rich, moist vanilla quick bread! There's even more cinnamon and sugar sprinkled on top for a wonderful finish and a little crunch!

Cinnamon always gives us the warm and fuzzies! Some of our other favorites featuring the lovely flavor of cinnamon are The BEST Homemade Cinnamon Rolls (I mean, obviously and always, right?) and this easy Whipped Cinnamon Honey Butter.

As much as I love working with yeast breads, I've been baking all sorts of quick breads lately because they are just so fun and easy to make and they taste delicious! We've tried peanut butter bread, cherry bread, strawberry bread, and others, all in the name of sharing our favorites here on the blog.

Some are still works in progress, but I can confidently say that I loved this cinnamon swirl bread enough to photograph it and share it here on the blog. Because you definitely need a slice or two of this bread in your life! Like, ASAP!

The base batter itself is a pretty simple, straightforward loaf that gets its flavor from sour cream (makes it nice and rich and slightly tangy) and vanilla. But we're all really here for that luscious cinnamon swirl in the center, right?

How do I get that perfect swirl in the middle of the bread?

The key to a perfect swirl is to first evenly divide the batter so you don't end up with too much on the bottom, which can cause the swirl layer to almost disappear into the top of the bread.

But also, I recommend you use a butter knife rather than a skewer and to lift some of the batter from the bottom up in a few spots, instead of just using a swirling motion. This pushes some of the cinnamon and sugar further down into the loaf while it rises up in other spots and gives the most motion and swoopiness to the swirl so you don't end up with just a solid line of cinnamon bisecting your loaf.

What is a quick bread?

A quick bread is made using baking soda and/or baking powder as the leavening agent, rather than yeast, which often requires proofing and rising. This makes the bread much quicker to make since you aren't waiting for the dough to double in volume before you can shape it or bake it.

Plus, you don't have to deal with kneading the bread to develop the gluten in the flour. Because of that, quick breads sometimes seem to bridge the gap between cakes and yeast breads.

Also, quick breads are always baked in a loaf pan as well, as opposed to other yeast breads like challah or french bread, which can be baked freeform.

As for finishing the loaf, we kept it really simple and just sprinkled some of the cinnamon sugar mixture on top. I personally love it this way but my coffee cake loving husband suggested using a streusel or crumble topping, which is kind of a genius approach.

You could also make a simple glaze from powdered sugar, milk, and vanilla and drizzle it over the cinnamon sugar top for an even sweeter, shiny finish. If you want to keep with the theme, you could even throw in a little extra cinnamon into the glaze to get in as much of the spice as possible in every bite of this bread!

It's a pretty simple list of common baking ingredients that most people will be familiar with for making this bread! You will get the best results if you pull out your eggs, sour cream, and milk ahead of time and let them come to room temperature, but it's not absolutely imperative for this recipe.

Can I use a different size loaf pan?

If you only have smaller 8.5x4.5-inch loaf pans, you could turn this into two loaves or just know that you will have a taller loaf that will take longer to bake. If you have a larger pan, this recipe will work, but it won't have the same height to it and will bake more quickly. I find that a 9x5-inch pan is pretty standard and what most people have, so it's what I use when making my quick bread recipes.

You could even make this recipe into muffins! Just divide the batter up evenly and bake for around 18-22 minutes.

How to serve this quick bread

While there is enough sugar in this bread to make it decidedly sweet, it's much less sweet than other desserts, which makes it perfect for enjoying for breakfast or brunch or snacking on in the middle of the day with a glass of cold milk.

But you could also serve it with a scoop of ice cream on top like a cake and call it dessert!

You can even make a mixture of beaten eggs and milk, then dip slices of this bread in it and fry them in a little butter on a griddle for some delicious French toast for a really fantastic breakfast treat! So you might want to just go ahead and make a double batch while you are at it. 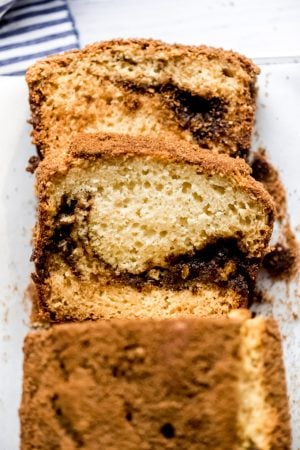 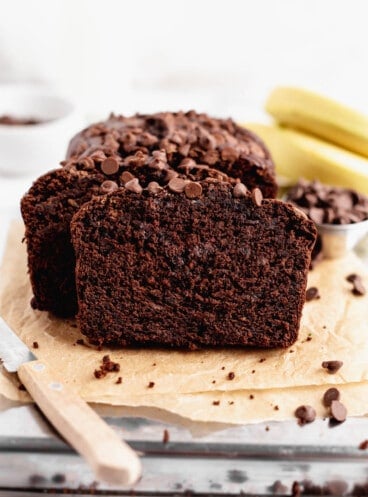 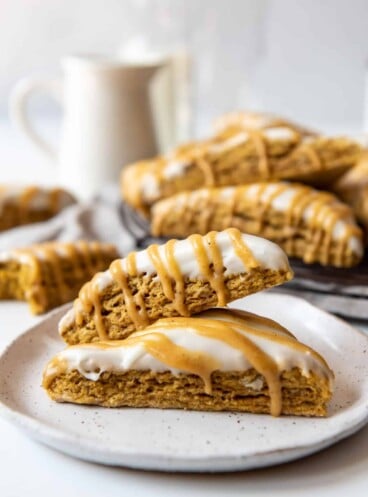