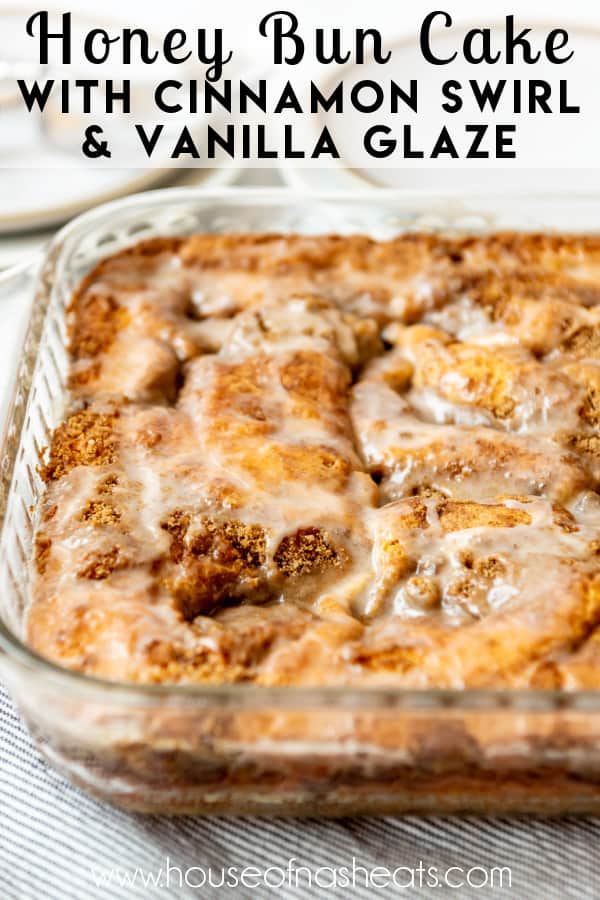 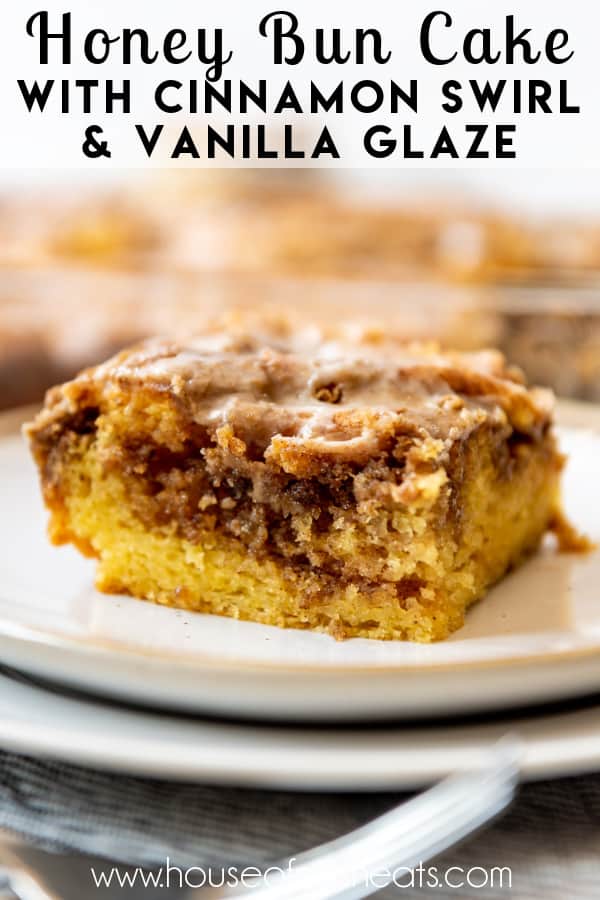 Serving up warm squares of this easy Honey Bun Cake is sure to make your family happy! It is made with a thick ribbon of cinnamon sugar swirled through a moist yellow cake mix, then glazed with a sweet and simple icing to mimic those classic lunch snack cakes.

There is just something about recipes that feature cinnamon and brown sugar that is always so comforting! If you enjoy this cake recipe, be sure to also check out our Sour Cream Coffee Cake, Cinnamon Roll Waffles, and Cinnamon Swirl Quick Bread next!

My husband, Paul, LOVES coffee cake. It's one of his all-time favorite treats, so it's unsuprising that he went crazy for this honey bun cake. In fact, he just walked into the room and saw a picture of this one my screen and immediately started lauding it as one of his favorite things I have made in a while.

I mean, what's not to love? It's a dense, gooey, slice of cake that is very cinnamon roll-esque without the trouble of actually making a batch of cinnamon rolls. It's impossible to go wrong.

Why this recipe is so awesome

How to Make Honey Bun Cake

What is a honey bun?

Honey buns are little snack cakes made by Little Debbie that are kind of like fried cinnamon rolls that are glazed on the outside. You might have enjoyed them in lunches growing up or grabbed one from a vending machine before. They are tasty little treats!

Do I follow the instructions on the back of the box of cake mix?

Nope! In this recipe, you just use the dry mix and add the oil, eggs, and other ingredients mentioned in the recipe card. Just ignore what the back of the box says.

How long does this cake last?

The short answer is not long! If you do have leftovers, they will stay nice and moist in an airtight container at room temperature for 3-4 days. You can even freeze the cake, although the glaze doesn't do quite as well after thawing and kind of melts into the cake a bit. It still tastes good though! 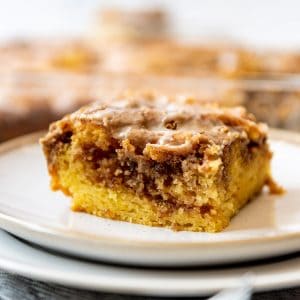