Slow Cooker Beef and Noodles is a midwest comfort food classic. Tender shredded beef in a rich gravy with homemade egg noodles in every bite are sure to satisfy any time of the year!

I grew up, well, all over the place, but much of my youth was spent in Nebraska, which is pretty much the heart of the midwest. And I remember having beef and noodles as a child, but it’s something I sort of forgot about until recently.

This dish is hearty, comforting, and oh-so-satisfying on many levels. For one, it’s really easy to throw a roast in the slow cooker in the morning and let it cook all day until it is tender enough to be shredded.

Then the tender beef gets treated to a bath in a savory, silky gravy and egg noodles are added to round out the dish.

It’s absolutely wonderful on chilly nights and it makes the BEST leftovers the next day.

I like to make my own homemade egg noodles for beef and noodles. One of the greatest joys of this kind of comfort food are the thick, chewy noodles that hold up to the savory, succulent beef.

But you can also find frozen egg noodles in the freezer section at most grocery stores. They work so much better than the dried kind of egg noodles, which I personally do not recommend for this recipe where the noodles take center stage with the savory chunks of beef.

I’ve got a whole post on how to make egg noodles if you have never made them before and want more details than the recipe provided below. I’ve made them dozens of times over the years and they are incredibly easy and forgiving.

You can even make the noodles a few days in advance and refrigerate them so they are ready to go for your crock pot beef and noodles. Or even freeze the uncooked egg noodles for up to 3 months!

I think the balance of beef to noodles is just right as written below, but my husband really loves noodles and always asks me to double that part of the recipe!

How to Make Slow Cooker Beef and Noodles

How do you thicken beef and noodles?

If using homemade egg noodles, I find that I don’t need to add anything to thicken my beef and noodles. The flour dusting the noodles when they were rolled out is sufficient to turn the liquid in the slow cooker into a nice silky gravy.

If using frozen store-bought noodles, you might need to whisk 2 tablespoons of cornstarch with 2 tablespoons of water, then stir that into the broth when adding the noodles. Stir again after 30 minutes and just before serving.

What if your sauce gets too thick?

If you find that the sauce for your has thickened more than you like, stir in additional beef broth, 1/2 cup at a time to reach your desired consistency.

What to Serve with Slow Cooker Beef and Noodles

Because it’s such a savory, comforting dish, Slow Cooker Beef and Noodles goes especially well with a nice Italian green salad with my copycat Olive Garden Salad Dressing or something like Oven Roasted Broccoli.

But you can also ladle spoonfuls of beef and noodles over creamy mashed potatoes for an even heartier dinner.

If you happen to have leftovers, they can be kept in the fridge for up to 2-3 days and reheated on the stove or in the microwave. 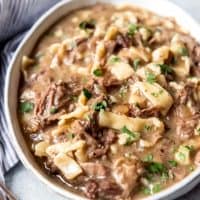 This post first appeared on Yellow Bliss Road where I am a contributor. 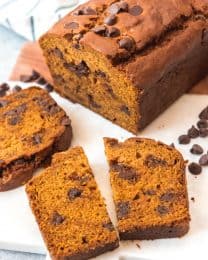 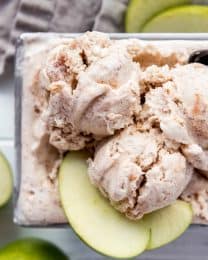 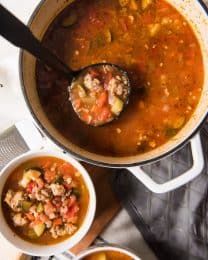 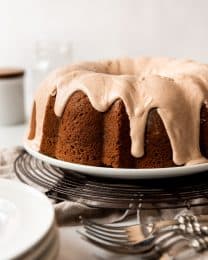 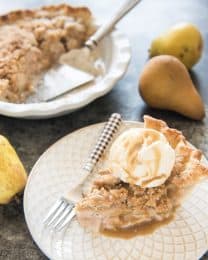