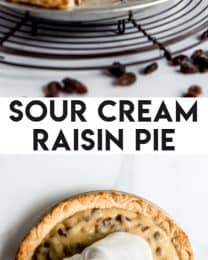 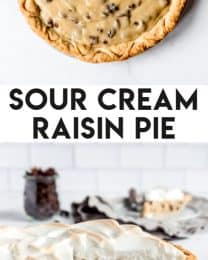 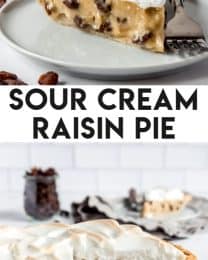 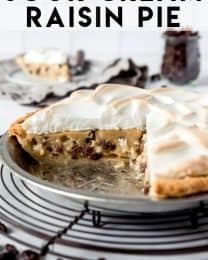 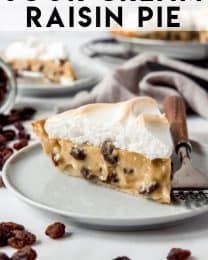 Gently spiced custard filled with plump raisins nestled in a flaky pie crust and tucked under a layer of toasted sweet meringue in this Sour Cream Raisin Pie that is a Midwest classic! It might sound strange but give it a try and you’ll be pleasantly surprised!

We love pie around these parts and truth be told I’ll take pie over cake almost any day of the week! Be sure to try our Indiana Sugar Cream Pie, Dutch Apple Pie (aka Apple Crumble Pie), and Easy Blueberry Custard Pie! 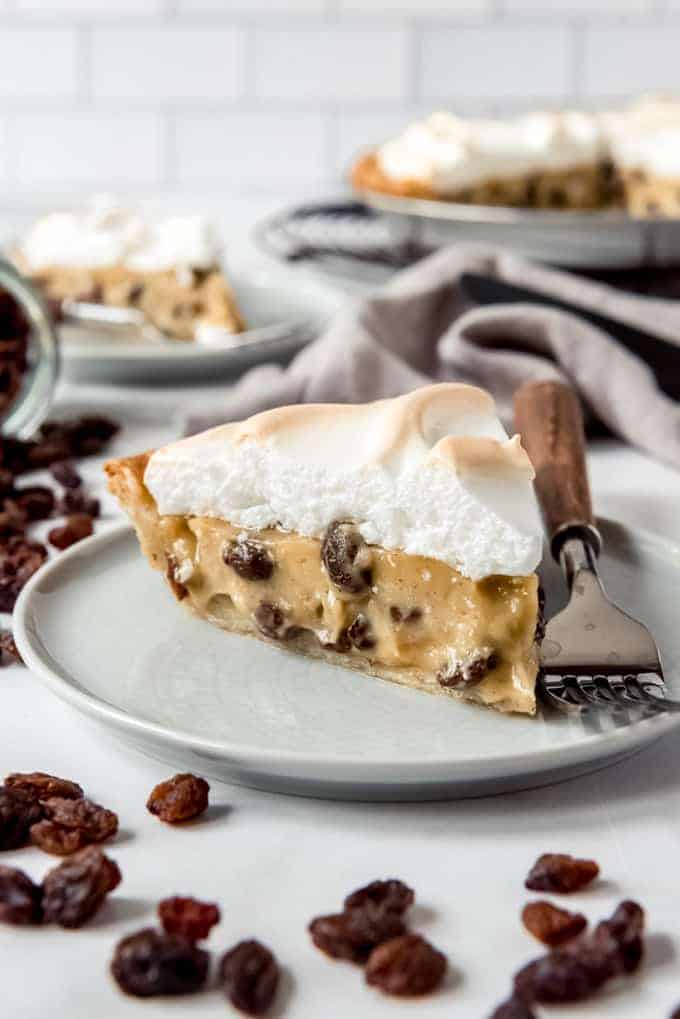 Sour cream raisin pie isn’t your average sounding pie, but it is one your grandma probably knows. With this vintage custard pie, you can turn back the hands of time and deliver grandma’s sour cream raisin pie recipe to the here and now. And trust me, it’s a time travel trip worth making.

This sour cream raisin pie recipe may have originated with the Amish or German population in the midwest, although it’s hard to say for sure. I stumbled onto it when Taste of Home included it as the representative pie for the state of Iowa in it’s article “50 Pies for 50 States”.

If you have been enjoying my American Eats series and love trying foods from different regions of the USA, you might want to check it out! And if you are new to the series, it’s where I’m cooking my way across the United States making some of the most beloved regional dishes and flavors of each state, one state at a time. 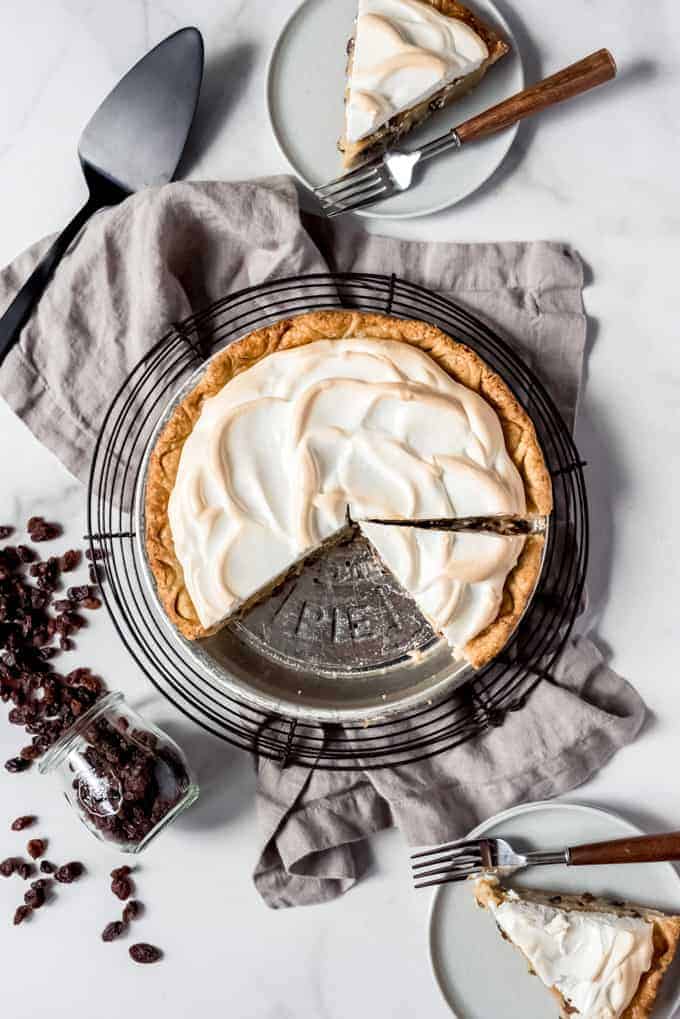 What is sour cream raisin pie?

Sour cream raisin pie is an easy custard pie that actually tastes much better than it sounds. With a great amount of vanilla flavoring and spices, it’s perfect for fall weather (or any time of the year really). This old school pie is incredible and packed with flavors and textures that just work well together.

We were all dubious about how this pie would turn out, if I’m being completely honest. While we aren’t raisin haters, I don’t particularly love them in desserts aside from oatmeal cookies and apple strudel.

But as we each took our first tentative bites of this pie, everybody had the same astonished reactions of delight at it’s wonderful texture and flavors. Plumping the raisins beforehand is key so they are soft instead of chewy when you bite into the pie. And the perfect balance of spices is the perfect accent, rather than overpowering the sweet, homey flavor of the custard. 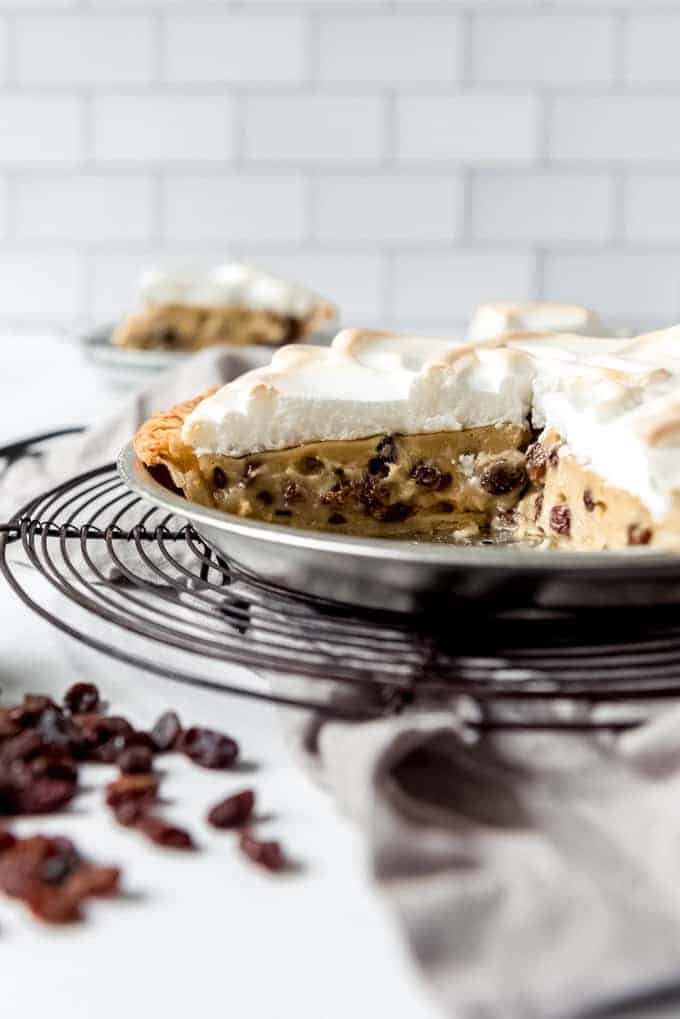 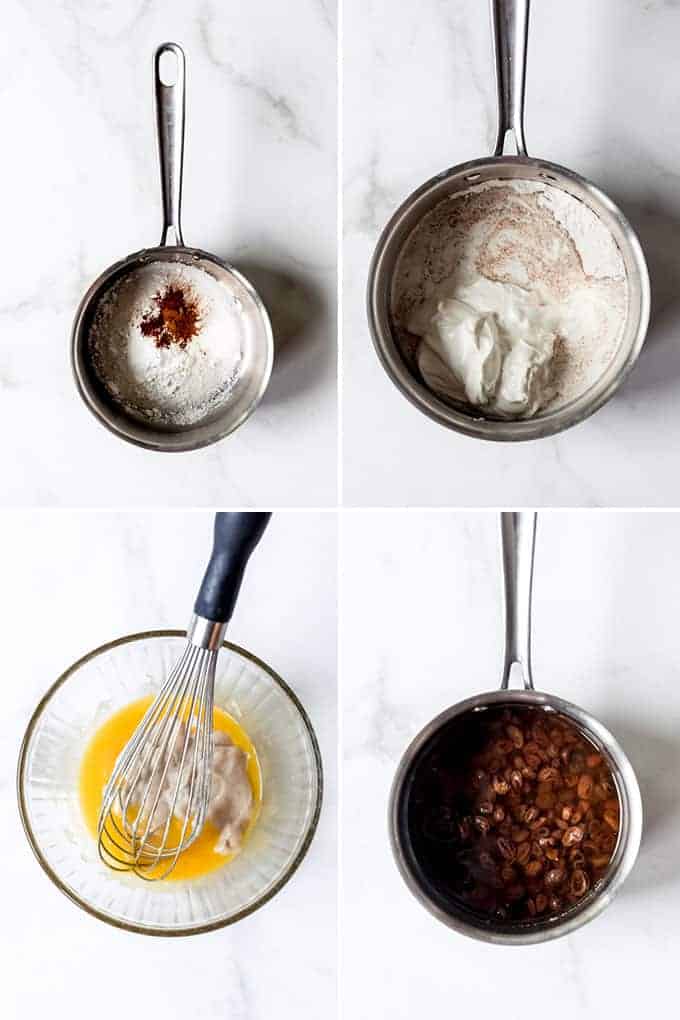 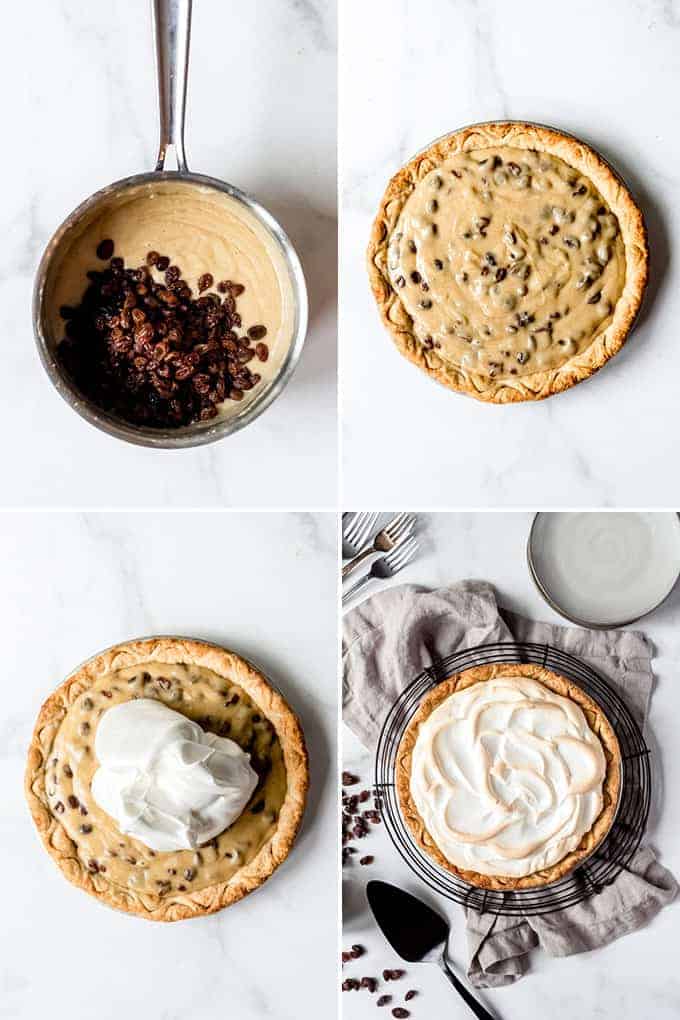 I don’t recommend freezing this sour cream raisin pie. Custard based pies in general tend to not freeze very well, and this one has a meringue which also doesn’t hold up the best to freezing and thawing. When they thaw the filling is often watery, gross and even the crust gets soggy too. It’s best to avoid freezing this pie and just eat it fresh if you want to enjoy it at it’s best.

Does sour cream raisin pie need to be refrigerated?

Yes, this pie does require refrigeration. Whenever it’s not being eaten, it should be kept covered in the fridge.

You could search the internet for hours and still not get a definitive answer. Some say it’s a German sour cream raisin pie while others say it originated in the midwest or is a Mennonite recipe. All we can know for sure is that it’s been around for generations! 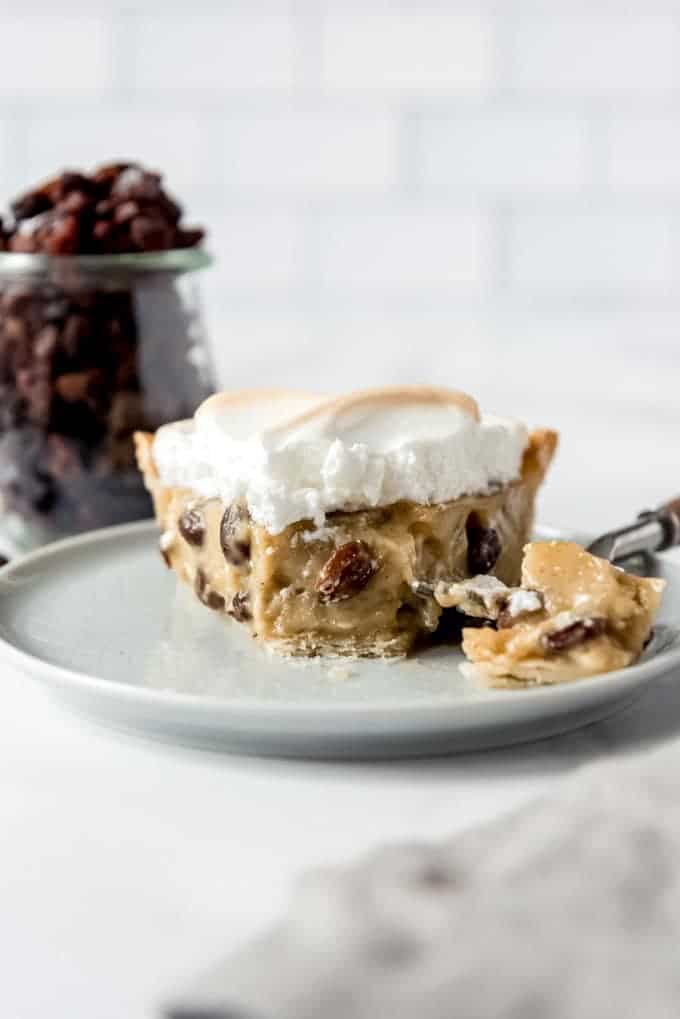 Recipe adapted from Taste of Home. 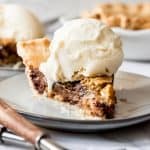 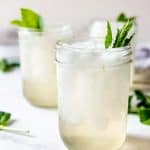