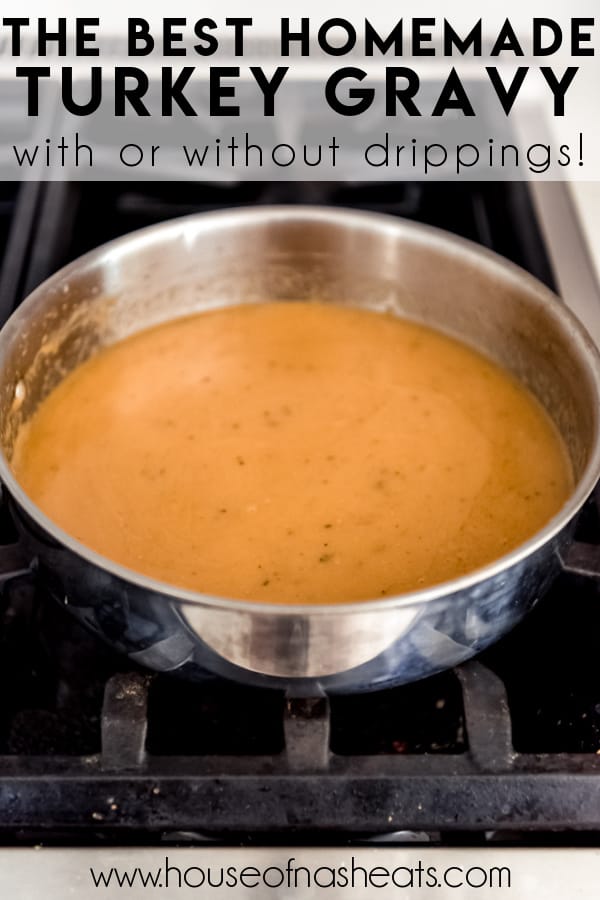 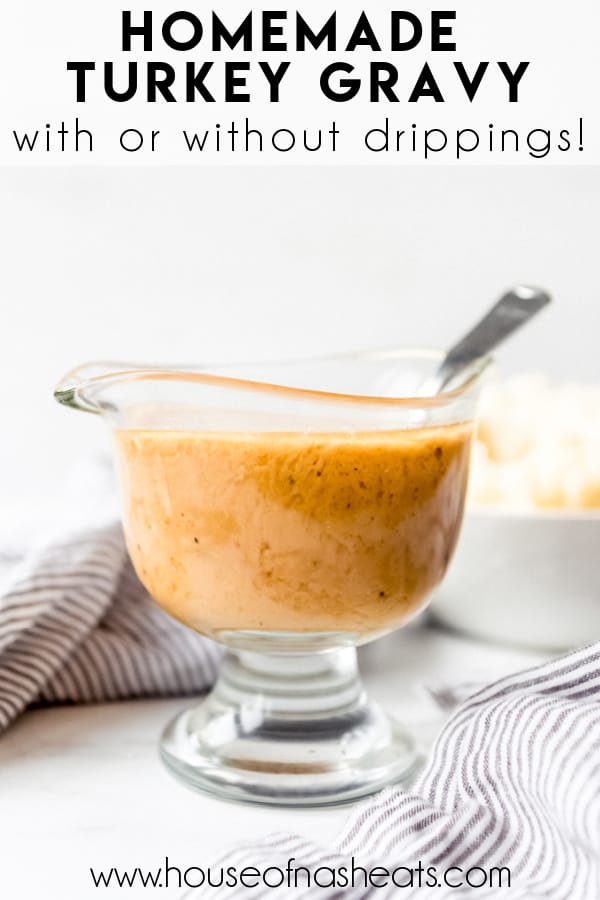 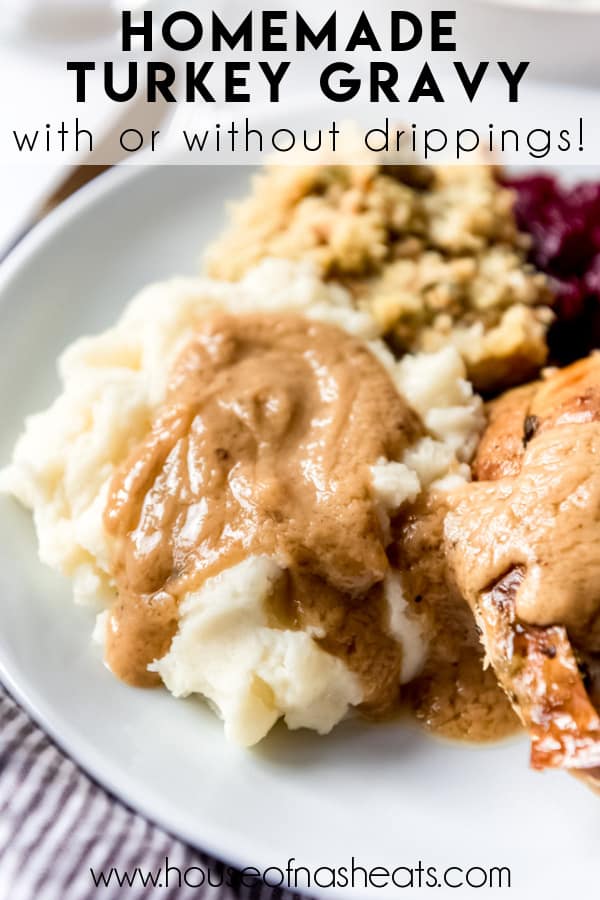 This incredibly easy recipe makes the BEST Homemade Turkey Gravy that I have ever had. Once you learn how to make turkey gravy from scratch rather than using a packet, you will never go back. I'll show you have to make this 4-ingredient turkey gravy with drippings, if you have them, or using broth or stock, if that's what is available instead.

Obviously you are going to want your turkey gravy over some creamy mashed potatoes. But we also love it over our roast turkey or even on sandwiches with leftovers the next day!

That gravy boat up there belonged to my husband's Grandma Nash. When I went to take pictures for this post I remembered I don't actually have a pretty gravy boat myself. So we called up Paul's aunt who lives just a few streets over from us and asked if she had one we could borrow. She had three to choose from, but when she mentioned this one was her mom's, I knew there was no other choice.

Grandma Nash was an absolutely wonderful hostess and cook and I have shared some of our other favorite recipes of hers on the blog, like her creamy apricot pork chops, famous english toffee, and her poppy seed dressing. So it was extra special that I got to use her gravy boat for this post.

Store-bought gravy, whether it's from a powdered mix or the bottled variety, just cannot compete with a batch of homemade gravy. The flavors of homemade turkey gravy made with the pan drippings from a roast turkey just blow all other gravy attempts away.

How to make turkey gravy

Even though I will always tout the merits of turkey gravy made with drippings from a roast turkey, there are times when you just don't have any turkey drippings to work with. Like when you make a smoked turkey or a deep fried turkey. Or when you accidentally forget and toss your disposable roasting pan out, drippings and all, without thinking about it. (It happens.)

But you can still make a delicious homemade gravy using turkey stock or even just chicken broth in place of the drippings. I recommend adding a few teaspoons of chopped, fresh herbs, in this case, to add some extra flavor to the gravy, and be sure to taste and balance out the salt and pepper, since the stock or broth usually won't have as much as drippings will. 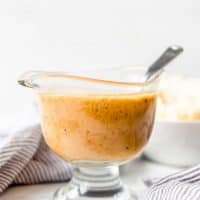 This incredibly easy recipe makes the BEST Homemade Turkey Gravy that I have ever had. Once you learn how to make turkey gravy from scratch rather than using a packet, you will never go back. I'll show you have to make this 4-ingredient turkey gravy with drippings, if you have them, or using broth or stock, if that's what is available instead.
4.72 from 7 votes
Print Pin Rate
Course: Spreads & Sauces
Cuisine: American
Prep Time: 5 minutes
Cook Time: 15 minutes
Total Time: 20 minutes
Servings: 8 servings
Calories: 69kcal
Author: Amy Nash