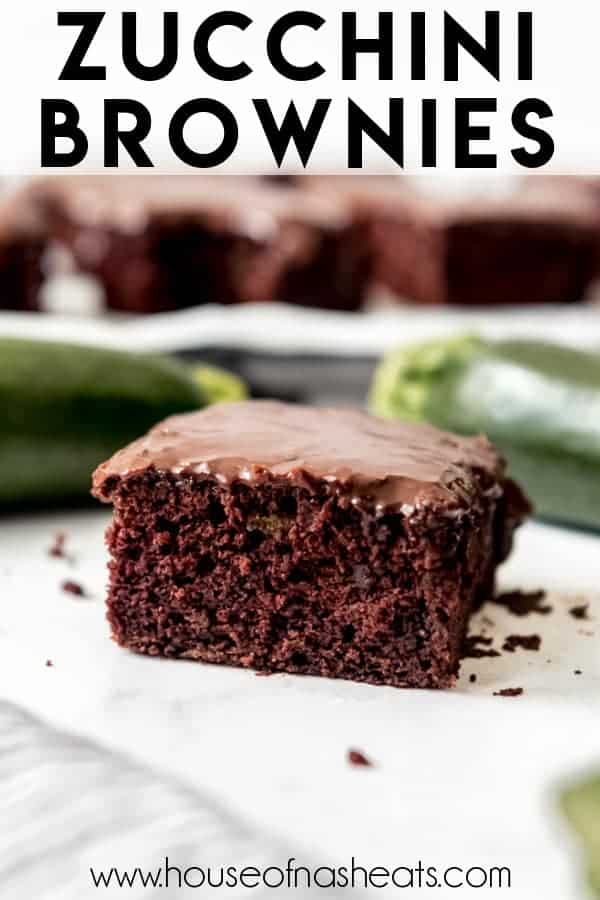 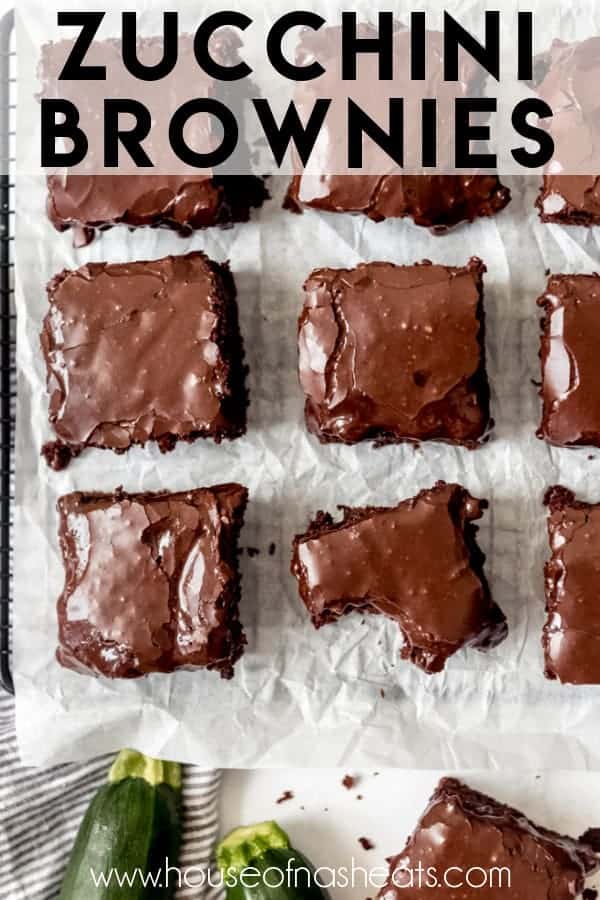 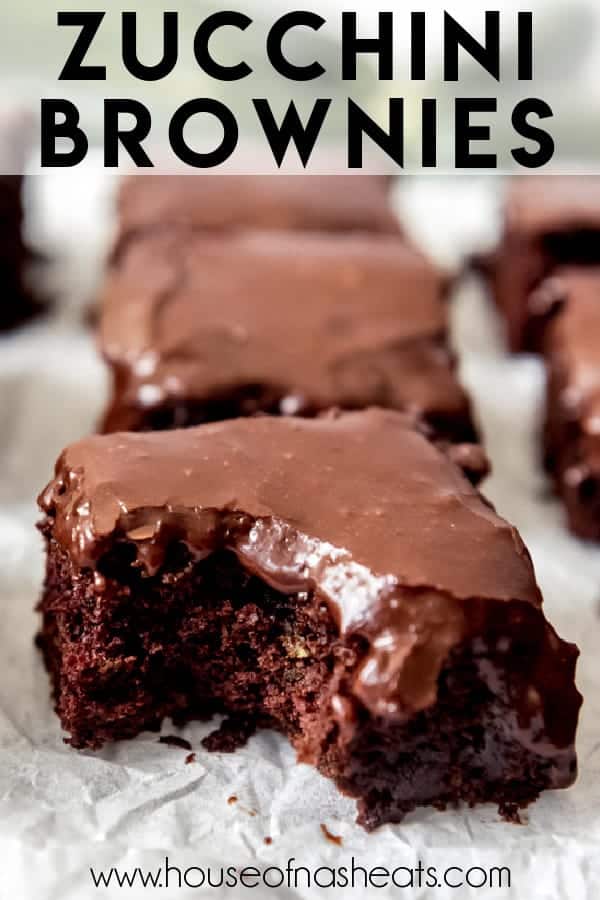 It never hurts to eat extra veggies, right? These rich, chocolate Zucchini Brownies are made with a not-so-secret ingredient that keeps them extra moist! The simple chocolate icing poured over the brownie base makes these extra special and decadent.

During the summer we are always looking for new and different ways to use up our garden-fresh zucchini. Sometimes we make Zucchini Noodles, but most of the time it's these brownies or one of our other favorite zucchini recipes are Lemon Poppy Seed Zucchini Bread, Double Chocolate Zucchini Bread, and Zucchini Bread with Walnuts.

Before you start knocking on vegetables in brownies, think about how moist and wonderful shredded carrots make carrot cake. Or how zucchini bread is super moist and delicious. Adding finely grated zucchini does the same miraculous thing to brownies.

You won't actually taste the zucchini once the brownies are baked. But it's a great way to use up all that fresh zucchini from the garden. And the zucchini replaces the eggs in traditional brownie recipes (there are none in this one) in terms of providing moisture and binding for the batter.

I want to be straightforward with you here. These brownies learn more towards the cakey-side of the line as opposed to being fudgy brownies. They are a bit lighter and fluffier than most brownie recipes that I typically make, in case you are a die-hard fan of fudgy brownies only.

In my experience, I have seen and tried other recipes using zucchini in brownies that claim to be fudgy, but I have yet to actually try one that lives up to what I consider true fudginess. But at the same time, these are more dense than what I think of as zucchini cake. Hence the brownie moniker.

In reality, the dessert sort of straddles the line between both worlds. Although the super moist to the point of being "wet" icing helps pull them toward the realm of brownie-dom by giving them that solidly fudgy flavor.

The icing gets poured instead of spread over the brownies so it kind of soaks in. Unlike frosting that you spread on and swirl with a knife, the simple icing is smooth and shiny. It barely sets to a crackly finish on the top, while underneath is a layer that's fudgy and one of our favorite things about these zucchini brownies. The unusual texture of the icing and rich chocolate brownie beneath is heaven!

Our youngest child seriously hasn't stopped talking about these brownies since I made them and keeps asking to make them again. I'm pretty sure she would choose zucchini brownies over a more classic brownie any day of the week.

How to make zucchini brownies 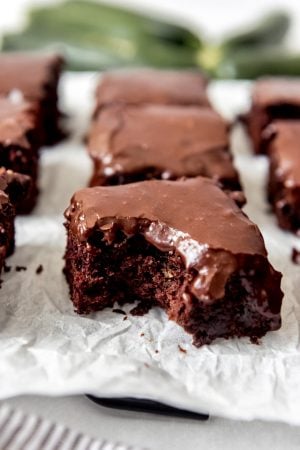 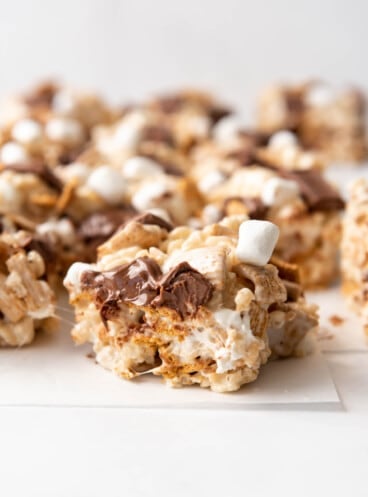 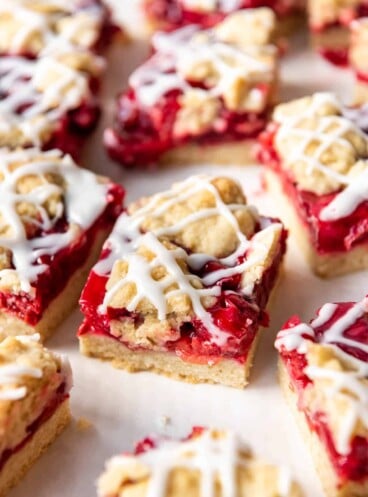 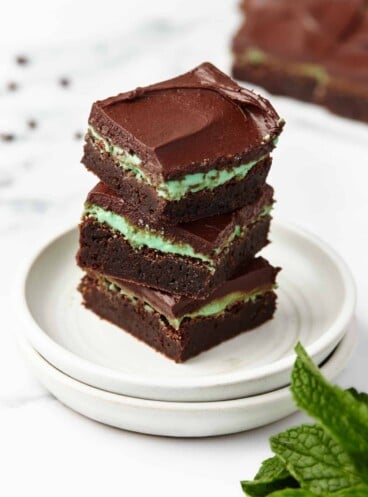