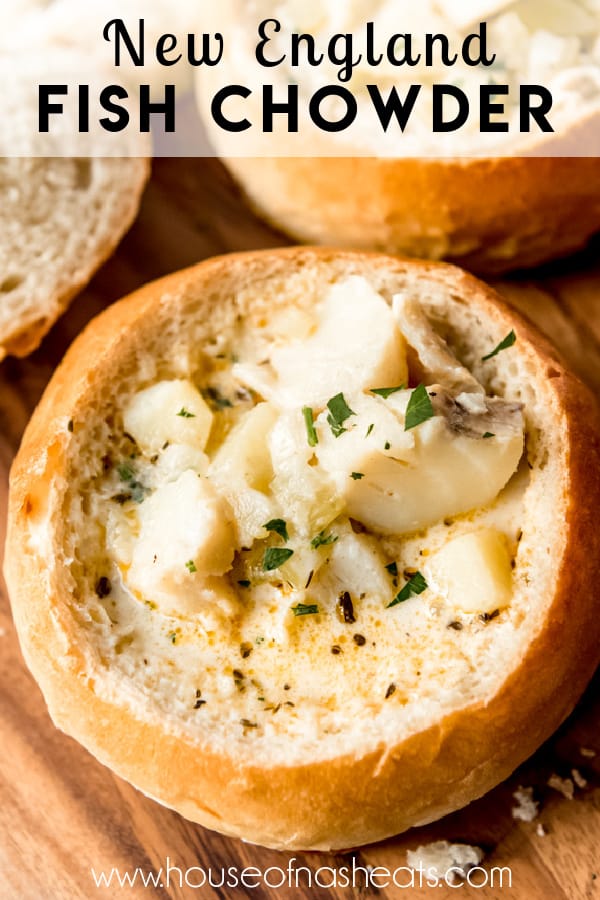 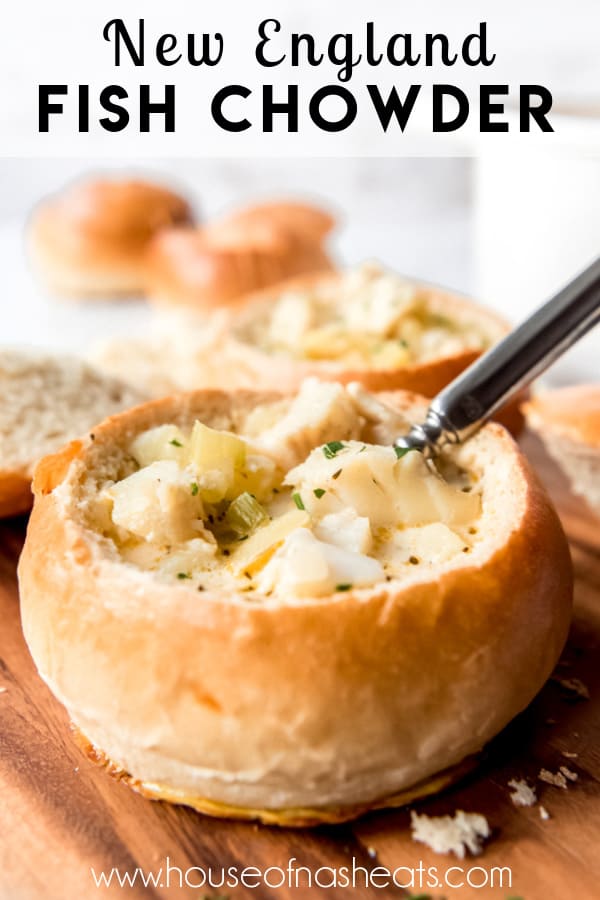 Wonderfully rich New England Fish Chowder is easily restaurant-quality with tender chunks of potato, flaky white fish, and a savory, seasoned broth that seafood and soup lovers will definitely enjoy! This version is inspired by Maine but fish chowder is popular throughout New England and the British Isles.

There is something so incredibly satisfying to me about seafood soups and stews. Classic San Francisco Cioppino and rich, savory Smoked Salmon Chowder are two of our other favorites that you might enjoy if you like this Fish Chowder.

When we were in Maine some years back, we enjoyed a delicious bowl of fish chowder that would probably be on my "best I ever had" list. It was silky, flavorful, and creamy without being heavy or overly thickened.

Although it's called a chowder, it's nothing like the gummy, gluey versions that are overly thickened with too much flour. In my perfect chowder, the thickening comes from nothing other than the starch that cooks out of the potatoes and a bit of heavy cream added at the end before serving.

My favorite fish chowder recipe also has to have a good amount of actual chunks of fish and pieces of tender potato that won't just disintegrate in the broth. The key is both in using plenty of each ingredient (and the right type of fish and potatoes), cooking them just until tender (don't go overboard boiling the life out of your potatoes!), and cutting them the right size so you get some in every spoonful.

This fantastic fish stew recipe doesn't skimp on the seafood flavor, which is a common problem I have with many chowder recipes which just taste like potatoes and cream and not enough of actual fish or seafood. The secret ingredient for those of us who don't have access to and don't want to bother making our own homemade fish stock is to use a bottle of clam juice for part of our cooking liquid instead of just chicken broth.

The clam juice adds a delightfully briny, seafood flavor to the broth that we really enjoy! If you are feeling wary or unsure about how your family will feel about it, you can cut or replace half or all of the clam juice with water or additional chicken broth or stock instead. But it really is delicious and you should try it with clam juice at least once!

What you'll need for fish chowder

You might notice that there is no flour included in this list of ingredients. Traditionally, New England-style chowder is not made with flour. But I will include a note below on how to thicken with flour if you want an even creamier result.

How to Make Fish Chowder

The actual amount of time spent making this chowder is around 15 minutes. Which leaves plenty of time for making bread bowls or a loaf of french bread to go with dinner.

How do you thicken fish chowder?

Can fish chowder be made in advance?

Yes! This recipe can be made 2 days in advance and kept in the fridge, then reheated over medium-low heat until warm. I don't recommend freezing this soup and reheating though as the cream tends to curdle and separate.

Can I use fish stock?

Yes, if you have fish stock or seafood bouillon that can be combined with water to make fish stock, you are welcome to use it to replace the chicken broth and clam juice.

Make this recipe your own!

If you want to try changing things up with this recipe, here are some ideas to get you started to make this fish chowder just the way you like it! 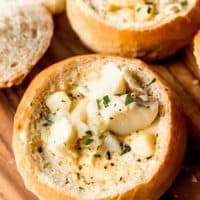