This Homemade Banana Pudding recipe is a classic Southern dessert made with layers of sliced fresh bananas, an easy homemade custard, Nilla wafers, and topped with a light and fluffy meringue! It’s the perfect way to finish any Southern meal!

My family goes through phases where I can’t keep enough bananas on hand or they go ripe on the counter. When they do, I like to make Banana Bars, my Best Easy Banana Bread (a reader favorite!), or Coconut Lime Glazed Banana Bread (also delicious but with a fun flavor twist!).

Here’s a truth:  I don’t really like bananas. Unless they are in a creamy, dreamy dessert like this Southern banana pudding. Or baked into banana bread. Or sliced into banana cream pie. Okay, so I like bananas, just not plain bananas.

We just got back from spending Spring Break with our kids in Georgia and South Carolina and ya’ll, the food there is seriously fabulous.

At one point, we were checking into our hotel and the desk clerk smiled at my girls and asked “how ya’ll doin’ today?” in a thick Southern accent. They looked at her quizzically so she repeated herself. At which point they looked to me for help.

“She’s asking how you all are doing,” I translated. “In the South they say ya’ll instead of you all.”

I’ve been to over 20 countries but don’t know that I ever felt like I stuck out as a tourist quite as much as I did in that moment. We ate our way through Atlanta, Charleston, and Savannah on our trip and loved all of the delicious foods.

I’ve got a whole bunch of Southern goodness coming your way, but figured I ought to start out with one of our all-time favorite desserts: homemade banana pudding! And we are making it the true Southern way, with a billowy toasted meringue on top rather than whipped cream.

Of course, if you want to top your banana pudding with whipped cream rather than meringue, I totally understand. We like it that way too and I’m not gonna judge if you choose whipped cream instead!

But for the sake of authenticity, a true Southerner is most likely to make these with a light and fluffy, towering meringue. I actually made multiple batches of banana cream pudding when I was recipe testing and I definitely preferred it with clouds of meringue on top.

This is the first recipe I’m sharing celebrating foods from Georgia (the state, not the country) as part of my American Eats series. It’s really eaten all over the South, but I had to share it for Georgia since it was my favorite dessert at Paula Deen’s restaurant in Savannah.

If you love southern food like I do, you might also want to check out the dishes I shared for Alabama as well.

Here is what you need to make homemade banana pudding from scratch:

How to Make Southern Banana Pudding from Scratch

As you can see, the actual pudding part of this dessert isn’t actually banana flavored. It’s really just a vanilla pudding with bananas in it. Just like banana cream pie is a pie shell filled with vanilla custard and sliced bananas.

I have seen other recipes that call for banana extract or mashed bananas to be added to the pudding to flavor it, but I prefer this old-fashioned banana pudding recipe with a vanilla custard instead.

Do you eat banana pudding hot or cold?

I have strong feelings about this. We definitely prefer to eat our southern banana pudding while it is still warm. I’ve been told that this is also how most southerners prefer to eat it as well. But lots of people like to make the homemade banana pudding ahead, chill it in the fridge and serve it cold, adding the meringue and toasting it right before serving. 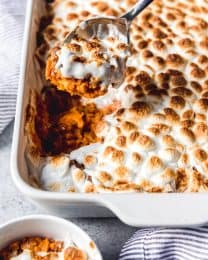 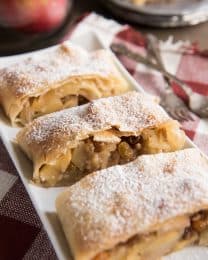 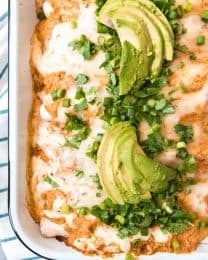 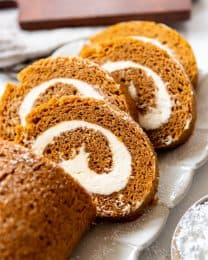