Take a tropical vacation with these delicious and moist Key Lime Cupcakes topped with a key lime buttercream frosting and graham cracker crumbs!

Citrus desserts are some of our favorites. Be sure to also check out our Knotted Orange Sweet Rolls, Glazed Lemon Cookies, and Lime Meltaway Shortbread Cookies! 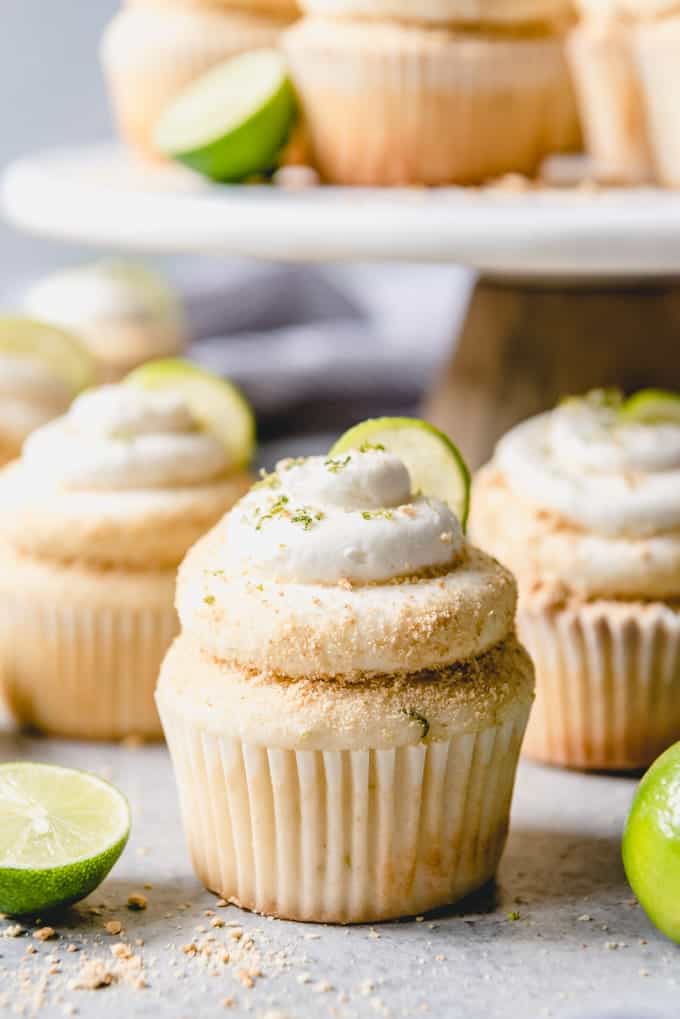 Key limes and I have been having a moment lately. It started with baking up a classic key lime pie recipe when I was exploring the foods that Florida is well-known for as part of my American Eats series. But I just couldn't get enough of their tart and tangy deliciousness.

These cupcakes were supremely delicious! The cake part is essentially a wonderful vanilla cupcake that gets a key lime makeover with juice and zest from key limes. Then the frosting gets the same treatment before being piped on and rolling the edges in crushed graham cracker crumbs for the complete key lime pie effect just in cupcake form. 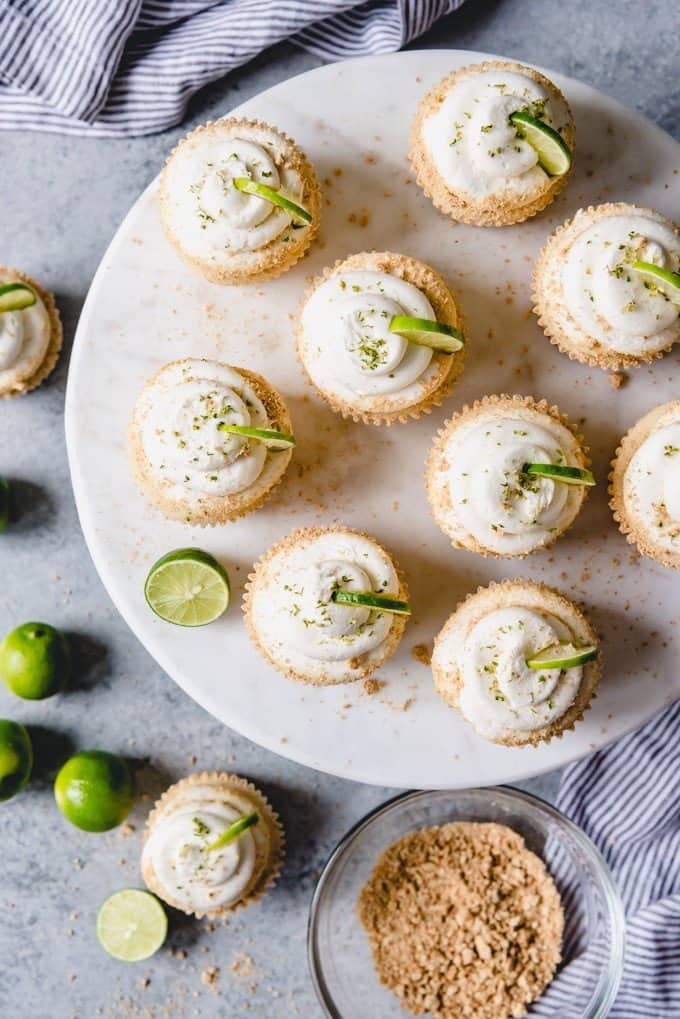 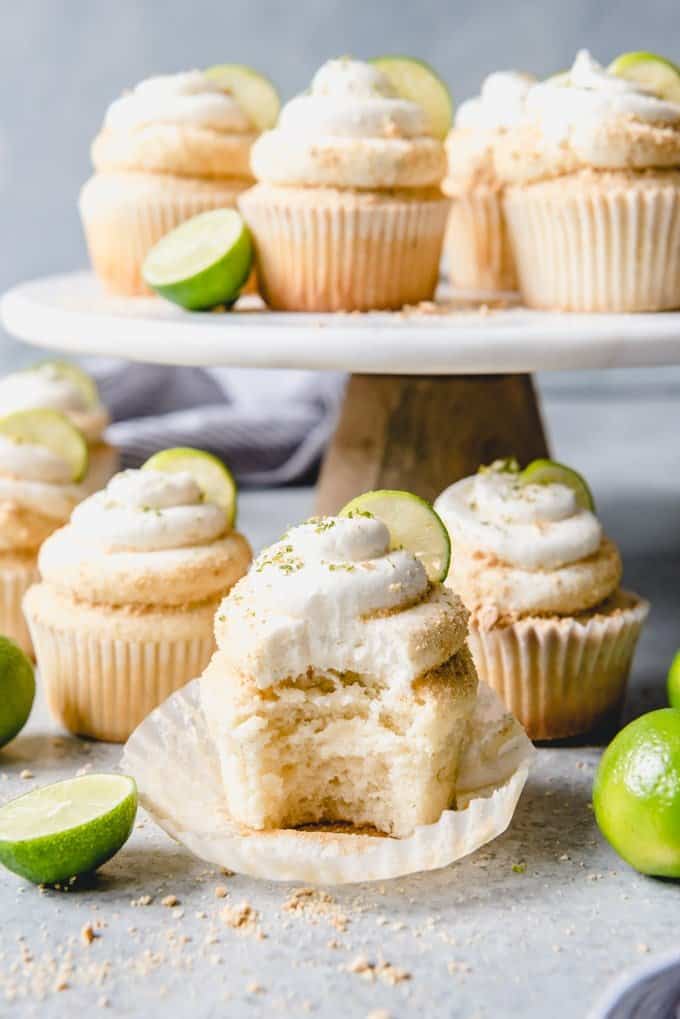 But full disclosure: I feel like I missed an opportunity to fill these with key lime curd and top them with the graham cracker frosting from my s'mores cupcakes instead. Don't let that stop you from making them, because they are scrumptious as is, but I do wish I had thought to try it at the time.

Truthfully, I've never made "filled" cupcakes. And it just didn't even cross my mind until these were all finished.

But I will definitely be making these again and going for the lime curd and graham cracker frosting variation next time. I will report back and let you know how they turn out.

If key limes aren't in season, you can substitute an equal amount of regular lime juice and zest in the recipe. The flavors are subtly different - key limes are more acidic and have a slight floral aroma to them - but they are close enough to make this recipe work.

If you have never used key limes before, they are tiny! I have found that it takes 3, 4, or even 5 times the number of key limes to get the same amount of juice or zest as regular Persian limes. But it's worth it!

You might find it easier to use a garlic press to extract the juice from the limes than to juice them like you might oranges or lemons. 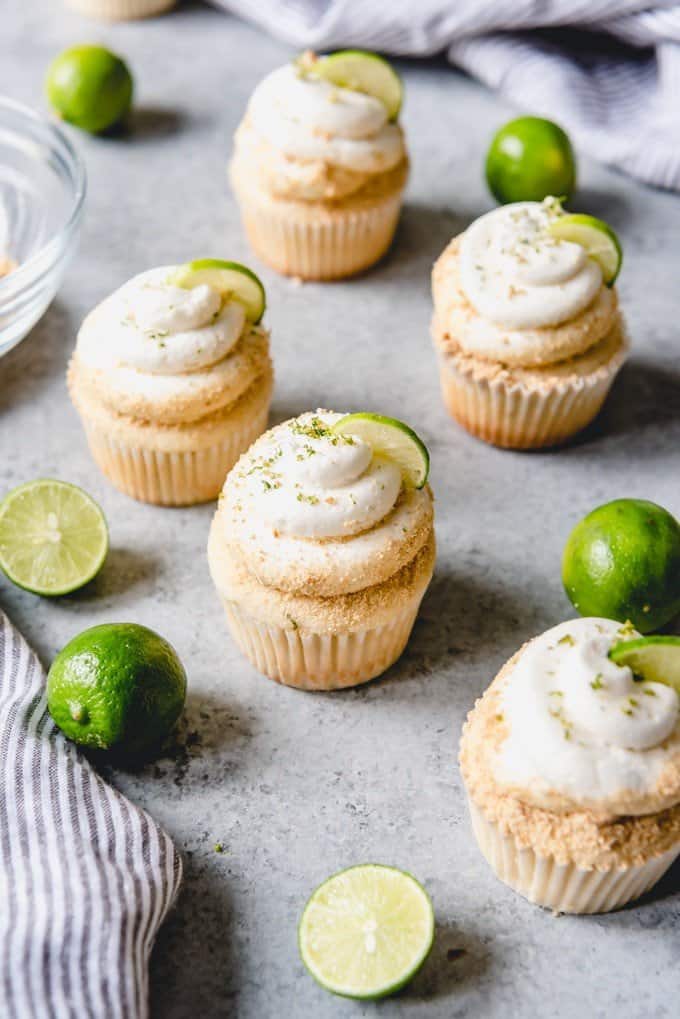 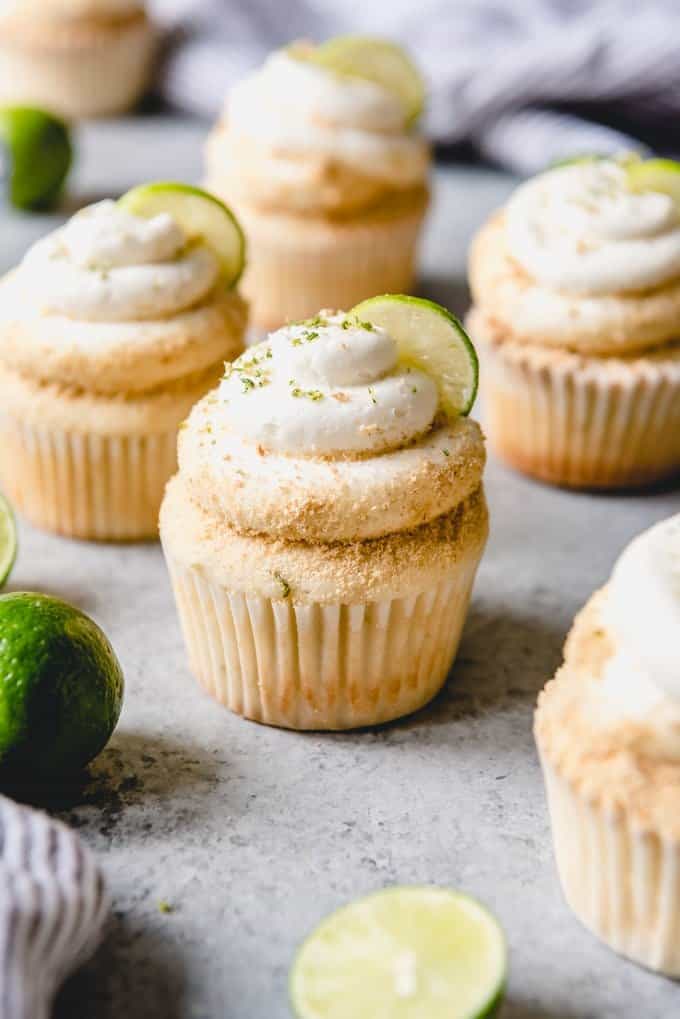 How to Make Key Lime Cupcakes 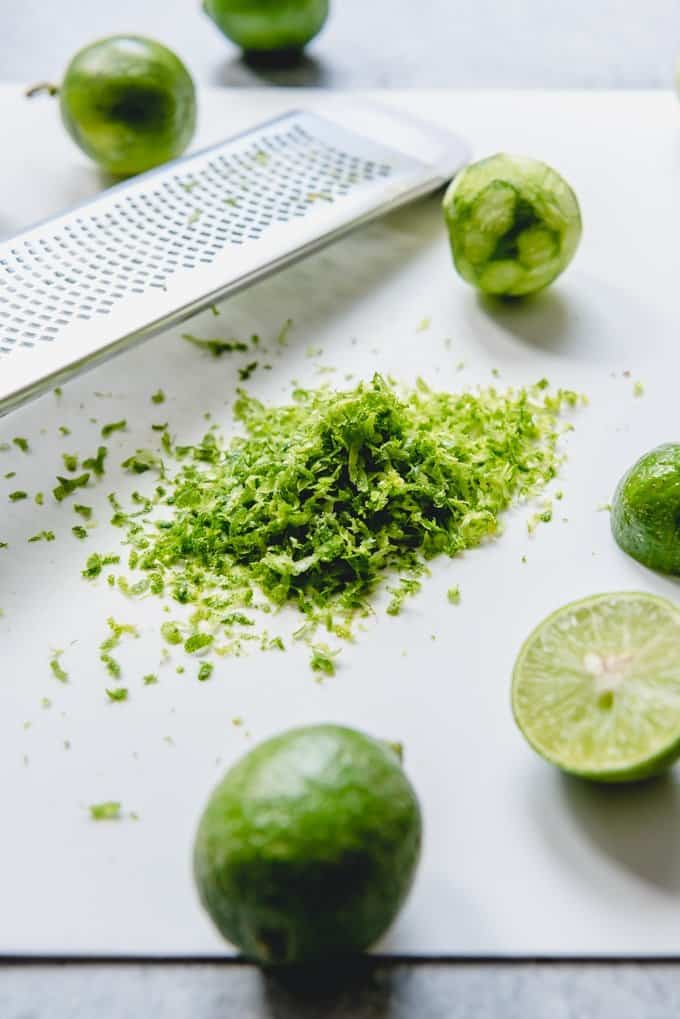 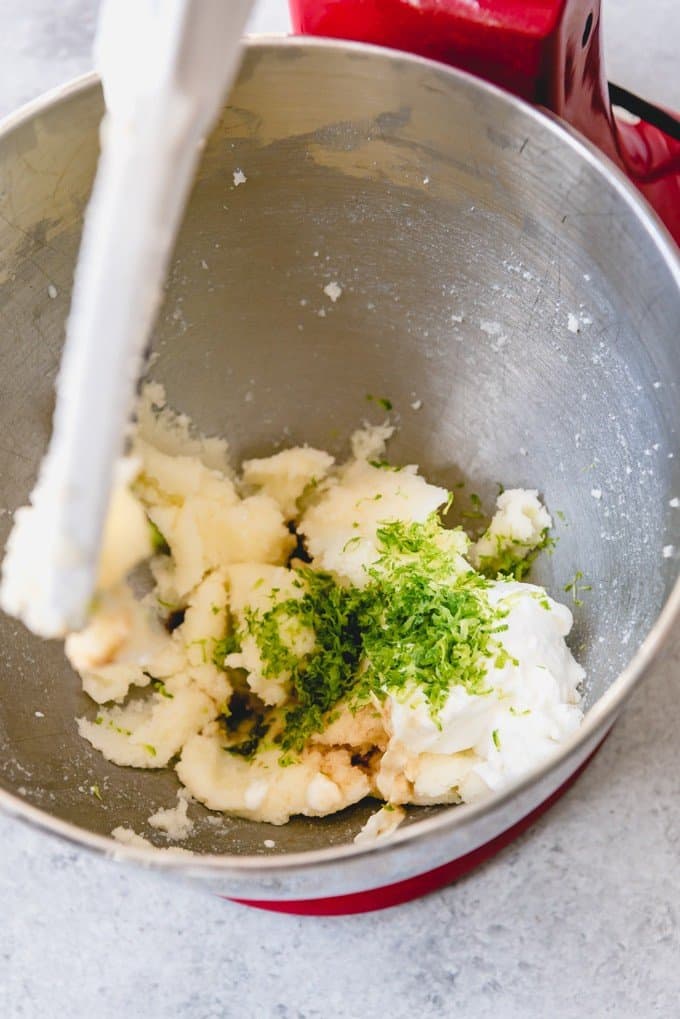 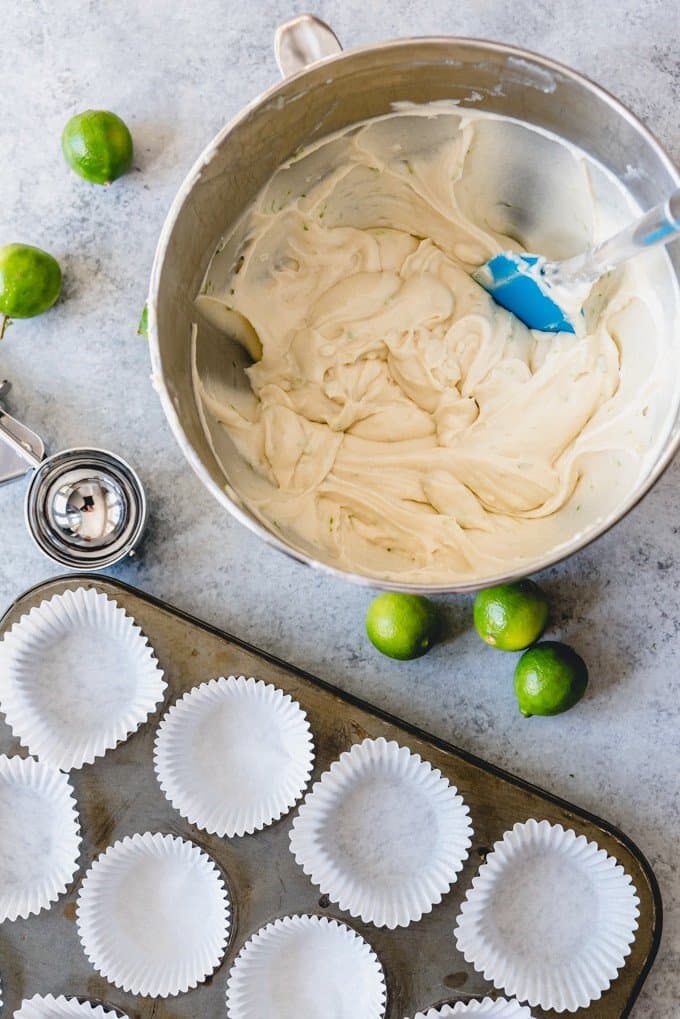 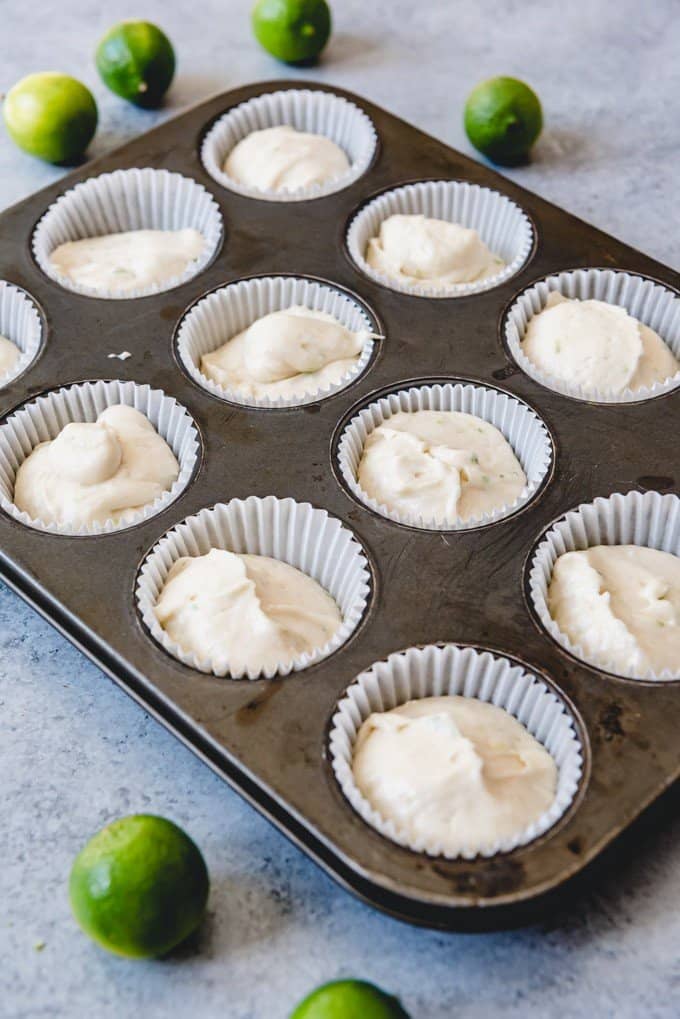 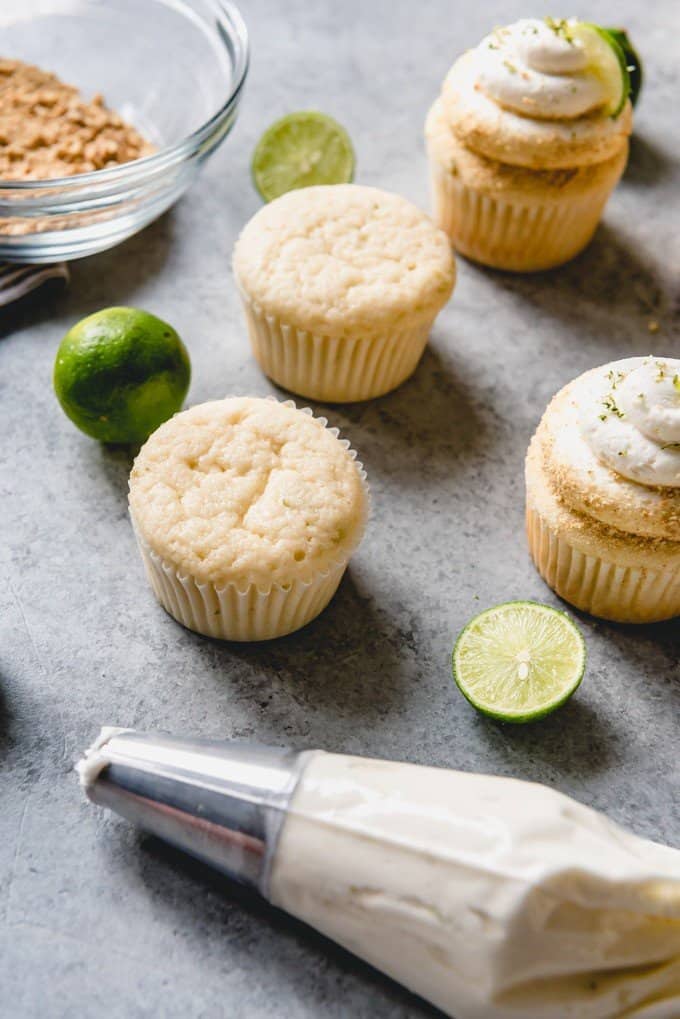 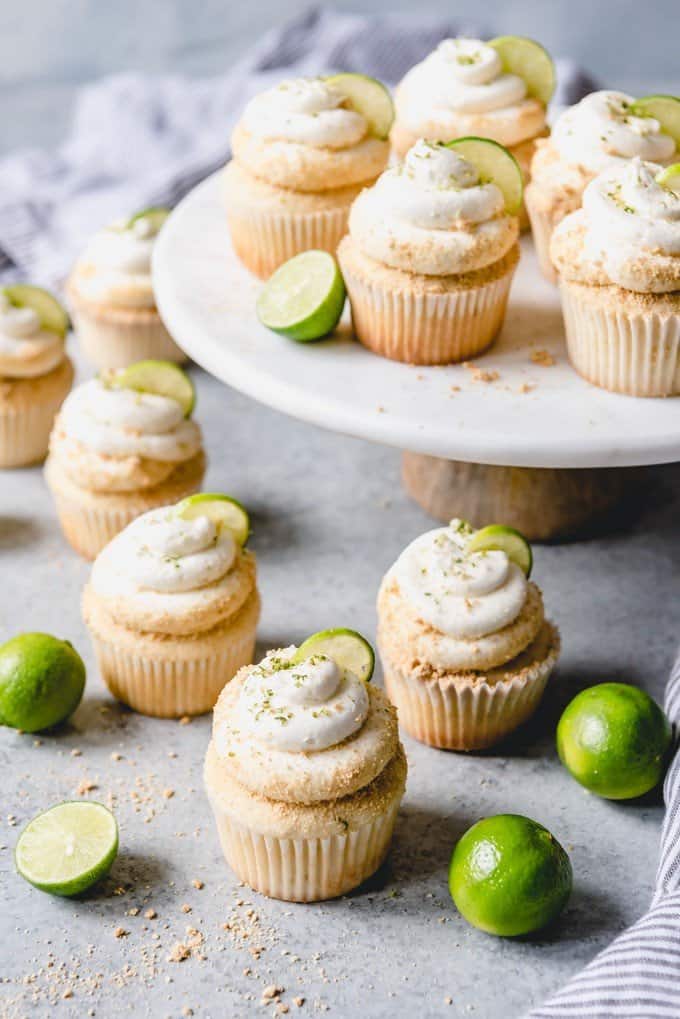 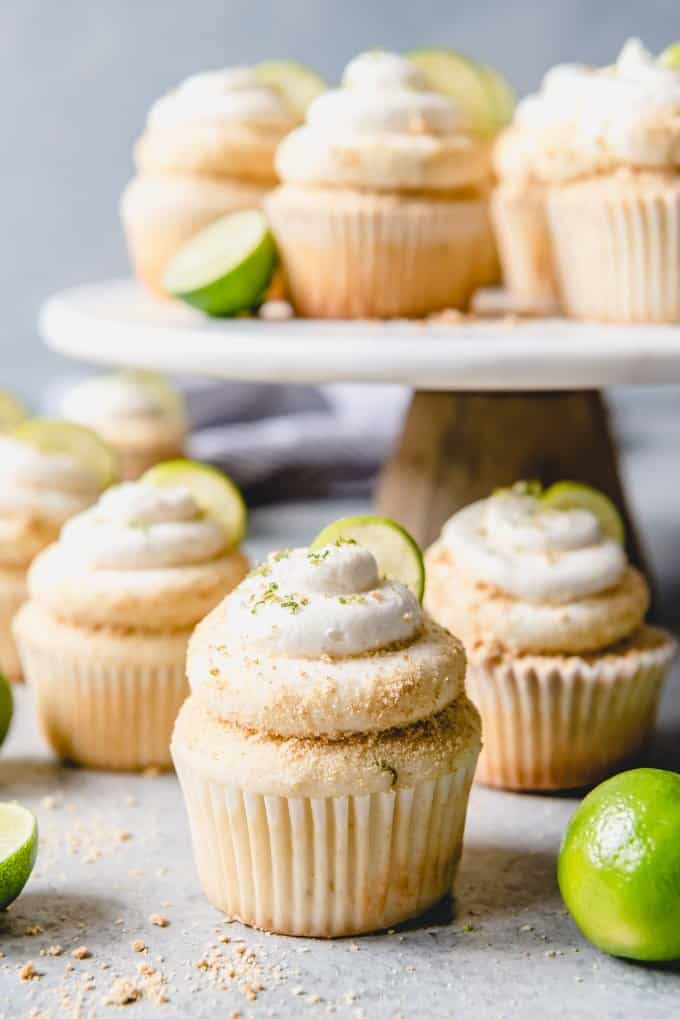 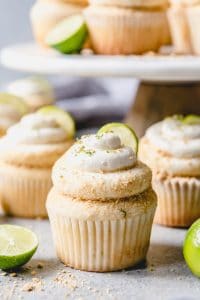 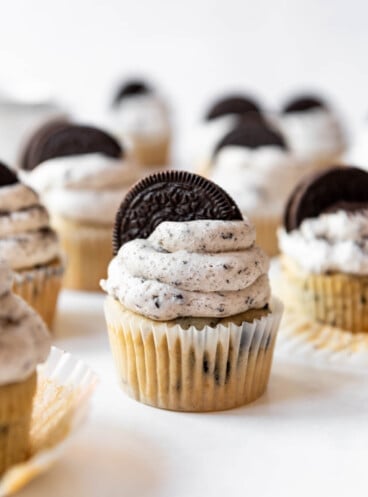 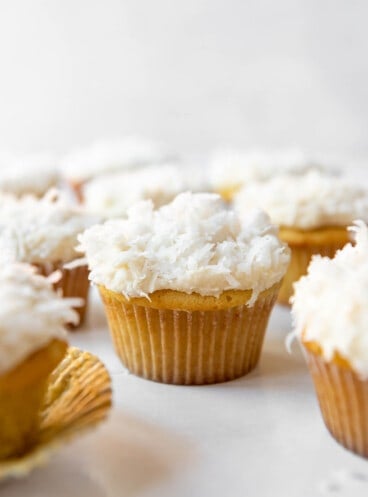 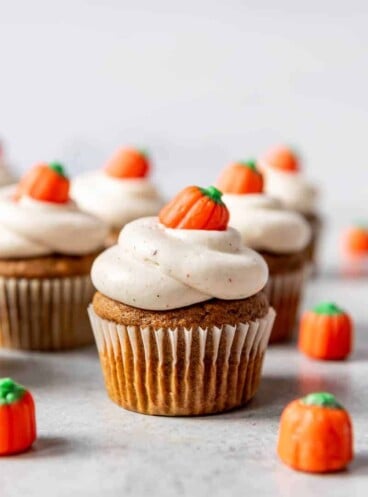 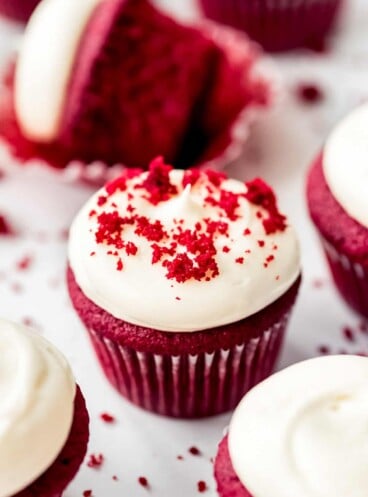