Berry cobbler is an unpretentious, homey dessert and is made even more rustic when presented in a cast iron skillet! Alaskan Mixed Berry Cobbler with Buttermilk Biscuits is an homage to the plentiful wild berries that abound in Alaska each summer! 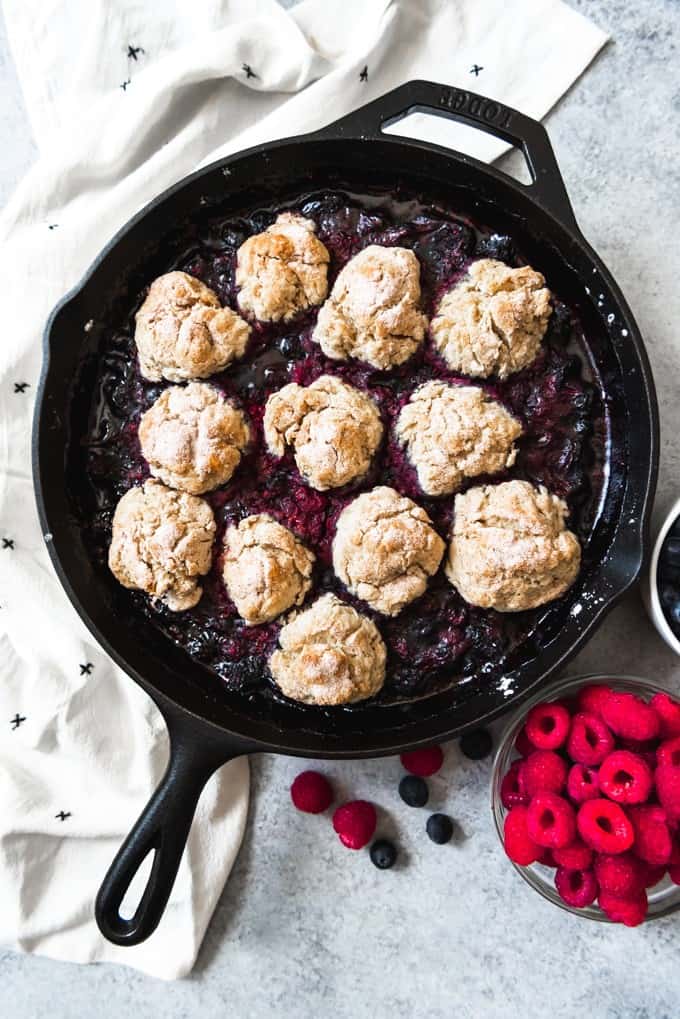 I adore fruit desserts like cobblers, crumbles, and crisps. So much so that this blackberry nectarine crumble was the first recipe I ever shared on House of Nash Eats!

I also shared my favorite peach cobbler recipe last year (and am dying to make it now that ripe peaches are starting to show up at our farmer’s market again!). It’s very different from this mixed berry cobbler, but both are deserving of being made for their different crust choices as much as the fruit fillings!

The term “cobbler” is interpreted very differently in different parts of the country. Some are more cake-like, some are biscuits, and some are kind of in between.

I honestly can’t say which approach is more prevalent in Alaska, despite my attempts to find out. So today I’m sharing a mixed berry cobbler recipe that uses buttermilk biscuits rather than a batter to create the wonderful, buttery “crust” that tops the juicy, bubbling berry filling beneath.

This is my second recipe for Alaska Week in the American Eats series I have been doing on here, where I’m working my way through foods that might be considered representative of each of the 50 states.

Although the growing season in Alaska is short, one of the things that grows in abundance are wild berries. All sorts of berries grow in Alaska during the summer, from blueberries and raspberries, to lingonberries and salmonberries (yes, a real thing!). 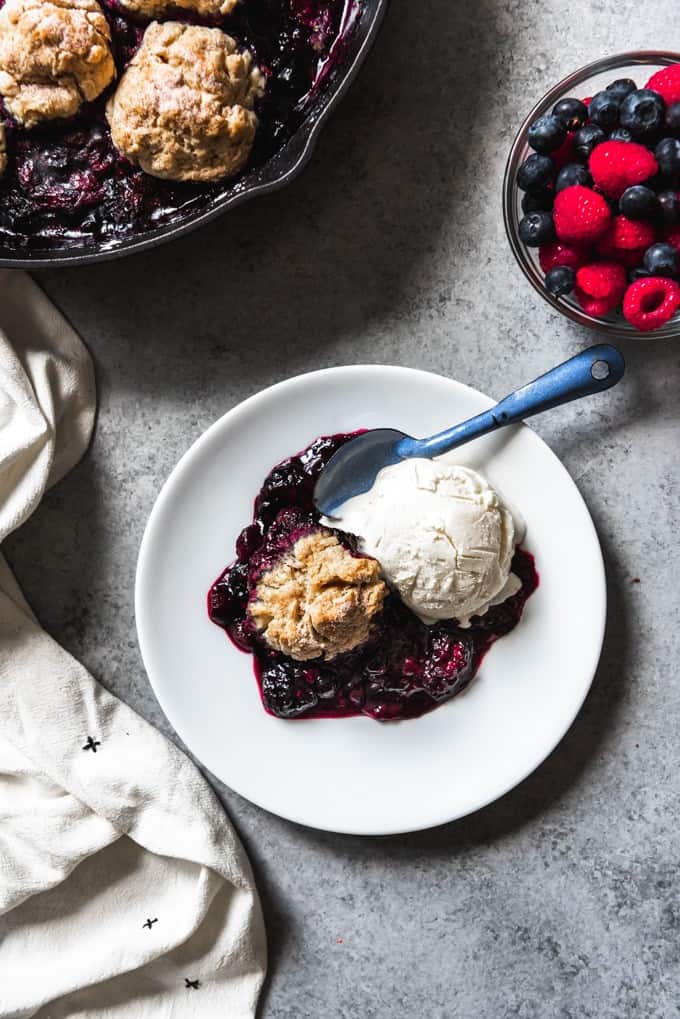 And while I could have used them in any number of ways to create a recipe to represent Alaska, a mixed berry cobbler sounded like just the thing to serve with the grilled soy brown sugar salmon recipe that I shared earlier this week. 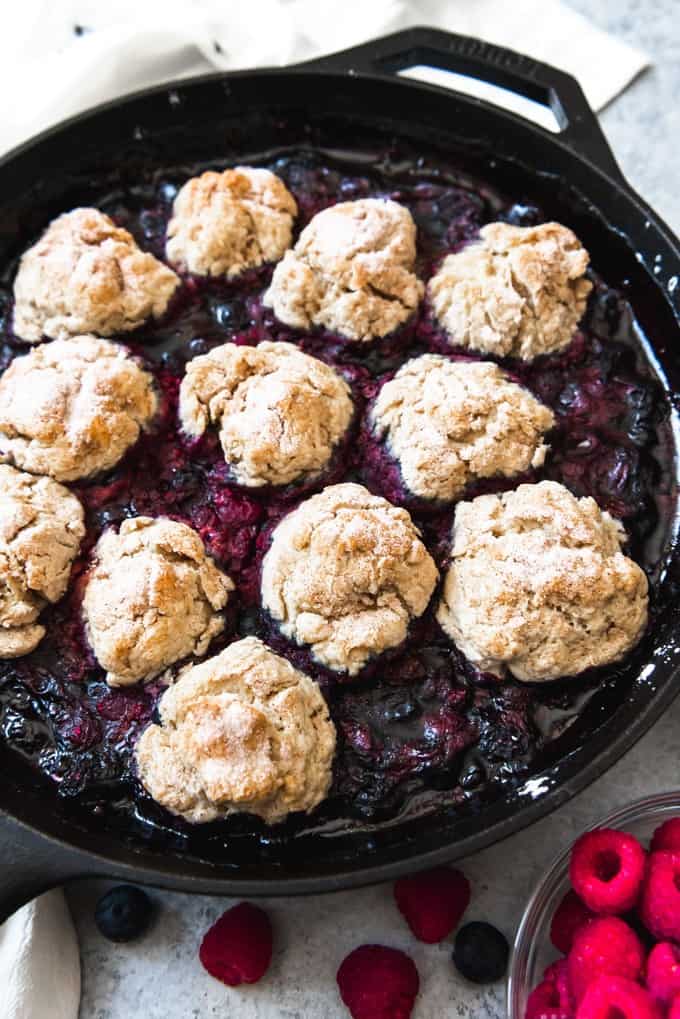 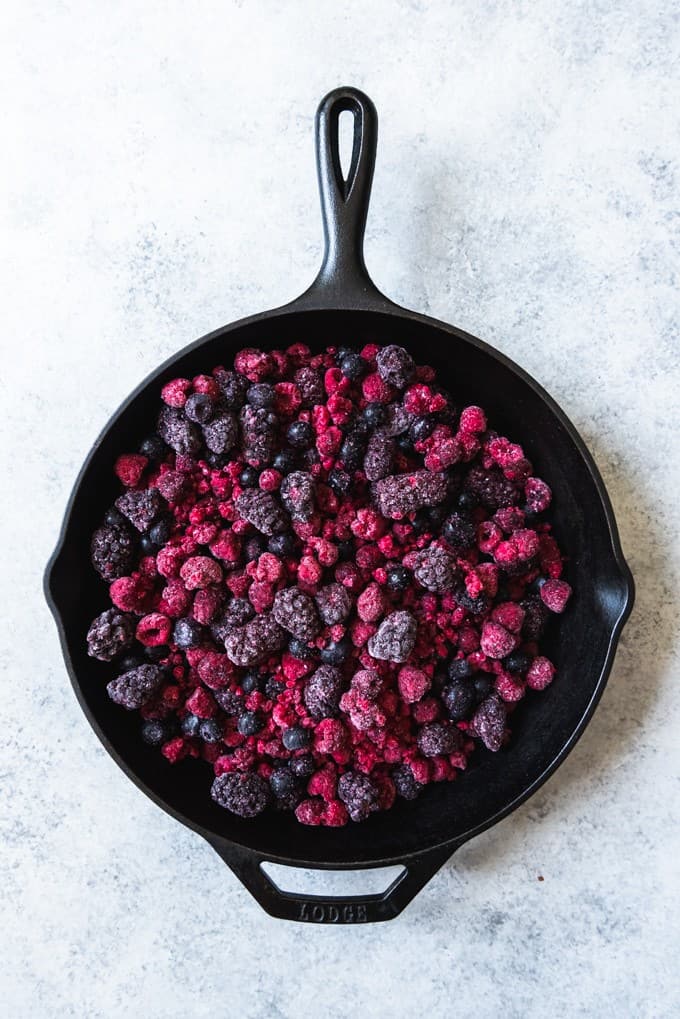 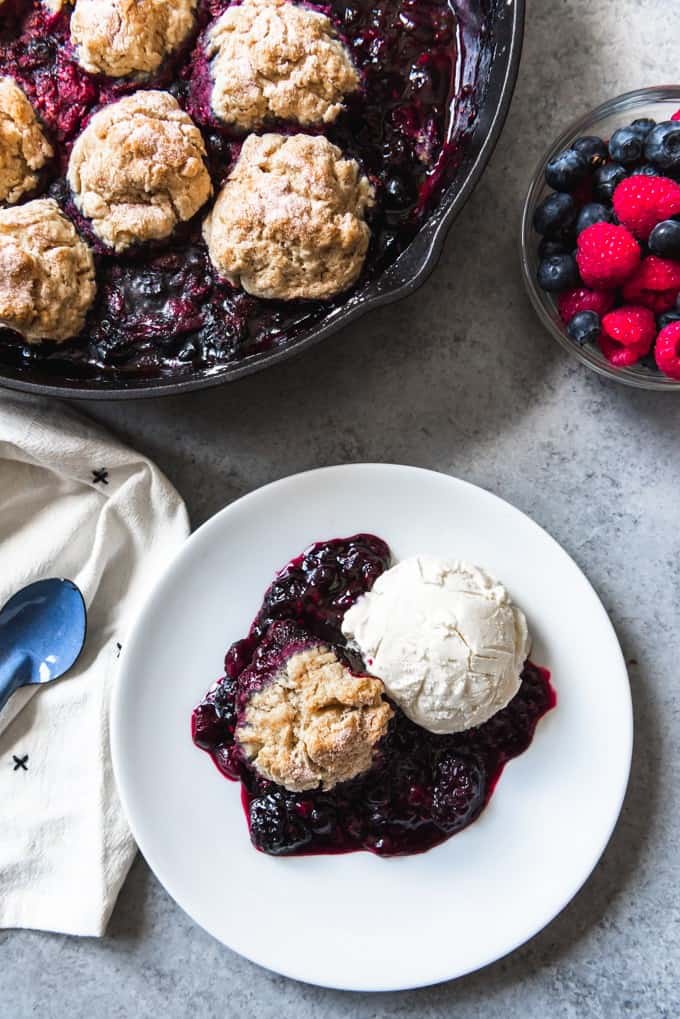 Cobbler can be cooled completely and reheated at 300 degrees for a few minutes until warm.

Have you tried this recipe?

RATE and COMMENT below! I would love to hear your experience. Getting feedback from you helps me and other readers too!   Also, if you share on INSTAGRAM, use the hashtag #houseofnasheats and tag me (@houseofnasheats) so I can stop by and give your post some love. Thank you!!! 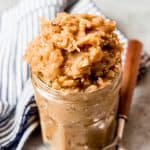