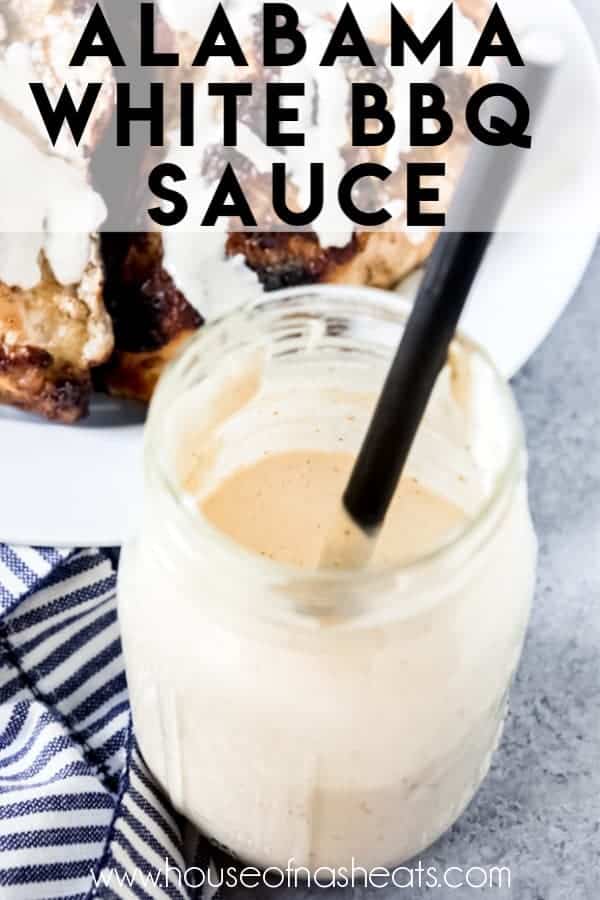 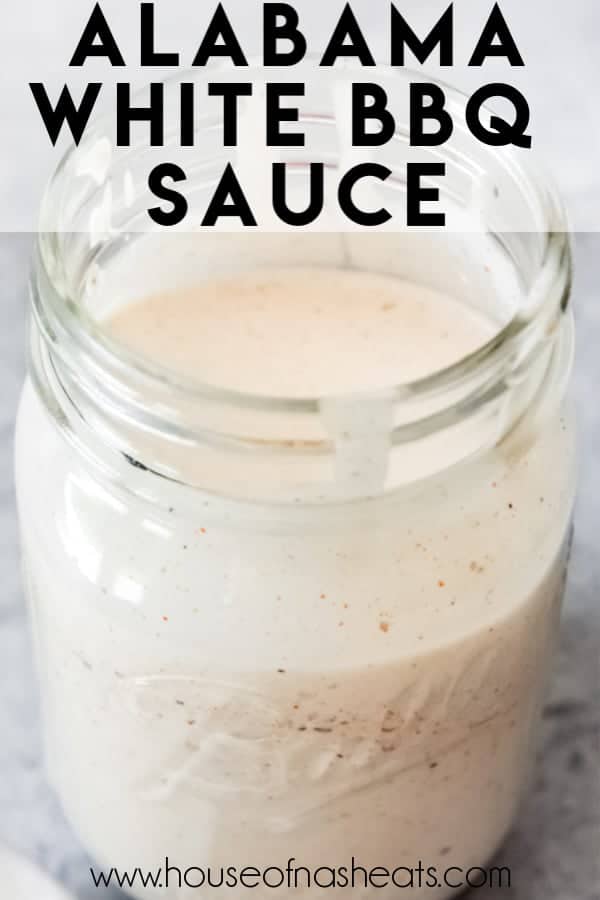 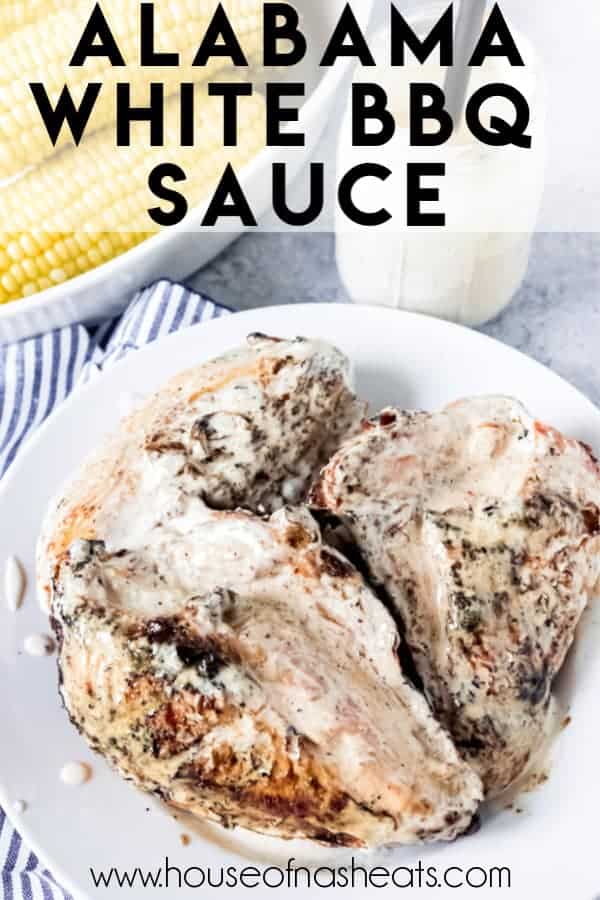 When grilling season rolls around, we do most of our cooking outdoors! Some of our other favorites are Grilled Pork Chops, Santa Maria-Style Tri-Tip, and Beef Kabobs!

This is my second post in my American Eats series where I'm cooking my way across America, one state at a time. We are in Alabama, and yesterday I shared a tasty, savory Southern Tomato Pie.

Today I've got another iconic Alabama recipe for you that might make you scratch your head at first:  Alabama White BBQ Sauce.

If you love barbecue, you probably know that there are lots of regional variations of bbq sauces to enjoy, depending on what part of the country you are from. Kansas City BBQ is known for it's thick, sweet sauce, North Carolina has a thin vinegar based sauce, and South Carolina barbecue sauce is mustard based.

But chances are, you've never heard of this tangy white barbecue sauce unless you've been to Alabama.

Alabama white BBQ sauce was created in 1925 in Decatur, Alabama by a man named Bob Gibson, who started a restaurant that is an institution today called Big Bob Gibson Bar-B-Q.

What is Alabama white barbeque sauce made of?

This sauce starts with a mayo base that is thinned out with a little vinegar, then gets a flavor kick from mustard, horseradish, pepper, garlic powder, and paprika.

It's ridiculously easy to make. You just whisk everything together in a bowl until smooth, then pour into a jar and refrigerate until you are ready to use it. It's so simple, but so, so good.

Use the Alabama white barbecue sauce just like you would any other barbecue sauce - on smoked or grilled meats for basting or as a dipping sauce. We brush it on grilled meat or fish during the last few minutes of cooking on the grill and serve with extra sauce on the side.

How to grill bone-in chicken breasts

When I was testing Alabama recipes, I used this white bbq sauce on bone-in grilled chicken breasts, which we served with tomato pie.

While you can absolutely grill boneless, skinless chicken breasts and have them turn out super juicy and delicious (check out my recipe for grilled cajun chicken sandwiches to see how), I find that when we are doing bbq, I way prefer to go slower and use bone-in chicken.

Here is how we grill bone-in chicken breasts:

You can store the sauce in the refrigerator for up to five days. After that, you would get better results by making a fresh batch. But whenever we make it at our house, it doesn't last very long!

What to serve with barbecued chicken 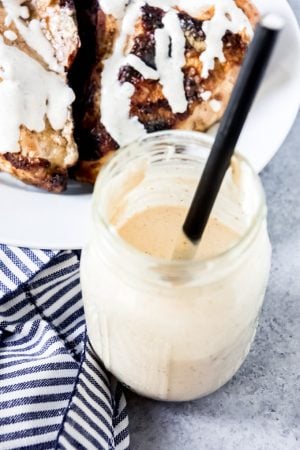 4.74 from 89 votes
Amy Nash
Prep Time 5 mins
Total Time 5 mins
Course Side Dish
Cuisine Southern
Servings 6 servings
Alabama White BBQ Sauce is a tangy, creamy twist on traditional barbecue sauce recipe.  It's delicious on grilled chicken, pulled pork, fish, burgers, and lots more!  This recipe is perfect for 4 large chicken breasts, but you may want to double the recipe if you are grilling for a crowd!