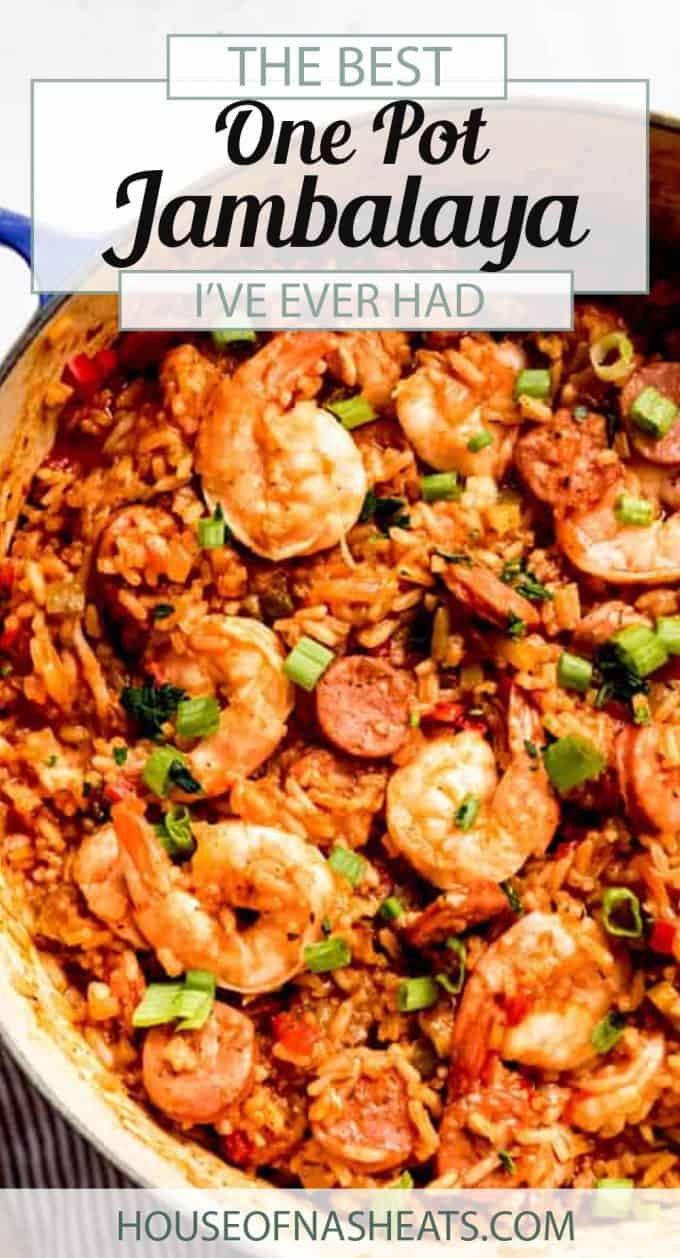 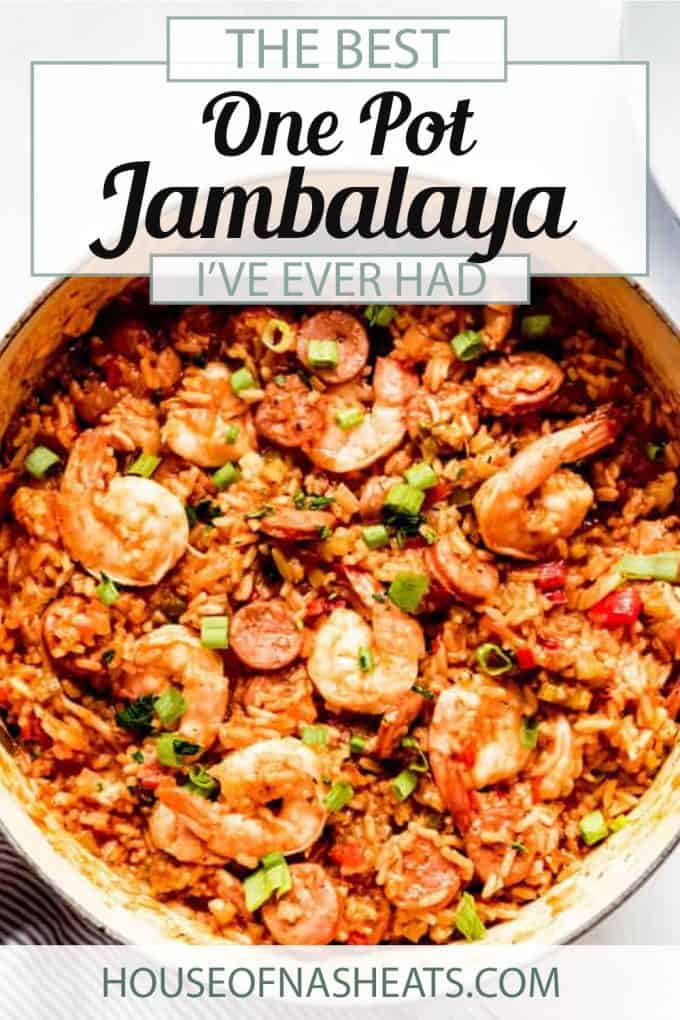 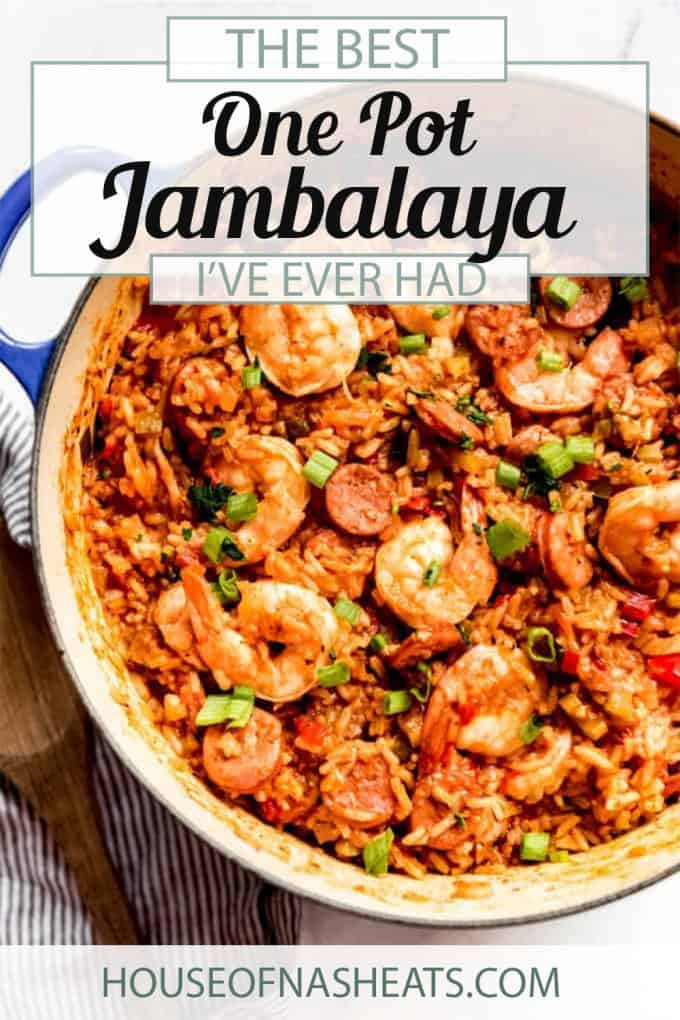 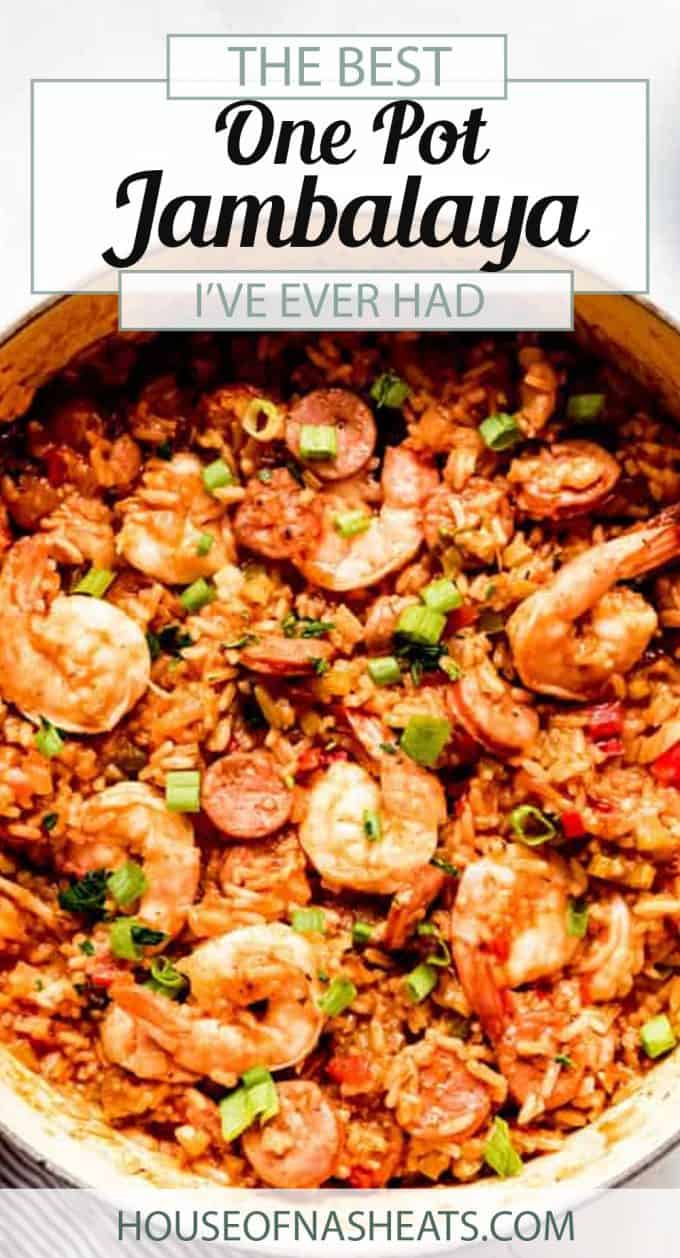 Jambalaya is Louisiana comfort food at it’s absolute best! Made with a rich tomato sauce, spiced to creole perfection, with chicken, shrimp, and andouille sausage, as well as vegetables and rice. It’s so hearty, full of soul, and perfect as a quick & easy weeknight dinner to feed your hungry family!

Making one-pot recipes is a time-saving hack every kitchen needs! Explore more one-pot meals like my creamy One Pot Bruschetta Chicken Pasta, or my hearty One Pot Lasagna Soup!

It's Louisiana Week on House of Nash Eats and we are making some of the best foods and flavors that the Pelican State is known for. This easy jambalaya recipe was an absolute favorite for my family when I was recipe testing and one they have been asking me to make again!

If you are new here, I have an ongoing series that I like to call "American Eats" where I'm exploring the best known foods of each state, one state at a time. Be sure to follow along and check out the recipes I have made from YOUR state! Or leave me a comment and let me know what I should cover when I get there.

Louisiana has a rich food tradition that was influenced by its history as a melting pot of French, African, American and French-Canadian cultures that are reflected in its Creole and Cajun cuisine. The capitol city of Louisiana is Baton Rouge, although the largest city in the state is New Orleans, which is known for its colonial-era French Quarter, raucous Mardi Gras festival, and jazz.

Food from Louisiana is rich and diverse thanks to its incredible culture. They make everything! Sweet beignets, po’ boy sandwiches, gumbo, and  étouffée. The list goes on and on! It was brutal to narrow down what I wanted to make and share for the blog this week.

Jambalaya has to be one of my favorite weeknight meals! It is loaded with plenty of protein from chicken, andouille sausage, and shrimp, fiber and nutrition from veggies, AND rice, as well as absolutely bursting with amazing creole flavor!

This Jambalaya recipe is really easy! It’s all made in one pot in under an hour. Perfect for busy families during the week. There’s less to clean in the end, and this jambalaya recipe doesn’t skimp on flavor. It is a little spicy, but the cayenne and red pepper flakes are optional, especially if you have little ones! My heat-sensitive kids (9 and 6) handled it just fine.

How to Make Jambalaya

What kind of sausage should I use?

The traditional jambalaya sausage is the andouille sausage. It’s a spicy red sausage, loaded with flavor and seasoning. However, it can sometimes be tricky to track down andouille sausage at the local grocery stores, although it's becoming more and more readily available and I found it at every supermarket I went to.

If you run into trouble locating some though, I’d suggest substituting a strong flavored sausage like Mexican or Spanish chorizo, a German or Polish sausage like kielbasa, and in a pinch, even a spicy Italian sausage will do! If you’re feeling adventurous, you can try to make your own andouille sausage. If you don’t want to mess with the casings, just make them into small meatballs before browning them in the pan.

What’s the difference between creole and cajun?

There are two main kinds of food found in Louisiana: Creole and cajun. They both originate in Louisiana. Cajun food was brought over by the French and is more like meaty country-style cooking found along the bayous in places like Lafayette. You could say that it’s French-Southern fusion! Jambalaya’s origins are cajun, but it can have a creole twist too!

Creole food was created in the city of New Orleans, and is known for it’s rich, tomato sauces as well as the addition of seafood like shrimp. It is French as well, but also has African, and Native American roots, along with other European influences like Italian, German, Spanish, and also Caribbean. It truly represents the melting pot of New Orleans!

How is creole jambalaya different from cajun jambalaya?

When it comes to jambalaya, there are also two kinds: Creole and cajun, of course! The Creole like this recipe is a red, tomato-based jambalaya with shrimp along with chicken and sausage. Chicken and sausage are added to the pot and cooked along with the "holy trinity” of cajun cooking. The Holy Trinity is onion, bell pepper, and celery.

Cajun is a brown jambalaya with no tomatoes. The meat is browned first in the bottom of the pot, before adding in the “holy trinity” vegetables and stock. The bits of meat that stick to the bottom is what gives Cajun Jambalaya it’s brown color.

Jambalaya vs. Gumbo: What’s the difference?

The main difference between jambalaya and gumbo is that jambalaya is a rice dish, similar to paella, while gumbo is more like a soup or stew, served separately over rice. Gumbo also uses other unique ingredients like okra, which is not typically found in Jambalaya. 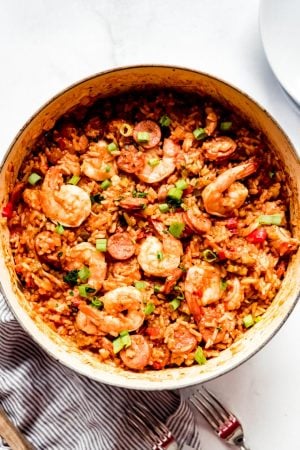 Adapted from Swanky Recipes and The Forked Spoon. 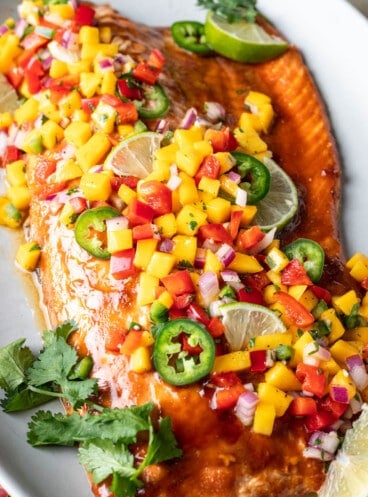